Finally, it's confirmed. The man we thought was on our side was really a spycop paid to watch us. - Canary 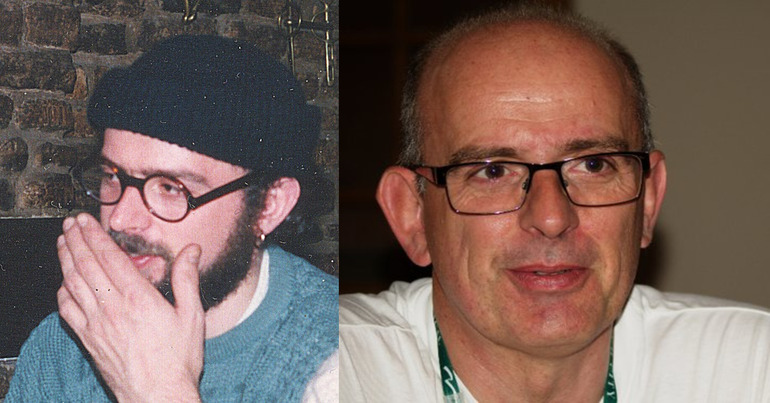 In the early 90s, I was part of a London direct action peace group, Active Resistance to the Roots of War (ARROW). We formed to oppose the 1991 Gulf War, and hadn’t been together long when a new member joined the group. His name was Andy Davey.

We used to call him ‘Andy’, our fingers making inverted commas in the air. We didn’t trust him – but we didn’t know he was a spycop.

Right from the start though, we thought he was a bit odd. He said he was heavily involved in animal rights, but if pressed for detail would become very mysterious. He seemed to want us to believe that he was in so deep he couldn’t reveal what he was up to.

I didn’t know much about animal rights activists but I assumed that, if you were one, you wouldn’t go around telling strangers about it. But none of us suspected he was a police officer. He hung around for six months or so, came to several protests with us, then disappeared.

Andy Davey – actually Andy Coles – is the latest spycop confirmed by the Undercover Policing Inquiry (UPI). He was part of the Special Demonstration Squad, a police unit set up in the late 60s to target political groups. Most of his work was with animal rights groups, but Coles appears to have targeted ARROW first.

The original author of the copy of the Tradecraft Manual published today was HN2, whose real name is Andrew Coles.

Coles, currently a Conservative councillor and school governor in Peterborough, was exposed in May 2017 by the Undercover Research Project. He subsequently resigned from his position as deputy police and crime commissioner for Cambridgeshire. But he refused to confirm that he had been ‘Andy Davey‘, a police spy who had infiltrated animal rights and pacifist groups in the 90s.

At the same time as confirming Coles’ undercover role, the UPI released a ‘Tradecraft’ manual written by him for the use of other officers. It covers areas including how to find the name of a dead child to use as a cover name [pdf, p20], how to make a convincing cover story [pdf, p25 – much of this part is redacted], how to choose “a credible duff” (lodgings) [pdf, p29], how to make contact with your target group [pdf, p32], and how to leave [pdf, p48] without arousing suspicion.

The manual warns [pdf, p19] against using “racist, sexist, speciesist or sizeist language” in left-wing circles. It tells [pdf, p19] undercover officers not to appear to know too much about police procedures “and remember to get some facts spectacularly wrong so you can be corrected!”.

Throughout, Coles shows contempt for the people he’s infiltrating, describing them as “wearies”[pdf, p20], saying [pdf, p27] that:

Being a little untidy, smelly and rumpled is a natural state for many of the people in our target groups.

There are sections on the various groups officers might infiltrate, including environmentalists, the SWP, animal activists, and anarchists, of whom he says [pdf, p44]:

The crusty lifestyle in particular is really unpleasant. You will be expected to eat food you wouldn’t put in your own bin, drink tea from cups which appear to have grown their own beards and sit on furniture which is alive. The squatters are notorious for taking people for all they can get and if you appear to be prepared to help them in a move or to drive them somewhere they will use you until you drop. Worst of all, they smell disgusting in the summer months!

Like a number of other undercover police officers, he had a sexual relationship with an activist whilst undercover. ‘Jessica’ was 19 when Coles “lunged at me and kissed me”, leaving her feeling “shocked, embarrassed, awkward and totally out of my depth”.

‘Jessica’ says she had low self-esteem, no confidence, suffered from panic attacks and had been treated for anxiety. She began a sexual relationship with Coles:

He absolutely knew that I would have never consented to have sex with a police officer. As far as I’m concerned he did it knowing it would have been against my will.

This rather goes against his advice in the section on “sexual liaisons” [pdf, 36]. Coles says:

While it is not my place to moralise, one should try to avoid the opposite sex for as long as possible.

He goes on to suggest [pdf, p36] that a “lack of interest” (in forming a sexual relationship) may be seen as suspicious, and that:

In fact, there were “serious consequences” of Coles’ relationship with Jessica – but not for him. Jessica was left utterly traumatised, feeling “shame” for something that she says was “very sordid, dirty and manipulative”. She says:

I can’t get a moment’s peace from any of this. It’s twisting the knife that he remains in a trusted public position, as though what he did to me means nothing.

Jessica is now part of a campaign to have Andy Coles sacked from his positions as school governor and councillor.

He “just lunged at me”

In addition to targeting Jessica, Coles targeted a number of other women whilst undercover, including a woman from ARROW. One woman said of his behaviour:

Very soon after arriving he made a pass at me with no preamble. As I recall he did not say anything at all but just lunged at me and tried to kiss me. I pushed him off and he persisted for a while (several minutes), following me around the living room, while I avoided contact and repeatedly asked him to stop.

Following the confirmation from the UPI, Coles gave an interview to the Peterborough Telegraph. He claimed that he had infiltrated:

some of the most committed and violent animal liberation extremists operating in the UK in the early 1990s.

Like most people in political groups, those of us in ARROW were certainly committed – but we were never violent. And ‘Jessica’ points out:

Coles has insisted that he infiltrated "violent" groups/ "Animal Rights extremists" – no mention of the anti-war groups at all, or of the kind of leafleting that @Jessica_me2 & her friends were doing – raising awareness of the cruelty of animal experiments https://t.co/LCt8YjB3ZQ

In ARROW, we operated openly and accountably – anyone could come to our meetings. And whilst we may have made a nuisance of ourselves at times (I was once arrested three times in one week), the police would have known that we were completely peaceful. If the police consider a completely nonviolent group such as ARROW to be a suitable target for infiltration, then any activist group is at risk.

The Special Demonstration Squad was disbanded in 2006, and replaced by the National Public Order Intelligence Unit. This maintains a database of domestic extremists and there’s every reason to believe that Andy Cole’s successors are still infiltrating political groups such as ARROW today.

– Support the campaign to have Andy Coles sacked from his public positions.

– Support Police Spies out of Lives.