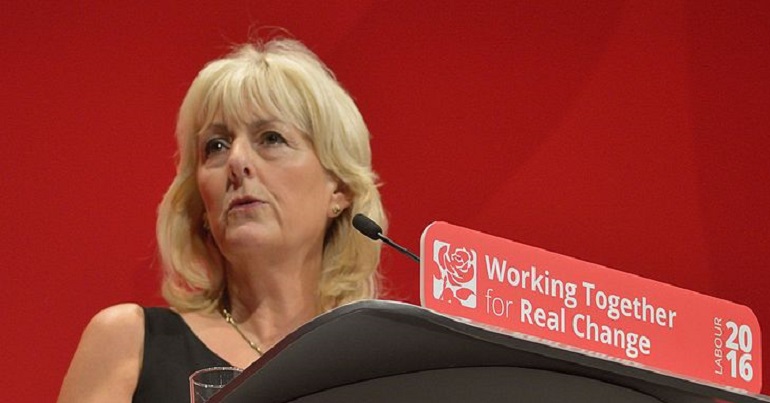 On 20 March, the Labour Party appointed Jennie Formby as its new general secretary. The right-wing press immediately attacked her appointment. Ignoring her formidable record as a union organiser and work in the NEC, Formby has been represented as Jeremy Corbyn’s puppet and as evidence of his “hard-left” seizure of the Labour Party machine. But it’s obvious why the press barons are running scared.

Formby barely had time to update her Linkedin profile and Twitter feed before the right-wing press came gunning for her. Predictably, the billionaire-owned propaganda machine spun the news of her appointment as a sinister seizure of power by Corbyn and Unite leader Len McCluskey.

The Telegraph ran the headline: Corbyn and McCluskey tighten grip on Labour party as ally Jennie Formby appointed party’s new general secretary. The Express went with: Corbyn cements grip on Labour as hard-left union boss Formby named general secretary. The Sun also framed the appointment as an imposed “hard-left” takeover of the Labour Party. And The Times declared that “moderates are no longer welcome” in the Labour Party.

Even Heather Stewart, political editor of The Guardian, termed the appointment a “coronation” and declared it the culmination of Corbyn’s “two-year battle” to gain “complete control of the party machine”.

A few outlets, though, offered a more balanced view. The Evening Standard, The Independent, and the Huffington Post all focused on Formby’s record and experience. And the BBC, surprisingly, showed some balance, covering her four decades of experience as an organiser.

That’s because Formby, the second woman to be appointed Labour general secretary, has a formidable record. She has been a member of the Labour Party for 40 years. She was regional officer in the UK’s largest trade union – Unite – for 17 years. In 2004, she became the national officer for Unite’s Food, Drink, and Tobacco Sector. Between 2013 and 2016, she was political director of Unite before becoming the southeast regional secretary. She has been on the NEC for seven years.

In other words, her appointment to general secretary of the Labour Party is the result of her experience and abilities as a trade union organiser.

As Corbyn said when he congratulated Formby:

Her talent, experience and commitment to the Labour and Trade Union movement makes me confident she will play a crucial role in building on last year’s inspiring General Election advance and taking our party forward to victory.

As someone who has dedicated her life to fighting for workers’ rights, equality and social justice, I know Jennie will put all the commitment, drive and organising talent into getting Labour into government and Jeremy into Number 10.

And this is why the media barons are afraid of Formby. Her experience and talents as an organiser and political operative suggest that she will indeed play a crucial role in taking the party forward to victory. As Formby says:

Labour is preparing for government.

And a Labour government led by Corbyn – who plans higher taxes on billionaires and large corporations – is what the billionaire-owned media fears.

The press is scared of Formby because she will be good at her job.