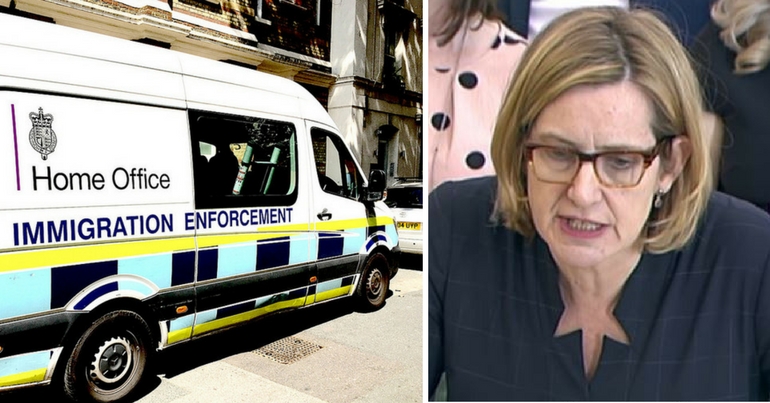 Amber Rudd is facing calls to “resign immediately” after new evidence shows she was given a memo about immigration removals targets in June 2017. This undermines her claim that there were no such targets, and her second claim that she was unaware of them.

It also raises the question of whether she misled parliament over the issue.

Targets for removals. When were they set?

We don’t have targets for removals.

Cooper told her the committee had just heard evidence that the Home Office did have regional targets for removals. Rudd said:

I didn’t hear the testimony… If you’re asking me are there numbers of people we expect to be removed, that’s not how we operate.

By the following day, Rudd had changed her story slightly. Speaking in the House of Commons, she said:

there are some offices which are working with [targets]. Unfortunately I was not aware of them, and I want to be aware of them, which is why I am now putting in place different measures to ensure that that happens.

Now new evidence has emerged which contradicts what Rudd says she knew. A Home Office memo from June 2017, leaked to The Guardian, says that the department has set:

It also goes on to say that the department is on a:

path towards the 10% increased performance on enforced returns, which we promised the home secretary earlier this year.

The memo includes a list of recipients: the home secretary is among the first to be named.

The Guardian put questions about the memo to Rudd. She didn’t respond, however, until late at night via Twitter:

1/4 I will be making a statement in the House of Commons on Monday in response to legitimate questions that have arisen on targets and illegal migration.

2/4 I wasn't aware of specific removal targets. I accept I should have been and I'm sorry that I wasn't.

3/4 I didn't see the leaked document, although it was copied to my office as many documents are.

4/4 As Home Secretary I will work to ensure that our immigration policy is fair and humane.

Amber Rudd either failed to read this memo, and has no clear understanding of the policies in her own department, or she has misled Parliament and the British people. Either way, she needs to accept responsibility and resign immediately.

Rudd says she will be giving a statement to the House of Commons on 30 April. But the way things are going, it could well be her resignation speech.