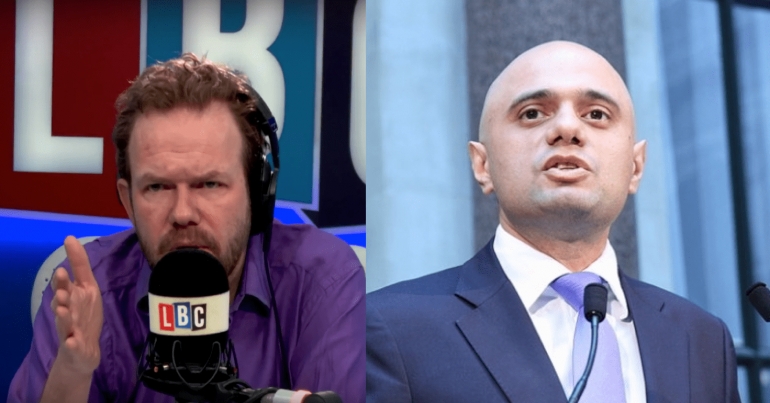 Home secretary Sajid Javid has promised to “do right by the Windrush generation”. But when it came to voting on a motion that would reveal details of the Windrush scandal, his actions suggested otherwise. He voted in favour of keeping Windrush documents a secret.

So LBC’s James O’Brien took to Twitter to highlight the home secretary’s hypocrisy:

On Monday, @sajidjavid vowed to leave “no stone unturned” in pursuit of the truth about Windrush.
On Wednesday, he voted to keep all details of how it happened secret.
Dizzying hypocrisy has become a prerequisite for membership of Theresa May’s Government.

In showing his support for Windrush migrants, Javid said:

That’s why I am so personally committed and invested to resolving the difficulties faced by the people of the Windrush generation, who have built their lives here and contributed so much.

He also emphasised how he would resolve the issue as a “matter of urgency”, and that it’s his “most urgent task”.

On Wednesday, however, Conservative MPs – including the home secretary – voted against releasing information that would shine a spotlight on how much ministers really knew about the way Windrush migrants have been mistreated.

all papers, correspondence and advice including emails and text messages, from 11 May 2010 up to and including 1 May 2018, to and between Ministers, senior officials and Special Advisers relating to policy decisions… with regard [to] the Windrush generation cases…

As The Canary previously reported, Theresa May ordered Conservative MPs to vote it down, effectively covering up her role in the Windrush scandal. And they did what she asked.

In response to the vote, Abbott said May was not doing enough to “right the wrongs” that the Windrush generation has experienced.

O’Brien also expressed his frustration at the situation on LBC:

Javid has displayed astounding levels of hypocrisy. As has the PM. This scandal – and the dismal way it’s being handled – is a further stain on the current government’s record. And it’s one the public is unlikely to forget.