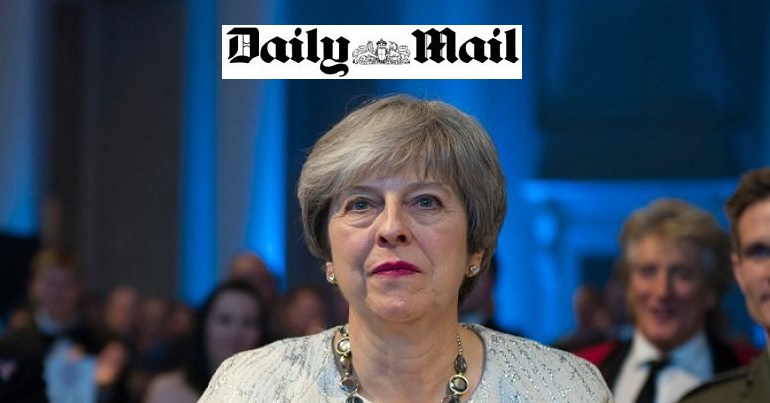 The Daily Mail launched a surprising attack on the Conservative government on 3 May. The onslaught was surprising because, not only is the tabloid usually pro-Tory, but it chose to lash out on polling day.

Some actions by the UK government are, however, too repulsive for even the Daily Mail to stomach. These include, it appears, the Conservative government’s “new betrayal”.

During the UK’s invasion of Afghanistan, the military depended upon the help of local interpreters. Many Afghan interpreters served in the British army during this time.

But the UK government has not automatically rewarded these people, who often face threats from the Taliban at home, for their efforts. Instead, it has refused hundreds of them entry to the UK, based on when and where they served. Now, the Daily Mail claims that the interpreters it did let in face deportation unless they pay to stay. The tabloid explains:

More than 150 translators given sanctuary after risking their lives for UK troops said they have been ‘left in limbo’ because of rules that could see them leave as soon as next year.

The government allowed the interpreters in on a five-year visa. And the Daily Mail reports that, unless they can afford the visa fees to apply for leave to remain, they’ll be deported when the five years are up.

As the tabloid’s headline suggests, this is a “betrayal”. And it’s the latest example in a long line of them. In December 2017, the Home Office attempted to deport an Afghan interpreter. Hafizzulah Husseinkhel, who’s now “mentally and physically sick”, served the British Army between 2010 and 2012. Meanwhile, the government denied entry into the UK in January for an interpreter who worked for the British Army for 16 years.

The Home Office truly appears obsessed with pulling up Britain’s drawbridge. It has, of course, also tried to throw many of the Windrush generation out of the country. And although that scandal led to Amber Rudd’s resignation as home secretary, her replacement doesn’t look much better. Her successor, Sajid Javid, came to office saying he’d “do right” by the Windrush generation. But he quickly voted against bringing any transparency to how the scandal unfolded.

Tory-bashing in the Daily Mail is a rarity. And typically, the tabloid couldn’t resist making a distinction between what it sees as ‘good’ migrants (interpreters) and ‘bad’ migrants (people “who crossed the Channel illegally”) in its attack. But it is right to go after the Conservative government for this “betrayal”. Because it’s turning its back on people who have put themselves in danger for Britain.

It’s just a little surprising that the Daily Mail would make that so clear on polling day itself.