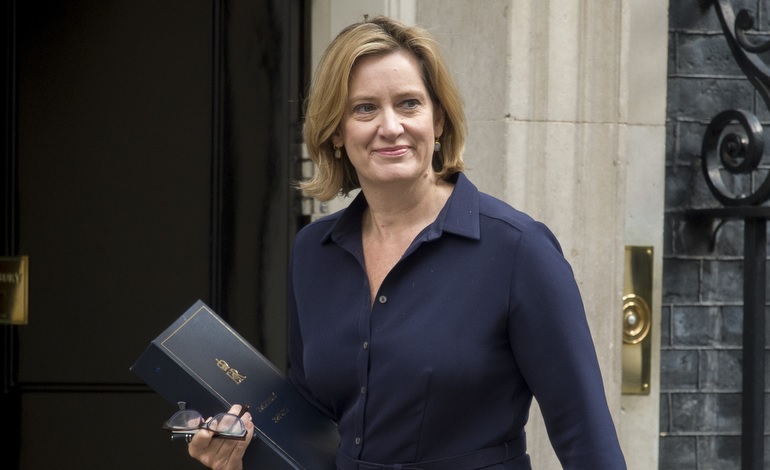 Amber Rudd’s Home Office is trying to deport a “mentally and physically sick” Afghan man who served in the British Army. That’s the ‘thanks’ Rudd is giving to the interpreter who says he “saved British lives”.

The High Court has granted a temporary injunction on the removal. But the attempt speaks volumes about our supposedly patriotic British officials.

Hafizzulah Husseinkhel served as an interpreter in Afghanistan for the British Army between 2010 and 2012. He also worked for NATO before that. Husseinkhel left his country in 2014, however, after the Taliban threatened his life. He came to the UK in 2015.

But The Independent reports that the Home Office handed Husseinkhel removal papers on 29 November. And it took him to a removal centre near Oxford. The Home Office reportedly planned to deport him between 6 and 22 December. Husseinkhel said:

I tried to follow the rules. I waited in Austria for a year, but they told me I couldn’t get asylum there because they aren’t part of NATO so my work for the US and UK forces didn’t matter to them.

So I decided to come to the UK, because they know me better and I worked for them. I saved British lives. But the Home Office doesn’t care. I feel betrayed.

A former senior British Army officer, William Locke, said the “ridiculous” decision was “clearly wrong”. He added that Husseinkhel had “put his life on the line for us for some years” and “deserves better treatment”.

The High Court has now granted an injunction against the removal. This means the Home Office can’t remove Husseinkhel during judicial review proceedings. His barrister, Paul Turner, said:

Whilst this good news, it does not detract from the manner in which the Home Office have, in my view, unlawfully detained this mentally and physically sick man.

Turner will challenge the removal on the basis of Husseinkhel’s health, army service, and the danger he faces if he returns to Afghanistan.

This isn’t the only case that’s captured the public’s attention recently. The Home Office also caused uproar by attempting to deport Samim Bigzad in September. This case ended up in the High Court too.

These are just two examples of the tens of thousands of deportations that happen every year. But Husseinkhel’s case is striking. Because he’s “put his life on the line” for Britain. Yet our supposedly patriotic officials don’t appear to give a damn.