The BBC is teaching kids how to spot propaganda in UK schools. Will they start with themselves? [TWEETS] - The Canary 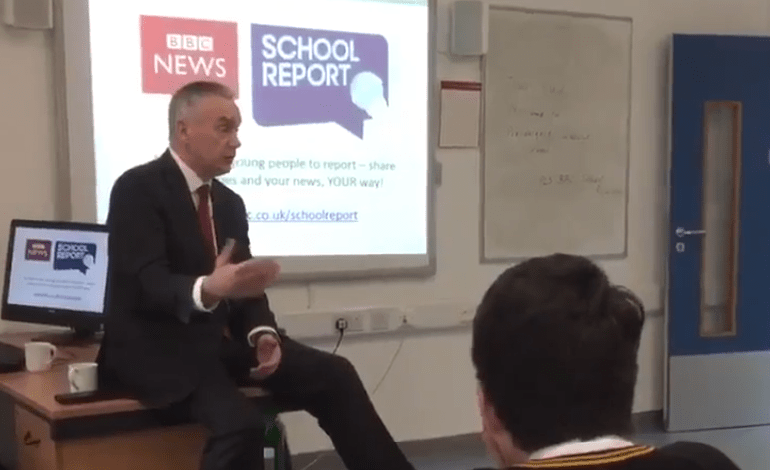 The BBC will teach kids how to spot propaganda in schools across the UK. High-profile BBC journalists will enter classrooms in up to 1,000 secondary schools and sixth forms and train children in identifying ‘fake news’. But many have asked whether they will start with themselves.

On the same day the BBC announced the initiative, the outlet was caught broadcasting major inaccuracies. BBC News at Ten broadcast footage of two Indian actors, while reporting on the death of Bollywood star Shashi Kapoor. Neither of them were actually the deceased actor.

Someone at the BBC thought the brown person in this VT is the same person. Worse still neither of them are the deceased actor [anchor] Huw [Edwards] refers to. It’s poor when it would have taken them seconds to verify. Not enough care.

“Do they refer to websites such as the BBC?”

But the BBC‘s scheme seems to be teaching schoolchildren that, if information comes from the BBC or experts, it will probably be true. One question asks students:

Are they referring to experts, do they refer to websites such as the BBC?

As well as direct mentoring in the classroom, the BBC will provide online materials, video tutorials and an interactive game where children pretend to be a BBC reporter.

Never has it been so important for young people to develop their critical thinking… and have the skills to filter out fakery from the truth, especially on their busy social media feeds.

BBC News, as the most trusted news provider and home of Reality Check, is ideally placed to bring this project to schools and young people around the country.

Harding has gone on the record as “pro-Israel”. There are well-documented allegations about the influence of the Israeli lobby over the BBC:

This is from arguably the world's biggest purveyor of state-friendly, corporate-boosting propaganda on the planet.

However, it's been filed under 'Entertainment and Arts', so you may well regard this as entertaining and/or artistic.
https://t.co/qjEXGq7k1i pic.twitter.com/Fz8yNILrmr

The BBC insists that it reports “the news independently without fear or favour”. But is the broadcaster the right organisation to teach schoolchildren about propaganda? Critical thinking is already a well-established subject that teaches students how to verify information. Perhaps the government should make it mandatory and expand it across schools, rather than BBC journalists promoting themselves as sources.

– Read and support the work of independent outlets that seek to hold the powerful to account. Please add more that you like in the comments: