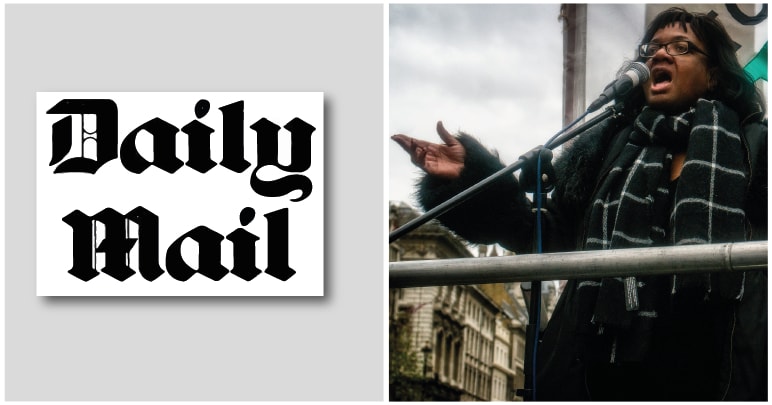 When the Windrush scandal reached mainstream attention, many were surprised by the cynical response from the right-wing press. After all, the “hostile environment” created by Theresa May was reflected by coverage in their newspapers.

The time for false outrage is over, though. The Mail is once more openly attacking anyone who questions the hostile environment. And it also wants the government to be above the law when it comes to immigration. 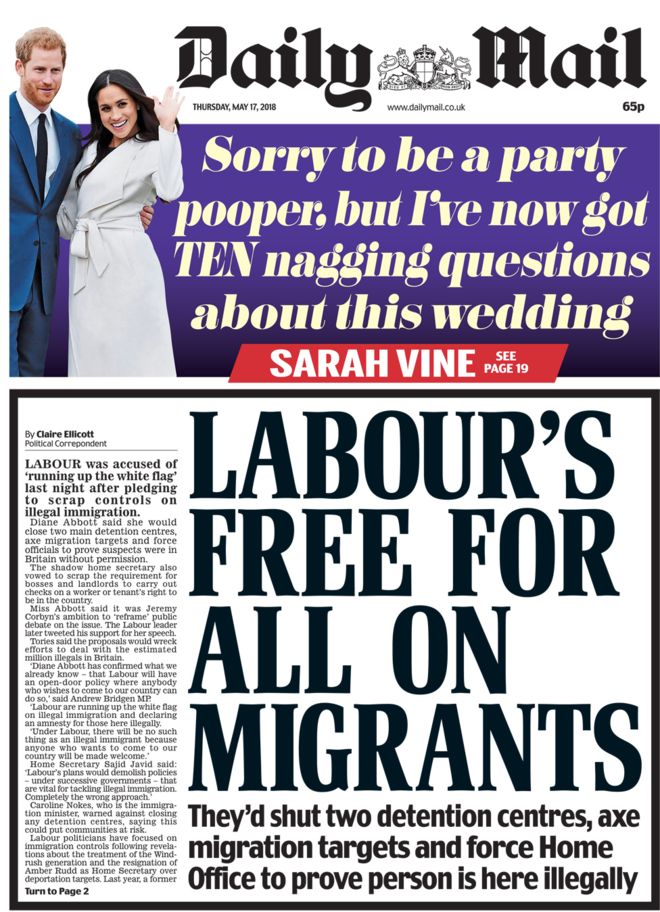 Shadow home secretary Diane Abbott gave a speech on 16 May to the Institute for Public Policy Research (IPPR) – a “leading progressive think tank“. In it, she laid out how Labour plans to ‘reframe’ the debate on immigration. She also laid out firm proposals, which included:

This comes after the government admitted that at least 60 members of the Windrush generation may have been deported. Importantly, Abbott also said:

Unsurprisingly, this hasn’t gone down well with the Mail.

Despite the Windrush scandal, the Mail Online is worried that Labour proposals will:

force officials to prove suspects were in Britain without permission

It also reported that:

Tories said the proposals would wreck efforts to deal with the estimated million illegals in Britain.

And it included this quote from Andrew Bridgen MP:

Labour are running up the white flag on illegal immigration and declaring an amnesty for those here illegally.

Under Labour, there will be no such thing as an illegal immigrant because anyone who wants to come to our country will be made welcome.

Not surprisingly, people have called out the Mail‘s hypocrisy:

Daily Mail 17th April – How could the Windrush scandal have been allowed to happen?

Daily Mail 17th May – Why should we have to prove immigrants are here illegally? Surely the fact that they look foreign should be enough?

"What are you mad at today, Daily Mail?"
"I WANT THE GOVERNMENT TO HAVE THE POWER TO THROW OUT PEOPLE WHO ARE HERE LEGALLY WITHOUT FUCKING CHECKING" pic.twitter.com/1jwmuskNTc

Despite its recent fake outrage, the Daily Mail obviously wants this too. And anyone who calls for an end to the hostile environment is likely to face the tabloid’s wrath. So it’s a good job that wrath ain’t what it used to be.