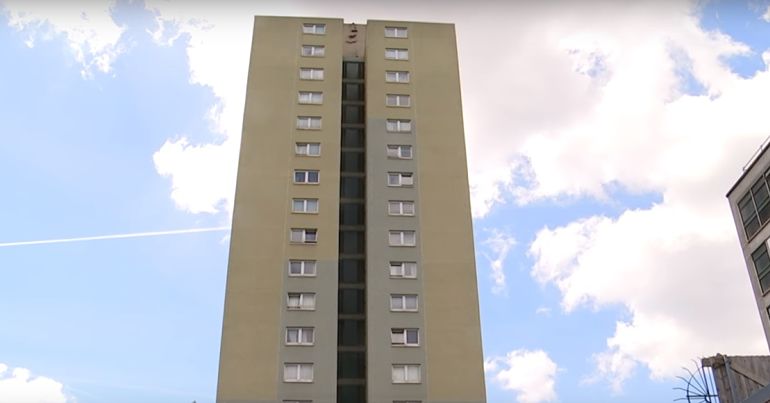 Haringey Council is planning to evacuate and demolish two tower blocks in the Broadwater Estate in North London due to safety concerns.

But the residents are furious about the re-housing terms the Council is offering. And they have spelled out why in a powerful new video.

As The Canary previously reported, Haringey Council is enacting a ‘direct offer’ policy to the residents. This means that they will have minimal choice in their future housing. And if they reject an offer of either permanent or temporary housing, the council can end its duty towards them.

But the residents aren’t accepting this strategy. The Broadwater Residents’ Association (BRA) have released a campaign video. In it they call on the council to give the residents a choice in what happens next:

The first demand is … a choice-based lettings scheme. So they must be able to choose where they are going to live. The second demand is we must have a ballot on whether the block is going to be demolished or strengthened and refurbished. If they cannot guarantee one-for-one replacement of council housing at exactly the same rents, then no demolition.

Haringey Council claims that the urgency of the situation means it has to act decisively through a ‘direct offer’ policy. But, as the video shows, when Southwark Council found similar structural issues on the Ledbury Estate, it enacted a choice-based system.

Haringey Council is going at full speed to move the residents out of Tangmere. The Residents’ Association wants the safety issues addressed quickly. However, moving over 100 households out of Tangmere by the end of October is likely to be very difficult and they need a contingency plan. We want a ballot of all residents in both Tangmere and Northolt on whether to make the blocks safe or whether to demolish and rebuild. The blocks should only be demolished if funding for 100% replacement of council properties at equal rents to existing rents can be guaranteed in writing.

Yet the chair appeared to shut Secker down while he called for the residents to be listened to at the Haringey Cabinet meeting on 26 June:

Jacob of #BroadwaterFarm Residents Association tonight pleaded with @HaringeyLabour to consider making assurances to residents being decanted. He was repeatedly shut down for daring to exceed the 3-minute limit whilst begging for the rights of the residents he represents… pic.twitter.com/dBRXEfphv1

This has led some people to despair at the way social housing communities are treated:

And not one councillor standing up and saying "this is people's lives we're talking about here, let's change the rules for one meeting". Why do they always protect themselves before their communities!

We are committed to providing a safe, decent and affordable home for everyone and I want to assure all affected residents that we will carefully consider all of the issues, and that any decision we take will be with primary consideration for the safety, aspirations and rights of our tenants.

Our residents are our absolute priority and I would encourage anyone with questions to contact the dedicated Homes for Haringey team that has been set up on the estate.

Yet its refusal to give residents a choice in their future seriously tarnishes this message.