A whole generation of babies had their identities stolen by fascist regimes. And people are still fighting for justice. - Canary 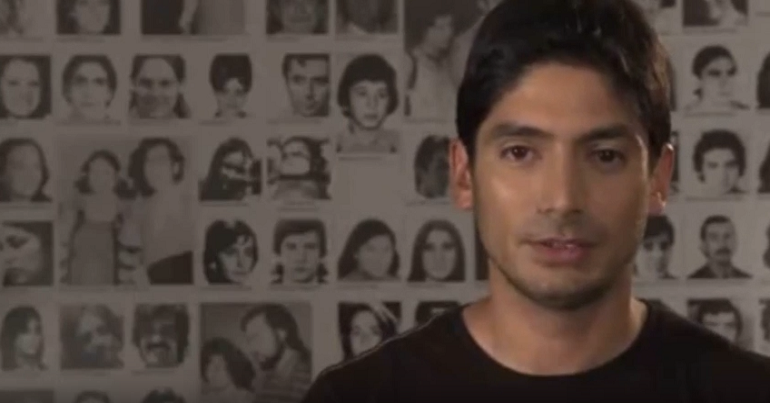 A whole generation of babies had their identities stolen by fascist regimes in the 20th century. And these people are still fighting for justice today – from Spain to South America.

Prosecuters in Spain are revisiting one of the country’s darkest eras following the trial of a doctor accused of removing a baby without the mother’s consent back in the 1960s. It’s the first case of its kind since the fall of the regime of fascist dictator Francisco Franco.

85-year-old gynaecologist Eduardo Vela is currently standing trial for illegally removing a baby from her mother in 1969. The child was handed over to Franco allies.

Around 30,000 children were stolen between 1939 and 1975. Campaigners are hoping the current court case will shed light on other cases and prompt further investigations.

Over 1,000 Spanish families are seeking their lost relatives.

The Franco regime’s policy of removing babies from families was rooted in anti-communist ideology. The thinking behind it was that children would be better off raised by devout, conservative families in an attempt to eradicate left-wing thought from society.

Vulnerable mothers – identified by a network of doctors, nuns and priests which was involved in the authoritarian scheme – were usually told that their baby had died. The children were then given to more ‘suitable’ parents.

Today, the SOS Stolen Babies [Spanish] association, a campaign set up in Spain to locate those missing children, is working hard to identify the victims and reunite them with their biological families.

The process so far, however, has been stunted by a conspiracy of silence and lack of a paper trail.

Desperate grandmothers in Argentina continue their fight for justice

During Argentina’s authoritarian rule (1976-1983) under dictators like General Videla, meanwhile, the state ‘disappeared‘ around 30,000 people. Essentially, the military junta had a very similar scheme to Franco in Spain.

Babies of pregnant political prisoners were also systematically removed and given away. Exact numbers remain unknown, but it’s thought that at least 500 babies have grown up with false identities.

The ‘abuelas‘ or Grandmothers of the Plaza de Mayo have campaigned tirelessly since 1977 to recover their missing grandchildren, often risking their own lives in the process. To date, they have recovered 127 grandchildren.

Despite Videla being sentenced in 2012 for setting up the scheme that legitimised the extensive kidnapping of babies, the abuelas are still searching forty years on.

During the Pinochet dictatorship in Chile (1973-1990), thousands of babies are also thought to have been removed from their mothers.

A network of social workers, nurses and priests was responsible for the identification and removal of babies.

The children were taken from pregnant political prisoners detained in concentration camps – and then, increasingly, from poor families or single mothers. They were then sold on the black market to Sweden, Germany, France, the Netherlands, Switzerland, and the US. Each child fetched a price of between $3,000 to $5,000.

The mothers were told that their babies had passed away and that the hospital had taken care of the burial arrangements. Margarita Escobar, who had her child stolen in 1977, said:

Every time I woke up, I would ask about her again. Until a midwife told me ‘your baby was stillborn’. Nobody even gave me a document. They sent me home. I don’t even remember how I got there. I was totally doped.

The fight goes on

Several decades have passed since the fascist regimes above carried out these violations. But with the most perpetrators of these crimes well into their 80s and 90s, any hopes of bringing them to justice is fading fast.

– Read more of The Canary‘s reporting on Latin America and fascism. And see more Global articles on Facebook and Twitter.