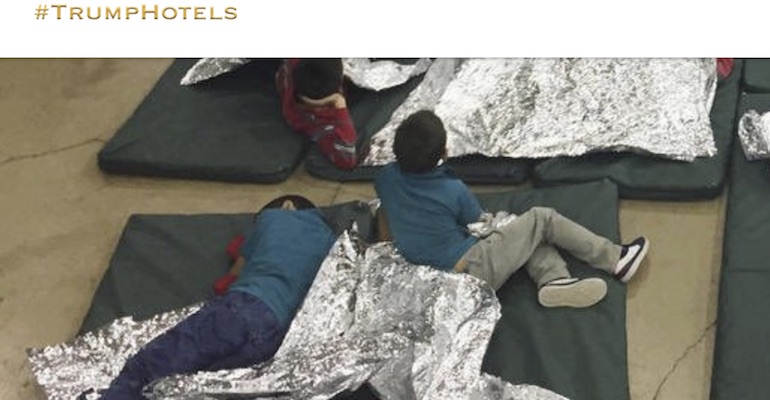 Protests are growing across the US in response to the separation of thousands of children from their parents at the US border. So one ingenious person bought TrumpHotels.org and created a new website to highlight just how brutal Donald Trump’s immigration policies are.

On 20 June, Trump signed an executive order which allegedly ends the policy of separating children from their parents. But it’s still unclear if around 2,500 children who’ve already been ripped from their parents will be reunited.

In a perfect parody of the ‘real‘ site, TrumpHotels.org shows how hideous this situation is for thousands of people, including children: 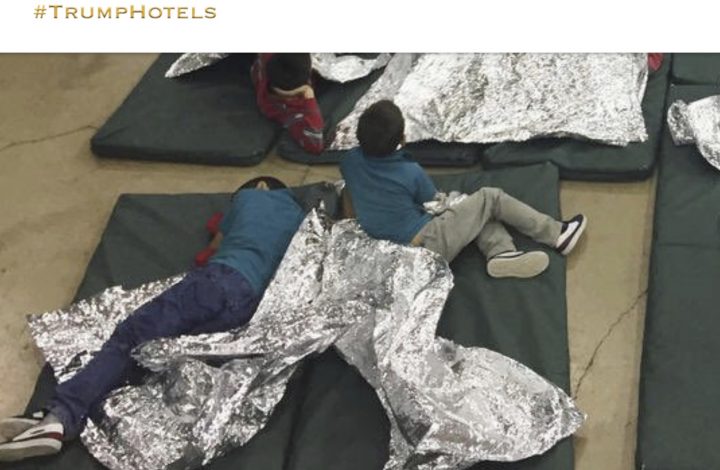 In Trump’s ‘hotel’, these kids don’t even have blankets. They now ‘stay’ in cages: 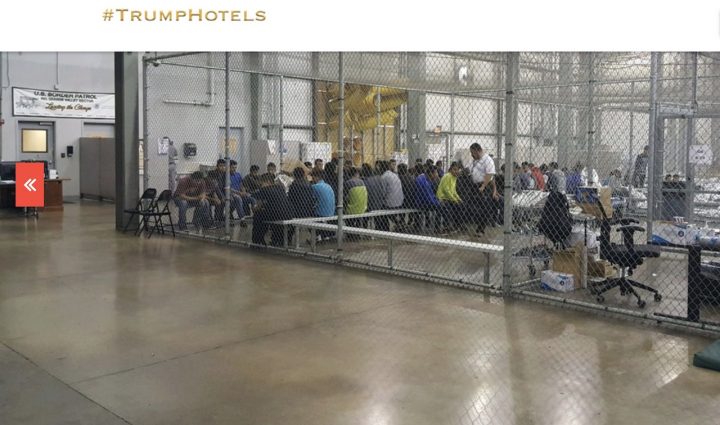 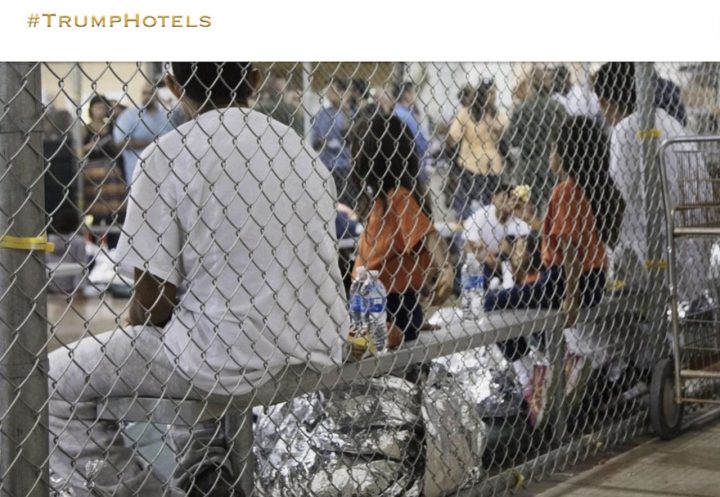 This is a stark and clear contrast to Trump’s real site, which brags it will:

deliver unparalleled service and experiences, so that you never have to settle for anything less than extraordinary.

And as people on Twitter have pointed out, parodying this is a brilliant way to hit Trump where it may really hurt:

The site was set up by Loren Collins, who spent $8 on the domain name:

Collins has since made his opinion of Trump very clear:

“[@realDonaldTrump is] an ignorant, intemperate, foolish, gullible, intellectually incurious, pathologically dishonest conspiracy theorist who is utterly unqualified for the job of running a country." – @LorenCollins https://t.co/9XSLZdl9dX

But the fact that Collins also describes himself as a “libertarian/conservative” (who actually ran for office as a Republican back in 2015) shows the real level of contempt for Trump’s policies – even on the right.

Trump speaks for himself

The links lead to videos of Trump insulting a disabled reporter, his frequent insults towards Mexico, and his vicious, sexist comments about parents in general.

And another section goes further, quoting some of Trump’s overtly racist comments.

Collins is a lawyer and, as he explained to Atlanta magazine, has no qualms or concerns about legal action from Trump’s empire.

The circumstances which led to the creation of this website are tragic. But it shows how deep anti-Trump feelings run in the US. And it threatens to hit Trump where it might really hurt him: his wallet.