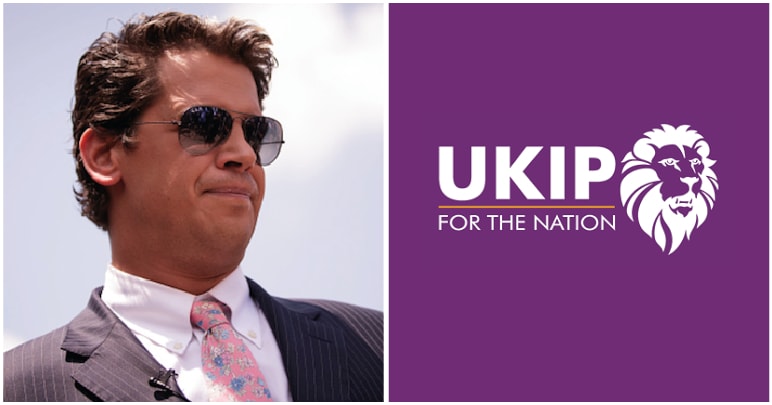 UKIP recently welcomed four well known ‘internet provocateurs‘. One – Milo Yiannopoulos – has links to the far-right and neo-Nazis. He’s also just been banned from PayPal – allegedly for using it to send $14.88 to a Jewish journalist. The act was interpreted as a reference to the white supremacist hate symbol ’14/88′.

PayPal has suspended Milo for his anti-semitic actions towards a Jewish journalist — he sent her $14.88, a common white supremacist reference, using PayPal (and his recent remarks about journalists didn't help), per a source familiar

The ban also comes after Yiannopoulos told journalists he was looking forward to “vigilante squads… gunning journalists down on sight”. This was mere days before five staff were shot and killed at a newsroom in Maryland, although there’s no evidence suggesting the two events are connected.

14/88 is a reference to two things. The first is the ‘Fourteen Words’ slogan, which is:

We must secure the existence of our people and a future for white children.

The 88 stands for “Heil Hitler”, as the 8th letter of the alphabet is H.

Despite all that, Yiannopoulos has been accused of inciting racism, targeted transphobia, antisemitism, and even homophobia. He was also a pretty big deal on the American right – having been invited to speak at the Conservative Political Action Conference (CPAC) in 2017.

Yiannopoulos was disinvited from CPAC, though, and he later resigned from his job at Breitbart. This came after comments he made on the “oppressive idea of consent” as it relates to people having sex with underage children. Comments which proved a step too far for his establishment right-wing supporters.

Yiannopoulos has been trying to make a comeback ever since his dramatic fall. This involved a book that went through a troubled editing process, and selling vitamins for the conspiracy site Infowars.

It seemed like there wasn’t a place for the “internet supervillain” after his comments on paedophilia. And yet, UKIP has now welcomed him into the fold. The party’s leadership may wish they hadn’t, though, given his latest controversies.

Yiannopoulos sent $14.88 to the Jewish journalist Talia Lavin after she resigned from the New Yorker. He drew attention to what he’d done on his Instagram account: 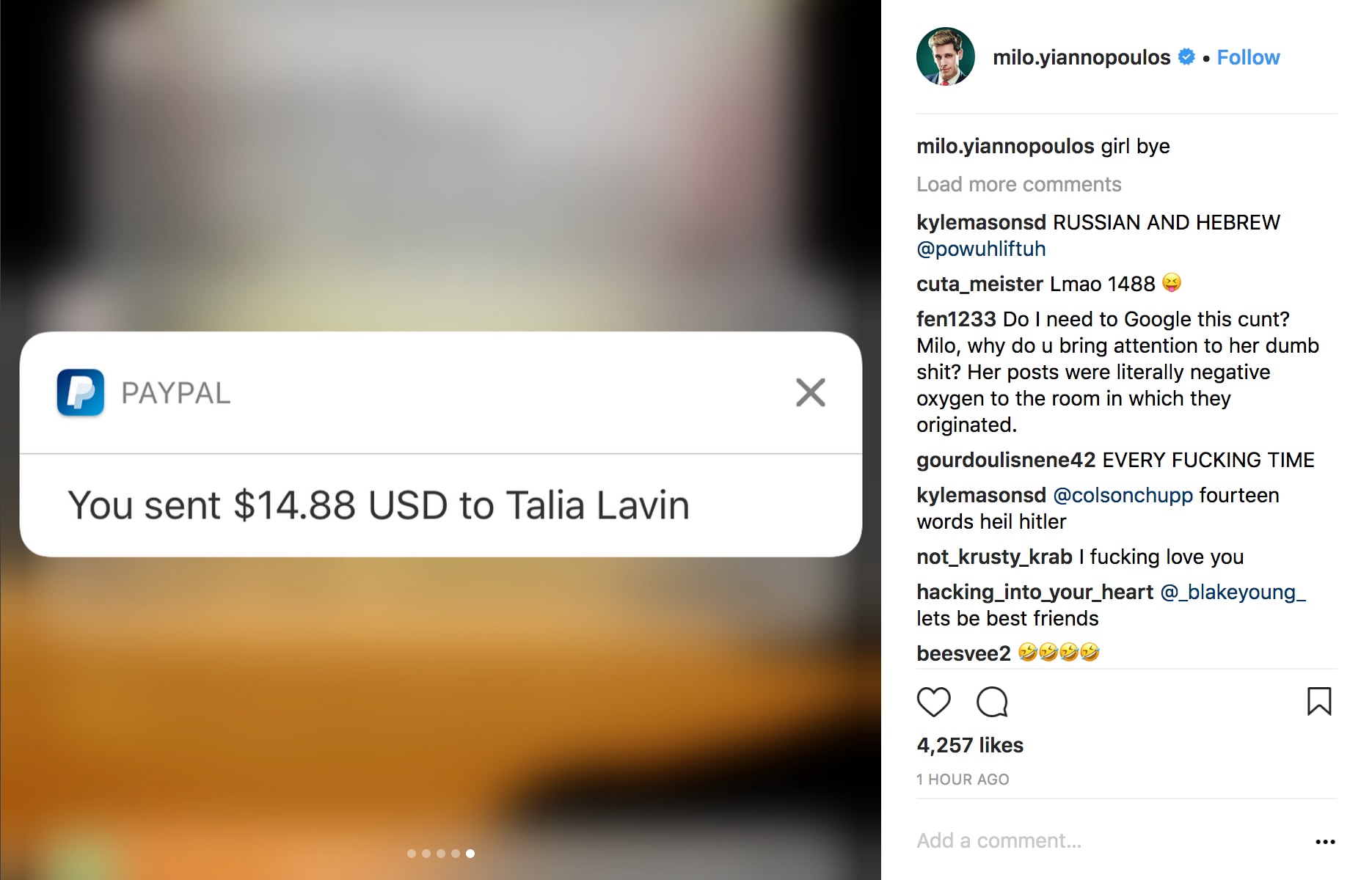 On 29 June, Yiannopoulos defended the comments he made about vigilantes gunning down journalists as “a troll”. He also claimed these comments were intended to be private, although they were made to journalists who were seeking comment from him.

This is one of many reasons why people rarely think Yiannopoulos’ ‘jokes’ are just jokes.

A match made in desperation

Despite all that, Yiannopoulos and his troll friends think it’s the place for them. Which may be the first time in history the rats have fled onto the sinking ship.

Featured image via The Wrap – Wikimedia