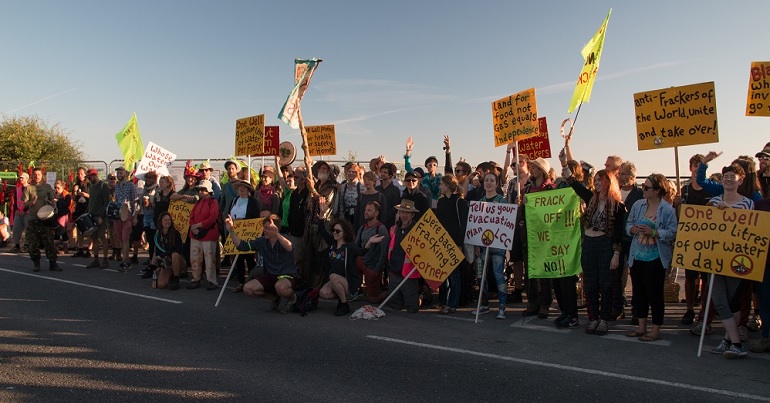 A small Lancashire village has seen a 48-hour, non-stop protest over a company’s plans to frack in the area.

Preston New Road, near the village of Little Plumpton, is at the centre of a row over fracking. Cuadrilla has permission to explore the site for shale gas. But local people are against the company’s plans. And they have stepped up their protests since January 2017.

Residents and activists are currently undertaking a three-month campaign called ‘United Resistance’, against Cuadrilla’s plans. Campaign group Reclaim the Power is also involved. It held a fortnight of action from 11 to 24 June, ‘disrupting’ fracking companies across the UK. This has now culminated in an ongoing demonstration at the Preston New Road site.

Block Around the Clock

Campaigners have been holding a “festival of resistance” called ‘Block Around the Clock’. It’s been running since 7am on Thursday 28 June, and will continue until 7am on Saturday 30. There’s been a whole host of activity, from live music to workshops, via yoga and protests: 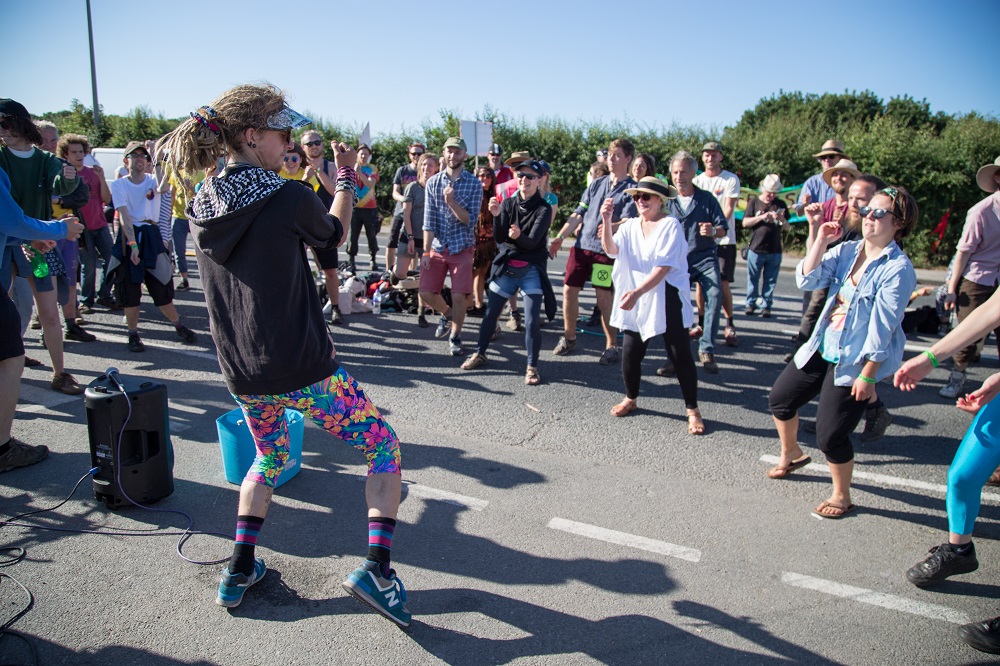 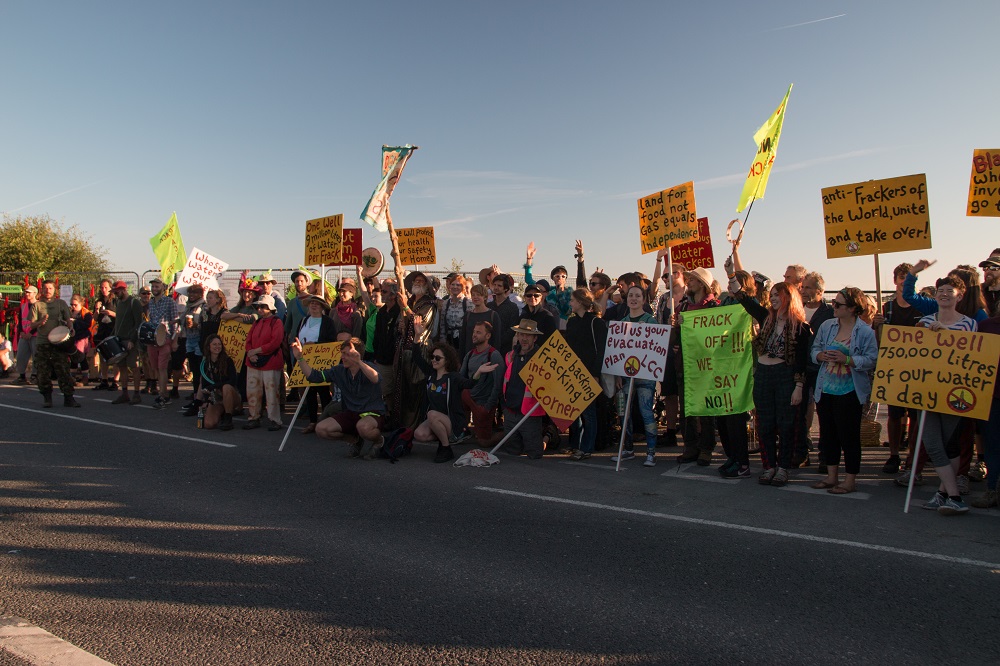 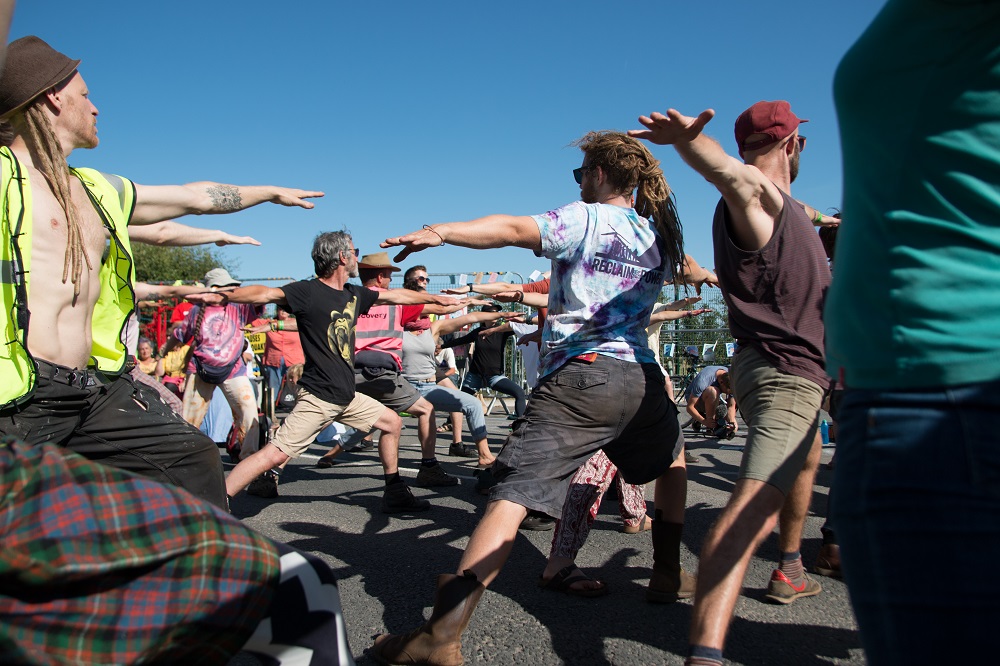 This youngster thought a trumpet solo was the best way to show his opposition to fracking: 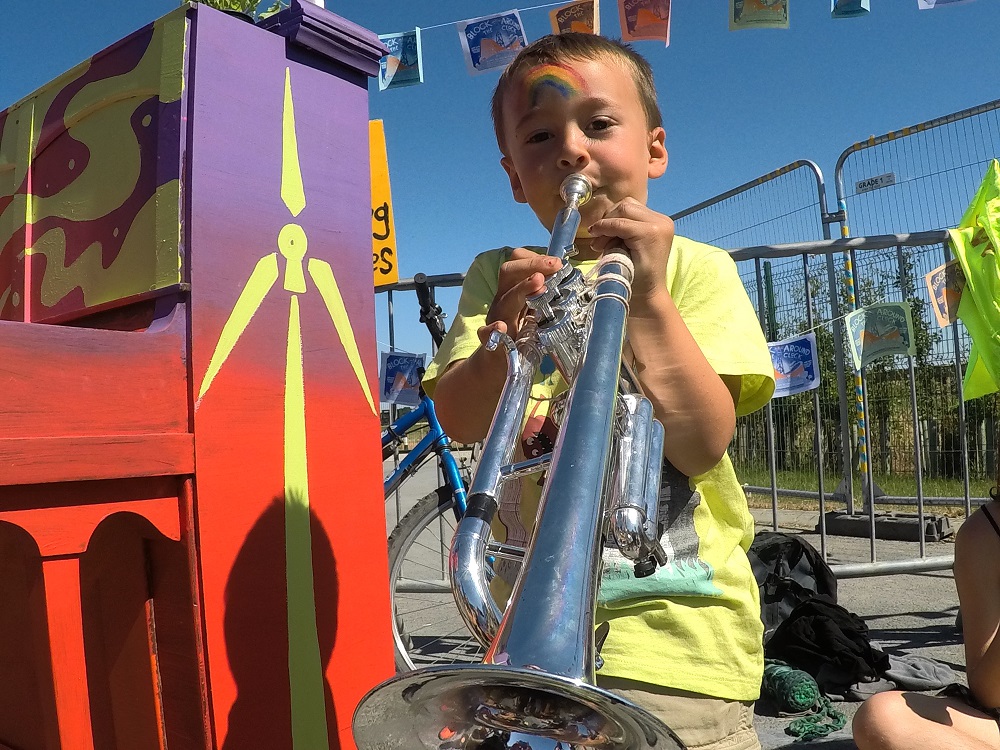 Actress Emma Thompson even got involved with blocking Cuadrilla around the clock. She said in a statement to campaigners:

The fracking industry has been transformed from a national tsunami threatening to engulf us all to a handful of desperadoes. And while even the government has cooled down on a fracking revolution, unfortunately they’re still happy to use their power to protect these polluters against the wishes of the people…

You have shown amazing resilience in the face of extraordinary hostility and intimidation. The media often peddle a stereotype of activists as eccentrics who don’t represent ordinary people. But the truth is every opinion poll, even polls commissioned by the government, shows the public is overwhelmingly opposed to fracking…

Cuadrilla’s operations at Preston New Road have been dogged by numerous scandals. These include:

But the opposition Thompson mentioned has been strong in Lancashire. Most recently, the Green Party held a week of action there, in solidarity with residents and campaigners. And as the government’s own research shows [pdf, p8], only 18% of the public actually support fracking.

Residents and campaigners have been unrelenting in their opposition to Cuadrilla’s actions. But with a government decision due soon on whether the company can fully frack in Lancashire, the chances are there’ll be a lot more ‘blocking around the clock’ going on in the near future.

Featured image and additional images via Reclaim the Power – Flickr