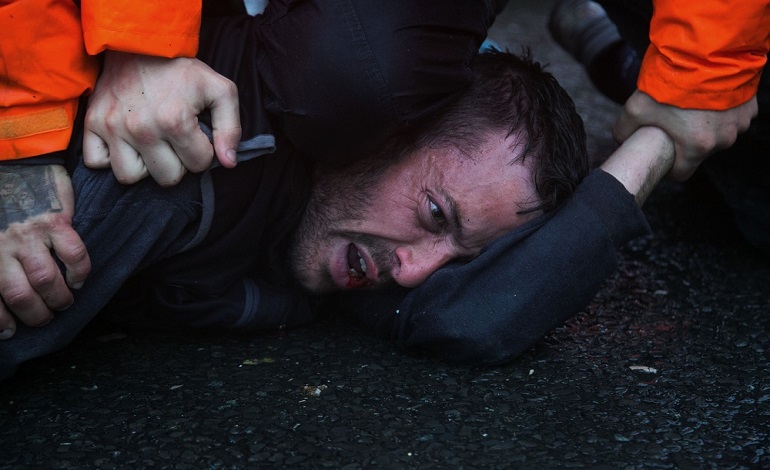 A quiet Lancashire village is once again at the centre of a storm over police “brutality”. But this time, a private security company is also implicated. And campaigning locals have said that the corporation involved in this “disproportionate violence” has had what “little credibility” it had left “demolished”.

Preston New Road, near the village of Little Plumpton in Lancashire, is at the centre of a row over fracking. Cuadrilla, a shale gas extraction company, has permission to frack the site. But local people are against the company’s plans. And they have stepped up their protests since January.

The government gave the go-ahead for Cuadrilla to frack there (the first site of its kind in the UK) last year. Cuadrilla officially began work on 5 January. And ever since, protesters have been at the site.

Ordinary people are appalled that we are governed by people who say one thing and do another. Dismantling the democratic process to facilitate a dirty fossil fuel industry… is another example of… governmental hypocrisy.

PNRAG is now taking the government to court over its decision. The appeal case will be heard in London on 30 and 31 August. Meanwhile, violence has broken out repeatedly at the protest site. And the latest round has shocked campaigners and locals alike.

The ‘Reclaim the Power’ campaign group, which is supporting community action at Preston New Road, reported that protesters and locals had suffered an “unprecedented use of force” at the hands of private security staff working for Cuadrilla. It says that: 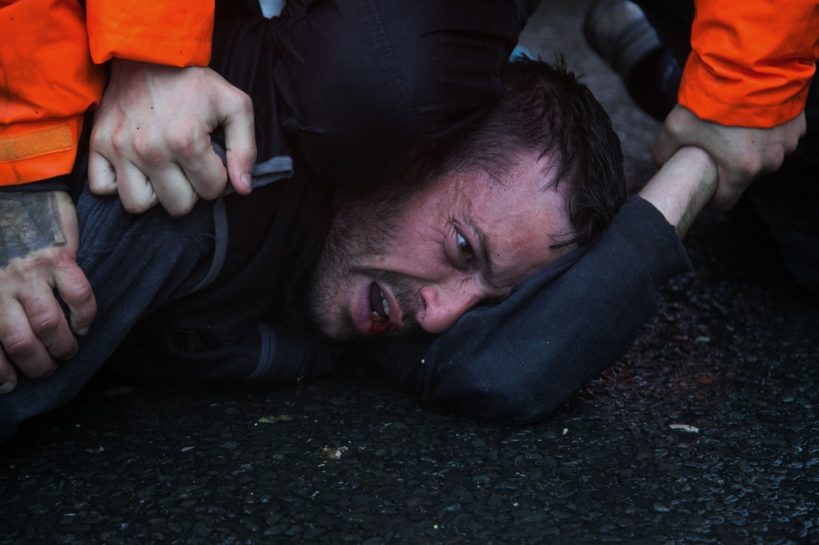 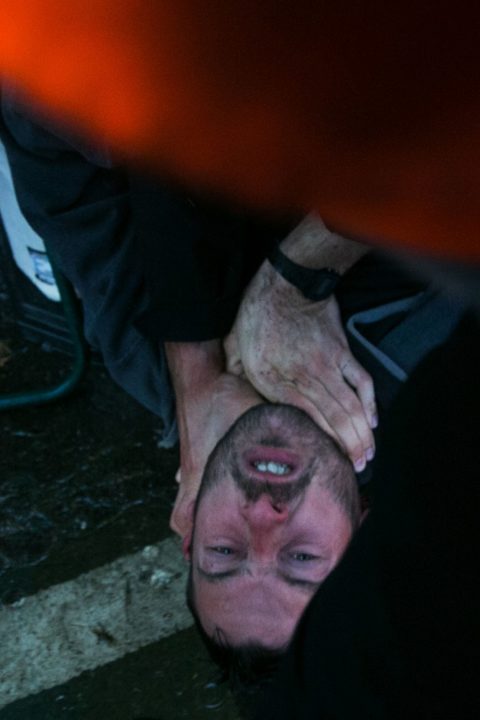 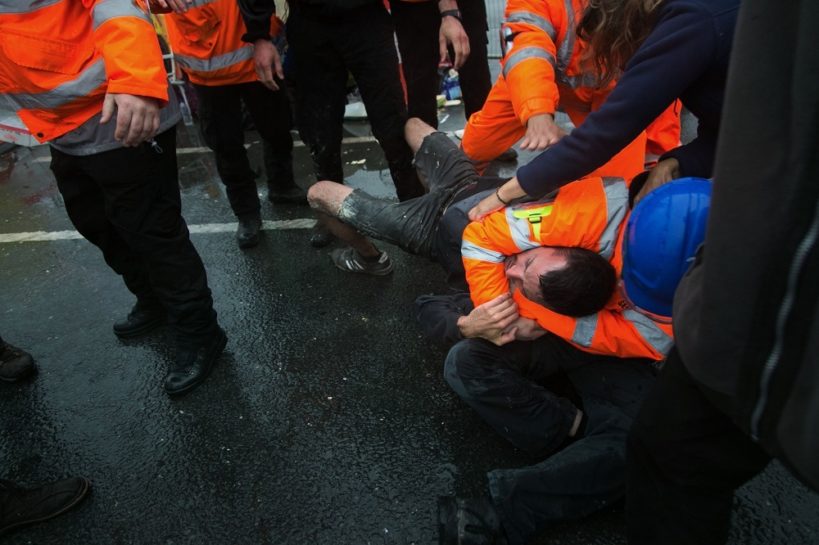 Last night [Monday 3 July] as part of an attempt by Police to clear overnight protesters from the Preston New Road site, another man’s arm was broken as Police removed him from a tower structure.

Nothing new in Lancashire

But as The Canary previously reported, accusations of violence at the site against campaigners and locals is nothing new. In March, Councillor Miranda Cox from Kirkham said in a statement to The Canary:

We have witnessed and experienced an increase in police numbers and a hardening of tactics. At times it has felt that we are being policed as if we are in a riot situation. Clearly there is a balance between public safety and public order and the right to protest. At present the balance appears to tilt in favour of industry rather than the protesters. Arrests appear to be used routinely.

They shoved us and that knocked us. My leg went from under me. There was a loud crack and I went down. I got up and there was a lady lying unconscious at my feet.

On Monday 27 February, police allegedly pushed Lloyd to the ground:

Both councillors have also accused the police of trying to “provoke” violence.

The Canary asked Lancashire Police for a statement. But none had been received at the time of publication.

We have been utterly horrified at the mindless violence that has been perpetrated by Cuadrilla security staff and the needless and totally disproportionate force used by the police against peaceful anti-fracking campaigners. Many of us are retired residents, who are frail and are unaccustomed to such brutality. We have an absolute right to protest without incurring injuries, harassment or abuse.

What we are witnessing and experiencing in Lancashire is akin to the past brutality seen at anti-fracking protests. Lessons clearly have not been learned. We are urgently calling upon political parties to get involved and speak out for our community’s safety and well being.

What is happening in this small Lancashire village is a microcosm of the Tories’ attitude towards the public across the country. It doesn’t seem enough that they openly encourage fracking. They now feel they can ride roughshod over the democratic will of local councils and local people. And big businesses like Cuadrilla simply bulldoze their way through, assisted by the police and private security.

Frackers will not easily move the people of Lancashire, though. So this saga looks set to continue for weeks, if not months, to come.