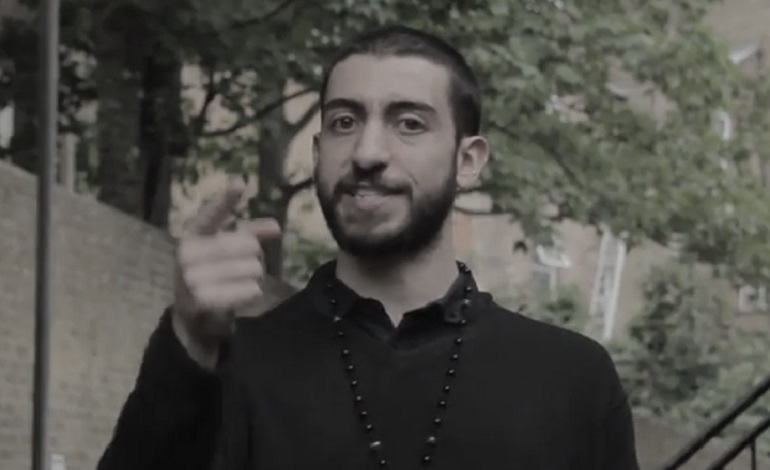 A young rapper has delivered a stark message in the aftermath of the Grenfell Tower fire. And it’s an uncomfortable but necessary truth that few are daring to speak. Mainly because it goes right to the heart of why at least 80 people died on Tuesday 14 June.

Potent Whisper (aka Georgie Stephanou) has been making waves in the music scene since 2008. His most recent release, The New Radical EP, is a masterclass in political grime. But now, he has come out and released a spoken word piece about Grenfell.

In it, he discusses the direct and indirect reasons why the tragedy happened. And he doesn’t hold back in his stark warning about the consequences of the fire.

At the same time, he also identifies the fact that the UK has a broader problem. So in his words, we’re living in “Grenfell Britain“:

Whisper highlights in the piece one of the most pressing issues at present: the welfare of the survivors of the fire. He says:

We need local, social housing for the victims;
Not in hotels, real places they can live in;
Long term homes that are safe for kids and women;
And then we need a Needs Fund to cover basic living:

For clothing, for school uniforms to be replaced – for every single funeral, respecting every faith,
For new official documents, licences and passports – for food, for travel, for anything they ask for.

And everything they need, like foster parents for the orphans;
All workers need their jobs and pensions protected;
Undocumented people also need to be supported;
And students with exams need their circumstance respected…

The public can support Grenfell survivors by donating to various charities. But it hasn’t been widely reported that to access these donations, survivors have to go through the London Funders organisation. The details can be found here. Also, people have reported on social media that survivors have been threatened with benefits sanctions due to receiving charitable donations; and that donations are not getting through to those on the ground.

Whisper also has a firm response to any attempts by the government or councils who claim that they don’t have the money to help:

Amazon, Apple, Google, E.ON, Ebay;
They pay less tax than even you and me pay;
Annually they avoid a billion in tax;
So I say we take every pound of that…

Since 2015, Whisper has come into his own. From the grime-heavy anti-gentrification anthem Brixton First, featuring Lara Lee from The Voice, to his collection of spoken word Rhyming Guides To…, his artistry and ability to twist politics with music and words is fast gaining him a reputation. He comes from a single-parent, working-class family on a council estate in south-west London. And it’s these roots which are heavily present in all his work; not least Grenfell Britain.

While many people have been showing their anger and frustration at the system which led to the Grenfell Tower fire, by going on marches like the People’s Assembly’s “Not One Day More” demo on Saturday 1 July, Whisper has more practical solutions for those affected by social housing:

But it’s the overarching, broader picture of UK society that Whisper paints so well in Grenfell Britain. While noting that the Grenfell Action Group had sent warnings over the tower’s safety to Kensington and Chelsea Tenant Management Organisation “for fucking years before this”, he calls what happened part of a “war”. And says “it’s time to take your gloves off”. Because, he says, in Grenfell Britain:

The disabled are on fire;
They’re burning the workers;
The elderly are choking;
Your teachers are in hearses;
Students are on fire next to doctors and nurses;
Your hospitals, even your fire station’s burning.

You don’t need to be an expert to work out the remedy;
Stop cutting funds and instead cut austerity…

The bigger picture, so horrifically painted by the Grenfell Tower fire, is not merely one of inadequate regulations, loose accountability by governments and local authorities, and poor standards of social housing. It’s a microcosm of the utter contempt and disregard that the rich and political classes hold for the poorest and most vulnerable people in British society. And it’s an attitude that has gradually been embedded over hundreds and hundreds of years.

You can observe it throughout history: from the Roman Empire to the British feudal system, via Victorian times and the current neoliberal/corporatist system. While it takes many different forms, the ‘undeserving’ poor are always there, at the bottom of it all.

It’s an attitude which, as Whisper says, essentially thinks that ‘poor’ people’s lives “aren’t worth shit”. And this entrenched hierarchical contempt for the UK underclass cannot be washed away by inquiries, legislation or reports. Nor, sadly, can it be changed by a shift in the established political system. Because it’s an attitude; an emotion and a human condition, that places less value on the life of someone poor.

It will take a sea change across every corner of society, both locally and ultimately globally. And it’s one that won’t come from the top. It needs to come from the bottom – from ordinary people. Otherwise, we will continue to witness tragedies like Grenfell as par for the course.

Justice must come to pass

Their screams are burnt into our minds and their names into our hearts;
The fire might be out, but a rage has been sparked;
It’s a rage that will blaze on every street, with every march;
There won’t be a day of peace until justice comes to pass.