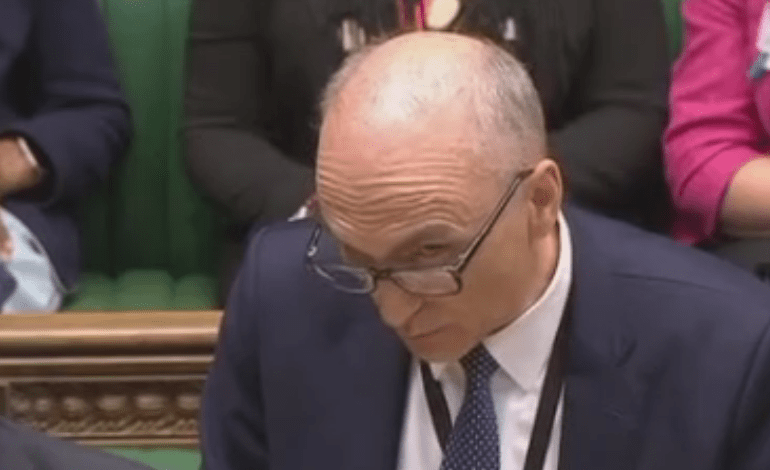 Jeremy Corbyn’s new Shadow Minister for Fire and Emergency Services has forced a top Tory to make a startling confession about Grenfell Tower. In parliament, Chris Williamson was challenging the Conservative Minister of State for Policing and the Fire Service:

Following the wholly avoidable tragedy at Grenfell Tower, will the Home Secretary tell us why the review into the building regulations that were promised by Gavin Barwell in the wake of the deadly Lakanal house fire failed to materialise? Mr Barwell was the Housing Minister at the time. Did he suppress the review?

Barwell, who was Housing Minister before losing his seat in the 2017 general election, promised a review into deregulation following the Lakanal House fire. In 2009, the Lakanal tower block fire killed six people. But eight years later, the government still hasn’t published its review into deregulation. Despite his record, Barwell is now Theresa May’s top political adviser.

Responding to Williamson, Conservative Nick Hurd made a startling confession. The minister admitted that the Grenfell tragedy “should never have happened”. This is a huge break from the Conservative Party line that the tragedy should not be politicised. Boris Johnson, for example, has branded talk of deregulation and austerity cuts “political game playing” in relation to Grenfell. But now, Hurd has admitted that the fire was avoidable:

When challenged about the tweet on the Daily Politics show, Williamson replied:

This is a class issue and neoliberalism is at fault here, absolutely.

To which host Jo Coburn said:

So you agree with Clive Lewis…?

The MP for Derby North, who has criticised fire safety cuts for years, was unequivocal:

Well I retweeted his tweet…. Neoliberalism is the problem and it’s a longstanding problem going back 40 years. And it’s got far, far worse in this last seven years, this culture… about, you know, cutting red tape… It’s this point where they will externalise wherever they can, privatise wherever they can to use public services to make money for their friends.

Neoliberalism has been the dominant ideology of almost all Western governments for the last 40 years. Since Margaret Thatcher and Ronald Reagan, privatisation, deregulation and cutting government spending (i.e. neoliberalism) have been the driving force in policy. For Lewis and Williamson, this ideology has made tragedies such as Grenfell Tower more likely to happen. The lack of sprinklers in council blocks like Grenfell is one example.

Williamson, the newly appointed fire minister, is taking the government to task. He forced Hurd to confess that the Grenfell tragedy was avoidable in the context of deregulation and cuts. This newly reelected MP seems to be exactly what an effective anti-austerity Labour Party needs.