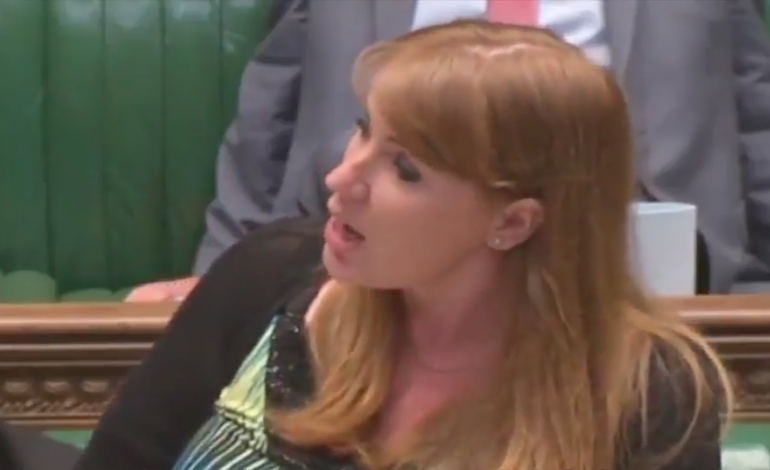 Shadow Education Secretary Angela Rayner has summed up the Conservative/DUP deal with a brilliant one-liner. But she wasn’t just criticising the deal; she was also asking serious questions about the dire need for funding in education.

Speaking about the confidence and supply agreement, Rayner stated:

And no wonder when Arlene Foster got a billion pounds. She must be the most expensive right-winger since Cristiano Ronaldo.

Where is the Prime Minister?

The comment came as Rayner questioned where Theresa May and Education Secretary Justine Greening were:

There is no sign of the Education Secretary, and where is the Prime Minister? She isn’t running her party… she’s running away from her party.

Rayner also hinted at dissent in the Conservative ranks, with cabinet ministers taking to the press to ask for more money:

And the Education Secretary bid for extra money for schools this weekend. Not at cabinet, but on the front page of The Torygraph.

Rayner then said it was “no wonder” that the bid for money was in the press, implying that it had all gone to Foster and the DUP.

You can watch Rayner here:

The fantastic @AngelaRayner taking on the Tories in Parliament today. Proud that Angela is speaking @DurhamGala on Saturday #BigMeeting2017 pic.twitter.com/Gg46ctZI2O

According to The Telegraph, Greening is asking May to give her an extra £1.2bn for schools. This would mean abandoning current plans to cut per-pupil funding. A senior Conservative source stated:

There was no getting away from the fact we were cutting funding per pupil. We need to recognise that in the wake of the election and we must address the concern.

As The Canary has previously reported, hundreds of schools across the country have written to parents about the impact of cuts to their budgets. And a letter from a Cornish school stated:

Meanwhile, according to the Association of School and College Leaders (ASCL), schools are being forced to cut subject choices for GCSE. 44% of the 1,000 members polled revealed they have cut Design and Technology. And 26% cut performing arts courses.

At the same time, schools are dealing with leaking buildings, out-of-date technology, and are having to cut back on things like school trips. But essential support services are also being cut. 95% said that this included reduced spending on books, special needs and mental health support, and IT.

May found her now infamous ‘magic money tree’ to secure her ‘confidence and supply’ agreement with the DUP. And now, other government departments – which feel threatened by the election results – are apparently starting to listen to what the population is telling them; and they’re demanding money.

Whether this is to abolish the public sector pay cap, fund the NHS, or provide enough money for our schools to give our children a decent education, MPs at all levels of the government are seemingly starting to question the austerity agenda.

The electorate sent a loud message that they are fed up with austerity. May needs to stop hiding. And she needs to listen and take action. Or else she needs to get out of the way, and make way for a government that will act on the people’s wishes.