On the NHS' 69th birthday, Jeremy Hunt's stealth privatisation plans for it have just started unravelling 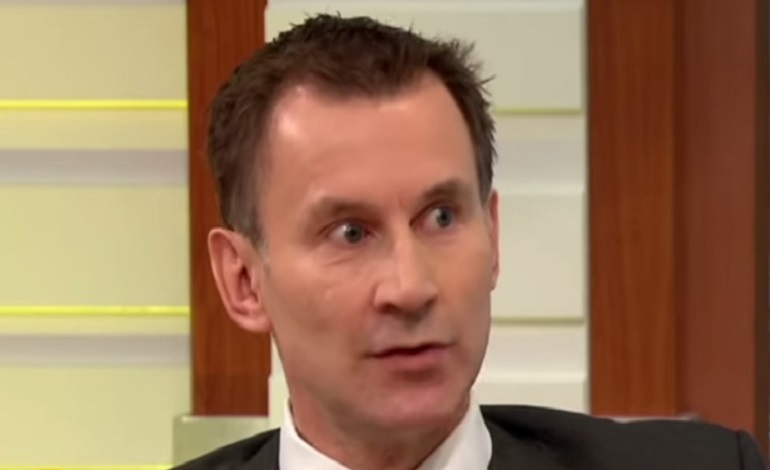 On Wednesday 5 July, the NHS celebrated its 69th birthday. But the ongoing crisis in it and alleged “stealth privatisation” by the Conservatives may have just been dealt a blow. And it comes from an unlikely source.

The Local Government Association (LGA) began its annual conference on Tuesday 4 July. And among the topics debated were Health Secretary Jeremy Hunt, the Department of Health (DoH), and NHS England’s “Sustainability and Transformation Plans” (STP). NHS England says the plans are to:

help ensure that health and care services are built around the needs of local populations. To do this, every health and care system in England will produce… STP… ultimately delivering the Five Year Forward View…

To deliver plans that are based on the needs of local populations, local health and care systems… [have] formed 44 STP ‘footprints’… [to] drive genuine and sustainable transformation in patient experience and health outcomes of the longer-term.

As The Canary previously reported, the Five Year Forward View is designed to “set out a clear direction for the NHS – showing why change is needed and what it will look like”. Its mission is to “integrate health and care services across the country”. But critics argue that the View is a “wish list for privateers“, and will result in the NHS being sold off to private companies. And now, a survey by the LGA has revealed that the majority of local authorities are critical of STPs.

Councils up in arms

The LGA says that:

Councillors called STPs “secretive and opaque”; “complex and full of jargon”; “top down, secretive, [with a] lack of engagement”; and said that “the NHS simply does not understand the decision-making of local government”. But the LGA criticisms are nothing new, as campaigners have been arguing against STPs since NHS England first announced the plans.

Every Clinical Commissioning Group (CCG) responsible for NHS services and contracts had to submit an STP by 21 October 2016. These outlined how they will speed up achieving the Five Year Forward View; but also how they’ll wipe out any budget deficits they have. The deficits in the NHS have ballooned since 2010:

It also seems that hospitals and health centres will lose financial responsibility to the 44 Footprint areas. NHS England’s Planning Guidance for the next two financial years brings in mandatory ‘control totals’, or financial targets, for STP Footprint areas. In essence, this will take away financial control from individual hospitals.

But the STP Footprint plans run deeper than this. Simon Stevens, Chief Executive of NHS England, has said that he’d like the 44 Footprint areas to become ‘combined authorities’, bringing together NHS service commissioners and care providers. Ultimately, this would eradicate local NHS decision making, and hand power to executives in distant boardrooms – NHS England and the DoH.

The “endgame” for the NHS?

Campaign group Call 999 for the NHS told The Canary:

In short STP are key to cuts, privatisation, and central control over the NHS and social care… The government [is already committed to] encouraging long term NHS partnerships with the private sector in key areas.

The Five Year Forward View and the STP that NHS England has imposed… is effectively the endgame for the NHS as a comprehensive health service that is free at the point of use and based on a patient’s clinical need.

The LGA survey is significant because of the outrage over STP. But its comments should also be approached with caution as, at its annual conference, it debated the benefits of public-private partnerships in the public sector. Also, the LGA has merely said that it wishes its members to be “equal partners in STPs”. It hasn’t objected to them outright. It would seem that, as local government’s response to the stealth privatisation of our NHS is muted criticism, it’s down to campaigners, NHS staff and patients to continue to fight for the future of our health service.