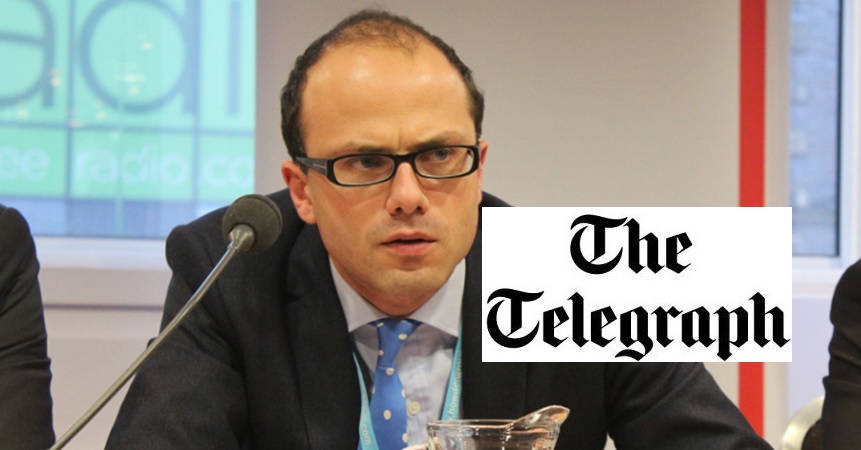 Right-wing media outlets have long suggested that Jeremy Corbyn’s ideas appeal only to a tiny minority of hard-left fantasists. But now, after numerous successes for Corbyn, even the Telegraph has admitted that the popularity of his economic policies (or ‘Corbynomics’) is growing. And this recognition is sending the paper even further into panic mode.

From condescending dismissal to the electoral shock of 2017

When Corbyn entered the 2015 Labour Party leadership contest, critics dismissed him as a fringe figure. And when he won, they deemed it ‘common sense’ that he would lead his party to electoral oblivion. Blairite MPs then aggressively attempted to remove him, and Tony Blair himself penned an infamous column in the Guardian painting Corbyn’s supporters as deluded.

The 2017 election result came as a seismic shock to the establishment; but not to Corbyn’s followers. They knew that there was a deep well of discontent with the political status quo. And they understood people’s anger at the free market economic system that New Labour had left unchallenged when in power.

Even Blair then admitted he had been wrong, conceding that an electoral victory for Corbyn was actually possible. Revealing his true colours, however, he maintained that he still thought such a prospect was undesirable.

Begrudging acknowledgment from the Telegraph

It now looks like Blair is not the only Corbyn opponent to begrudgingly acknowledge the popularity of his proposals. In a 26 September article, Sunday Telegraph editor Allister Heath wrote an article titled The terrifying truth is that Middle England is falling for Corbynomics. Heaven forbid!

I have some bad news for you, my dear readers. Corbynomics is actually popular.

many of his policies resonate, appealing even to some Tory voters and across acquisitive Middle England. Populism is often Left-wing and always popular.

This is quite an admission – especially given that Heath recently made it into Iain Dale’s “Top 100 Most Influential People On The Right” list. In April 2017, he became editor of the Sunday Telegraph. But clearly, he and others have misunderstood how the free market system, whose extreme form Britain has been living under since the 1980s, has affected ordinary people – including natural Conservative Party voters.

Thatcher-era deregulation and deindustrialisation have led to an obscenely bloated financial sector. Money moved away from the productive areas of the economy and into finance. And this had a devastating effect on most ordinary communities. Manufacturing and other traditional industries disappeared from many areas. Wealth and economic activity became concentrated in London. And this has been true for Conservative-leaning areas in the home counties as much as for Labour-voting cities like Birmingham or Manchester. So it’s no surprise that people around Britain are ready for a change.

The Guardian has previously explained Corbynomics as:

Clearly, even Corbyn’s most vocal opponents now understand that his radical vision can expand Labour support deep into the Tory heartlands. And by the looks of it, they’re absolutely terrified.

– Contact your MP and express your support for Jeremy Corbyn’s media reform proposals.