The BBC and the Guardian had a chance to restore trust. Their response was 'inadequate'. - Canary 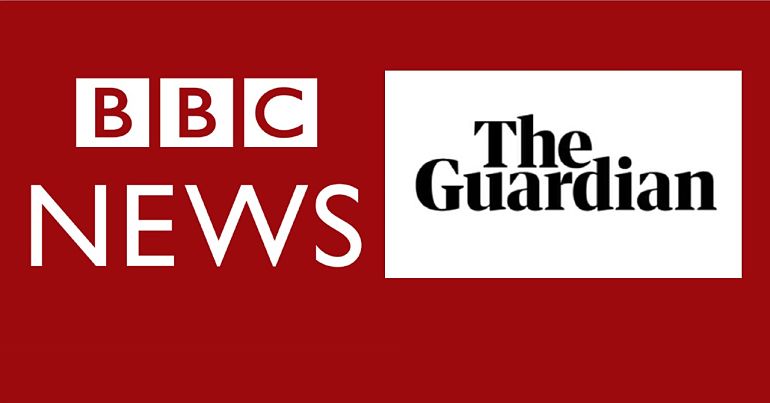 As The Canary previously reported, damning analysis from the Media Reform Coalition (MRC) revealed that mainstream media coverage of antisemitism in the Labour Party was ‘misleading’, ‘distorted’ and ‘inaccurate’. Since then, Noam Chomsky, Ken Loach and 25 leading academics have signed a letter in support of the MRC’s findings, stating that mainstream media outlets “failed their audiences”. But one of the report’s authors also slammed responses from the BBC and Guardian as “inadequate”.

“We are right to be concerned”

The letter, signed by Chomsky, Loach and 25 leading academics states:

We have long had serious concerns about the lack of due impartiality and accuracy in the reporting of allegations of antisemitism against Jeremy Corbyn and the Labour party.

Those signing said that the MRC report “shows that we are right to be concerned”. The letter goes on to say that these “systematic reporting failures”:

served to weaken the Labour leadership and to bolster its opponents within and outside of the party.

It also explains that it’s “entirely appropriate and necessary” for outlets “to report on the horrors of antisemitism”. But it pointed out that it’s “wrong to present it as an issue specific to the Labour party”. The letter makes the vital point that the UK media has:

failed their audiences by producing flawed reports that have contributed to an undeserved witch-hunt against the Labour leader and misdirected public attention away from antisemitism elsewhere, including on the far right, which is ascendant in much of Europe.

Although the letter was published in the Observer, neither the Guardian nor the BBC has made a full statement in response to the report. Dr Justin Schlosberg, from Birkbeck University, is one of the report co-authors. He told The Canary that this raises very serious concerns.

The report named the Guardian and BBC. Both outlets made “false statements or claims”. But as Schlosberg told The Canary:

Neither the Guardian nor the BBC have acknowledged or even directly responded to the myriad reporting failures highlighted in our research. It is completely inadequate to offer blanket dismissals or simply kick into the long grass of their respective complaints procedures.

In his view, their failure to respond is even more serious than the reporting failures found in the report:

There is an immediate and urgent public interest in responding to and addressing concerns of disinformation which have been widely raised by readers and viewers, and for which there now exists substantial evidence. The failure to answer to these allegations is even more serious than the reporting failures themselves.

Schlosberg also made it clear why response from these two outlets is so important:

This is not to single out the BBC and the Guardian over other outlets in our sample. But they are the two most trusted news brands in broadcasting and print/online respectively.

As he explained, this raises very serious questions about the relationship between major media outlets and their audiences.

Mirror mirror on the wall…

Schlosberg explained that MRC research looked at “the largest news sources”. But it also looked (on a smaller scale) at The Canary and other independent outlets, to see if results were mirrored. He said there was some evidence of imbalanced sources. But he also explained that this was “to be expected” and “entirely justifiable”. Because not only do independents have far smaller budgets, but their editorial position is clear – especially those that openly stand “as a corrective to distortions and imbalances in mainstream output”. He went on to say:

We found no evidence of any inaccurate reporting on the Canary, Skwawkbox or Evolve Politics, using the same sampling and coding frame adopted in the main study.

He also stated that, in The Canary:

if there was any imbalance of sources that was entirely justified by its editorial identity that is very much based on correcting the mainstream narrative. We examined the Canary’s output in the same sampling frame that we used for the wider case study. And we found none of the inaccuracies or reporting errors that we observed in the wider sample.

Integrity of the independents

Both the findings of the report and lack of direct response to the MRC highlight very serious issues with our media. Any critics of independent media outlets should also take note. Because when judged by the same rigour and academic standards, we passed tests that the giants failed.

At the time of writing, neither the BBC or the Guardian had made any further response to The Canary.