A social media storm is about to batter the Tories - Canary 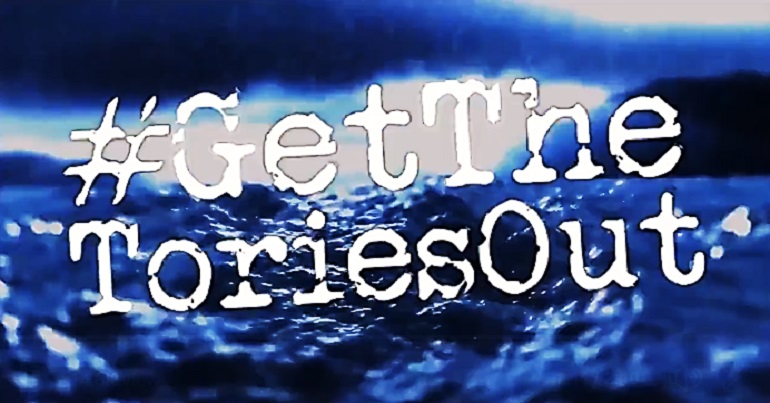 If the Met Office did political weather, it would probably issue a ‘severe disruption likely’ warning. And it’d be for the Conservative Party conference and Theresa May. Because from 7:45pm on Tuesday 2 October, they’ll be the subject of a Twitterstorm. Here’s how you can get involved.

Tories: get them out. Now.

The ever-busy and tireless campaigner Rachael Swindon has organised a Twitterstorm using the hashtag #GetTheToriesOut:

Don’t forget there is a Twitterstorm tonight from 7.45 using the hashtag #GetTheToriesOut

Hope you can join us @theresa_may #CPC18 pic.twitter.com/fmzIeBnPLm

Some people accuse Twitter of being an “echo chamber” of like-minded people just talking to each other. But recent Twitterstorms have proved fruitful. From three about the DWP to a #BoycottTheGuardian one – people are using social media to make their voices heard. And there’s certainly a lot to be said about the Tories.

As the spoken word artist Potent Whisper shows in his latest video, the Conservative-led austerity agenda has caused carnage up and down the UK. He notes [from 4:20] in The Rhyming Guide to Austerity that successive governments have cut:

The cuts have been extremely damaging. But it’s perhaps the Tory ideology behind them which is worse.

As Swindon told The Canary:

People are fed up with this Tory government. Look at their horrific treatment of our most vulnerable members of society. Then there’s their complicity in supplying weapons to brutal human rights abusers. We want to bring people together to say with one voice: ‘We’ve had enough and we want you out now’. This Twitterstorm is the perfect opportunity to let Theresa May and her government know exactly what we think of them.

Twitter user The Agitator has done a very fitting video to promote the storm:

So, have the Conservatives affected you? Quite likely. And if so, make sure you get yourself onto Twitter at 7:45pm. Tell the Tories (and the world) what you think of them. May and her cronies might wish to get their umbrellas at the ready. Because it looks like one hell of a storm is headed their way.

– Read what others have been saying on #GetTheToriesOut and #GTTO hashtags on Twitter.

– Join The Canary so we can continue to support grassroots movements.

Featured image via The Agitator – screengrab