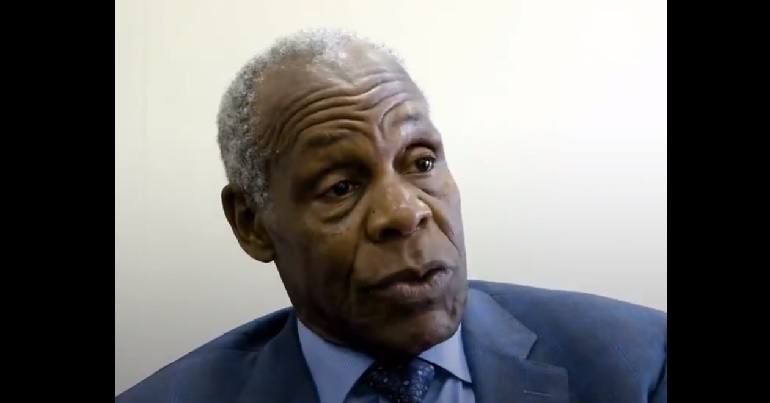 Actor Danny Glover has warned of a far-right “nightmare” in Brazil. But Britain’s Conservative-led government will probably be hoping you won’t notice.

The rise of Brazil’s far right

On 7 October, Brazilians will vote in some of the most worrying elections since the end of the right-wing dictatorship in 1985. These will follow a two-year period in Brazilian politics which has seen corrupt politicians rise to power and an assault on the left which journalist Glenn Greenwald has likened to a “military coup” – with numerous “attacks on democracy” taking place.

A Brexit-obsessed government in Britain, however, has consistently turned a blind eye to this deteriorating situation (apparently ‘in the interests of trade’), while sending millions of pounds to Brazil via the ‘Prosperity Fund’ (a fund aimed primarily at governments which 10 Downing Street likes).

But today, dictatorship nostalgia is growing in Brazil. And some of the country’s most famous intellectuals, writers, and musicians believe that election frontrunner Jair Bolsonaro – who has called the era of dictators “very good” – will take Latin America’s largest democracy (and economy) in a definitively authoritarian direction.

In a video which US Senator Bernie Sanders posted on Twitter, Danny Glover explains:

That’s the nightmare, basically. What he [Bolsonaro] represents is the same kind of ideology of Donald Trump. He’s extremely to the right. He certainly has attacked not only African religions; he’s also called for the intervention of the military as well.

As the Center for Economic and Policy Research’s Mark Weisbrot highlights in the video, Bolsonaro is “openly racist and misogynist”. And like in the US with Trump, business elites are reportedly warming to the possibility of a Bolsonaro presidency.

Danny Glover wants to tell you why democracy is under threat in Brazil. pic.twitter.com/MMUzKhWdQJ

There is anger on the streets, though. And thousands of women protested against Bolsonaro on 29 September.

I want to express deep solidarity with the women of Brazil saying #elenao #NotHim to this sexist, racist homophobic presidential candidate ?? https://t.co/XfoU6Fk1MG

I would be incapable of loving a homosexual child. I’d rather have a son of mine die in an accident than appear with a mustache next to him.

And to seal the deal for right-wing voters, he favours more relaxed gun laws, tax cuts, and a lower age limit for serving jail-time.

Some polls say the Workers’ Party (PT) candidate – Fernando Haddad – may win a run-off vote if Brazil mobilises in force against Bolsonaro.

The centre-left PT, out of power since the controversial 2016 impeachment of democratically elected president Dilma Rousseff, is currently on the rocks. But during its time in power from 2003 to 2016, it had a respectable record. It lifted around 50 million people out of poverty. It also became (according to the UN) “a champion in the fight against hunger”. And it increased health and education spending significantly.

A Bolsonaro presidency, on the other hand, would cement Brazil’s spiralling fall into a right-wing dystopia.

The international right – including Britain’s Conservatives – will continue to ignore or hide what’s going on in Brazil. But we must not.