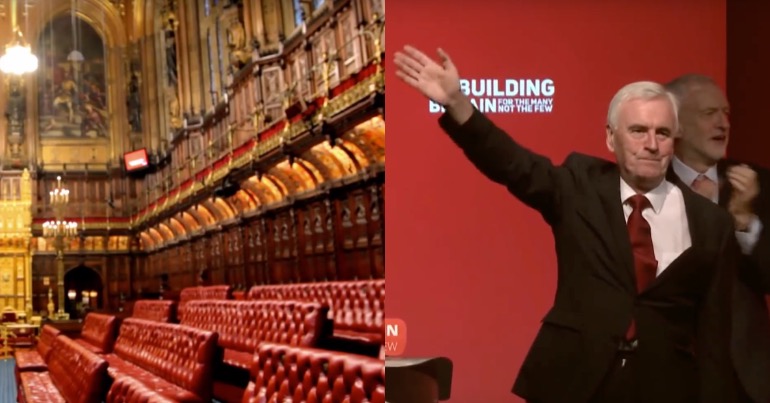 Labour’s shadow chancellor John McDonnell has outlined his radical ideas to dramatically democratise the British state during a talk for Red Pepper.

McDonnell believes Labour must work both “in and against the state”. And in a symbolic statement of intent, he is targeting the ultimate symbol of inherited political power in the UK: the House of Lords.

As the New Statesman reported, McDonnell plans to fundamentally alter the philosophy of how power operates in Britain. He proposes changing it from:

one of dominance into one of democratic engagement and participation. It’s that whole idea that you gain power to empower.

McDonnell points out the absurdity of the current House of Lords with one staggering piece of history:

How can we have a society where 92 of the people that govern this country in the House of Lords are based upon who Charles I or II slept with?

Others pointed out the historic sexism that has endured in the Lords: 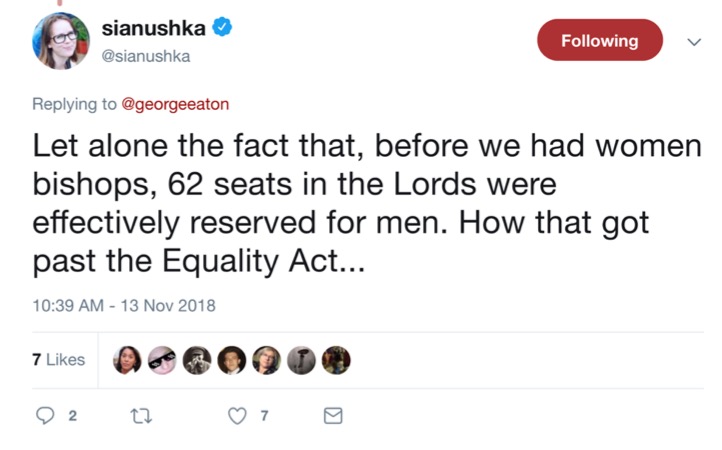 Not to mention numerous cross-party scandals involving accusations of peerages being granted for party donations. Or political peerages being abused to weight the Lords in favour of the sitting government.

What would it be replaced by? 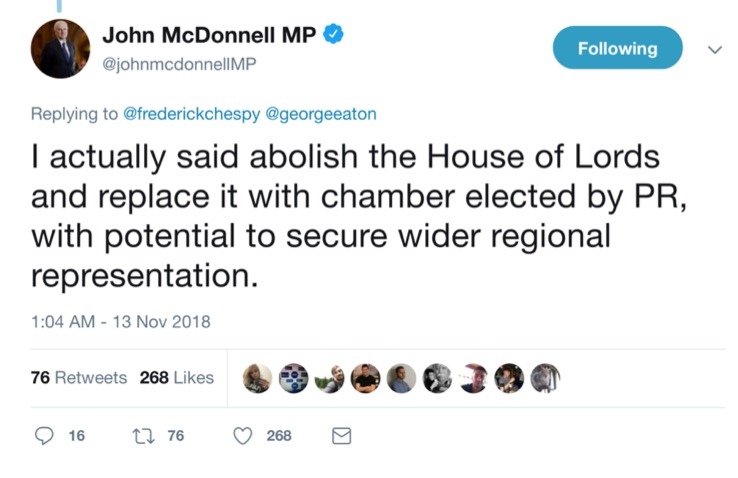 He wants to replace the current unelected House of Lords with a democratically elected senate to hold the Commons to account. This would replace the existing system, which consists of a combination of political peerages (appointments), hereditary peers (inherited titles) and bishops (due to our state religion):

This elected senate would be chosen through proportional representation – the benefits of which are explained here by the campaign group Make Votes Matter:

One of many reforms

The Lords reform proposals are just one of a list of targets for McDonnell: 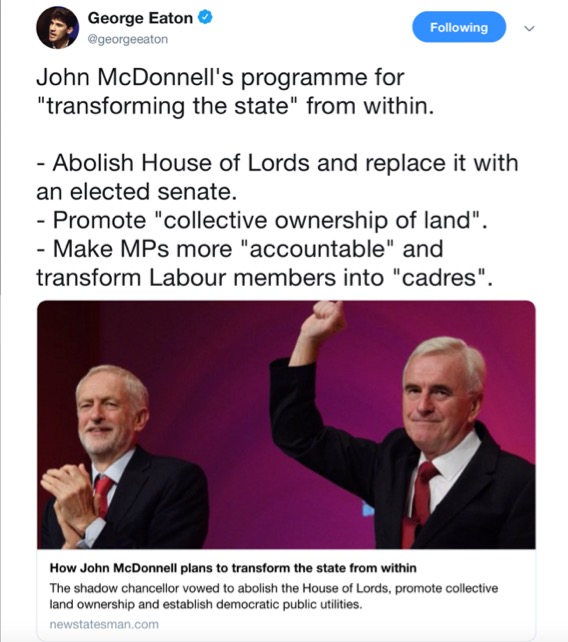 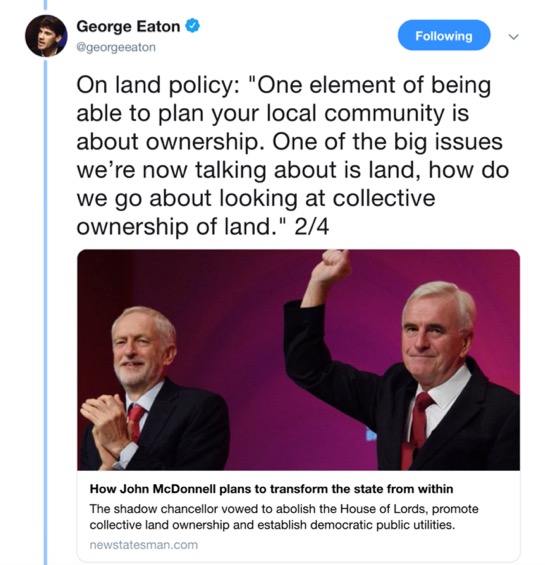 The executive government’s power to make political appointments to the Lords in their own interests means power becomes highly concentrated at No.10. McDonnell’s and Labour’s proposals would be a welcome challenge to this antiquated system. It would enable a power shift in the UK so power is wielded only by those democratically elected to have it.

– Support the Canary so we can keep holding the powerful to account.