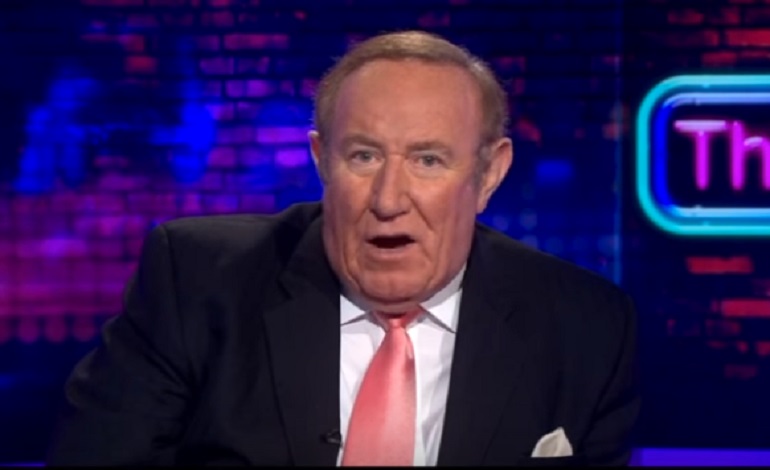 The BBC and Andrew Neil have come in for yet more criticism. This time it follows a late-night tweet in which Neil likened a journalist he didn’t like to a “mad cat woman” – a tweet many people would get fired for. Not Neil, though:

Neil is referring to the award-winning journalist Carole Cadwalladr who’s been investigating criminality in the EU referendum. Another person who’s fond of referring to her as ‘codswallop’ is Arron Banks: 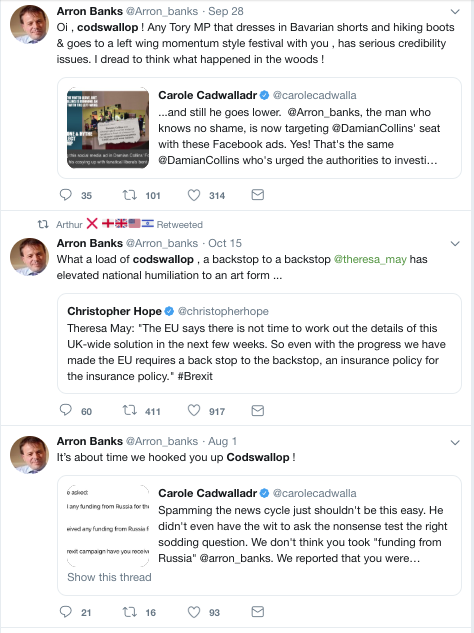 Banks is currently being investigated for alleged criminal offences in the EU referendum.

Cadwalladr herself has complained about Neil’s latest attack: 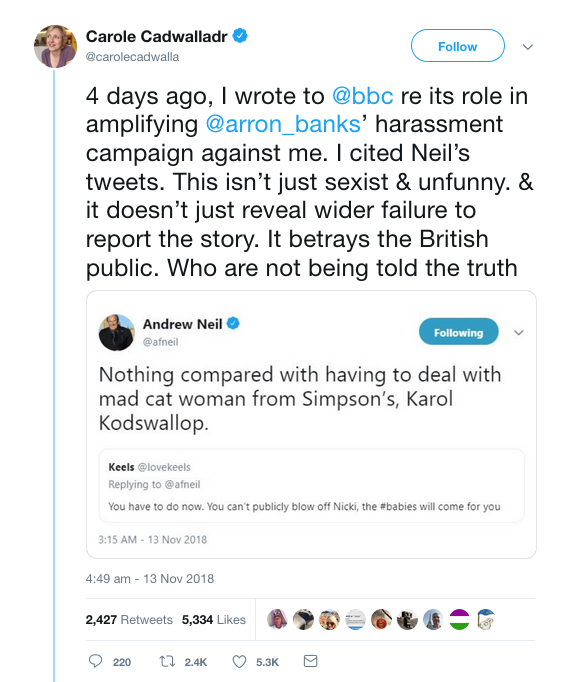 She pointed to the BBC‘s response: 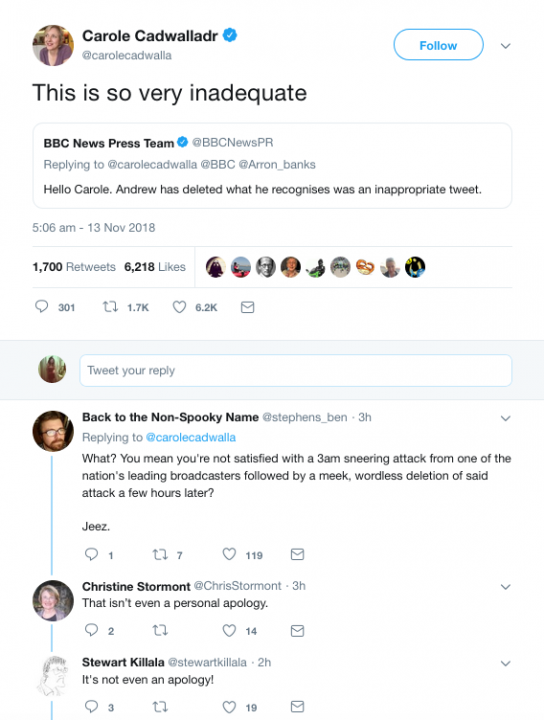 The Canary received an identical response when it approached the BBC. One person had a very good question regarding the BBC‘s public response: 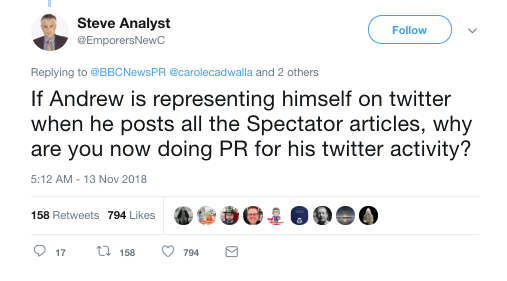 Neil is the chairperson of the Spectator. The magazine has been accused of ‘normalising hate’. It employs writers like Rod Liddle, who writes articles like Is it possible to draw Serena Williams without being racist? and was once cautioned for “allegedly punching his pregnant girlfriend”. Given Neil’s close links to such a publication, it’s difficult to take him seriously as an ‘unbiased’ BBC presenter.

It’s also difficult to believe he genuinely thinks his tweet was “inappropriate”. The BBC is saying he does, but Neil has so far remained quiet. Unless you count his retweet of the BBC‘s response, anyway:

So it looks like his tweets are personal right up until they cause offence, in which instance the BBC will appear and backtrack for them on Neil’s behalf: 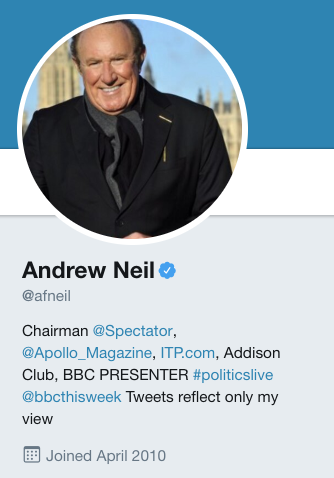 People weren’t happy at Neil or the BBC‘s continuing relationship with him: 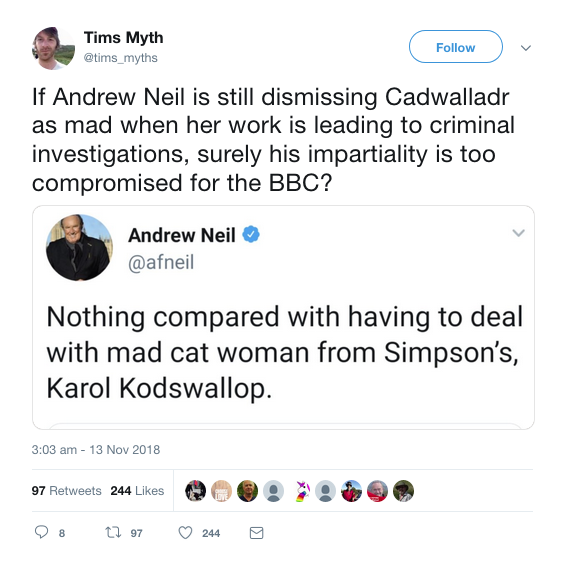 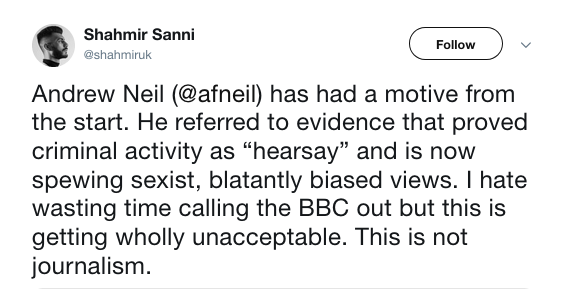 This response is from Guardian political correspondent Peter Walker. Cadwalladr has worked with the Guardian/Observer, so this tweet belongs to the genre ‘I don’t normally give a shit about this issue but now it affects me so I’m not happy’: 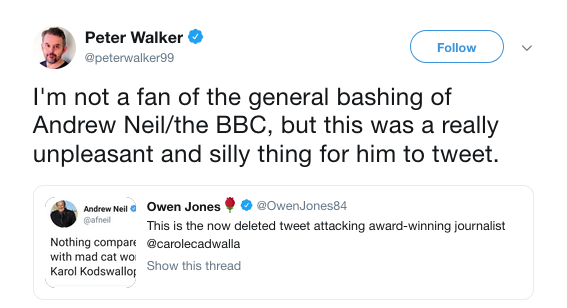 The BBC has recently been exposed as having a wide gender pay gap. If it wants to be seen as genuinely impartial and supportive of women, it’s difficult to see how it can continue working with Neil. The organisation can only make excuses for him for so long. Especially as he shows no signs of apologising for himself.