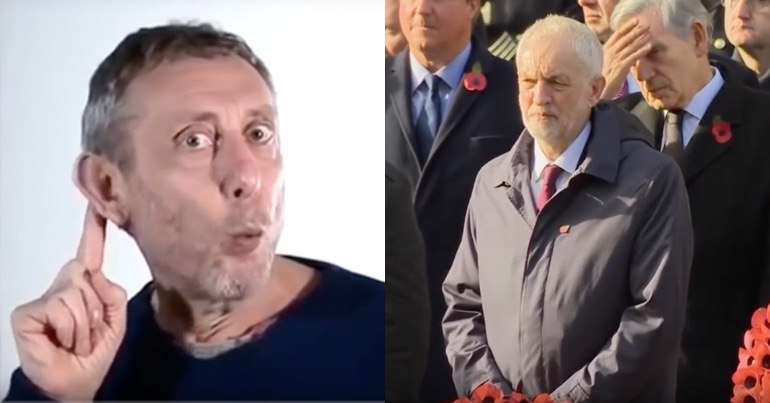 Prolific author and poet Michael Rosen has produced a beautiful poem in defence of Jeremy Corbyn.

It was written after Corbyn was savagely criticised by desperate pundits for his coat choice at London’s Cenotaph on Remembrance Sunday.

Rosen has been a long-term supporter of Corbyn, both during his initial leadership bid in 2015 and through internal Labour coup attempts in 2016:

He has also routinely raised his head well above the parapet to defend the Labour leader, notably during the so-called Labour antisemitism ‘crisis’ [note: Rosen is Jewish].

But in his latest poem, Rosen – who once contributed to a publication called Poets for Corbyn – suggests deeper reasons why elements of British society are so hostile to Corbyn when it comes to matters of war.

If Corbyn’s coat is wrong,

the others’ coats must be right.

Hurrah for the warriors of the press!

We know what rocks their boat:

at the sight of a million dead,

they quibble over Corbyn’s coat.

worn to mourn the dead of war;

worn by those who lead us

as their bombs slay even more.

It’s not his coat they hate.

That’s not really their cause

What gets up all their noses?

He opposes all their wars.

Let us imagine the day –

or it could perhaps be night.

The politicians start a war

and no one turns up to fight.

He then added at the end:

Other Twitter users were inspired to add their own verses to Rosen’s poem: 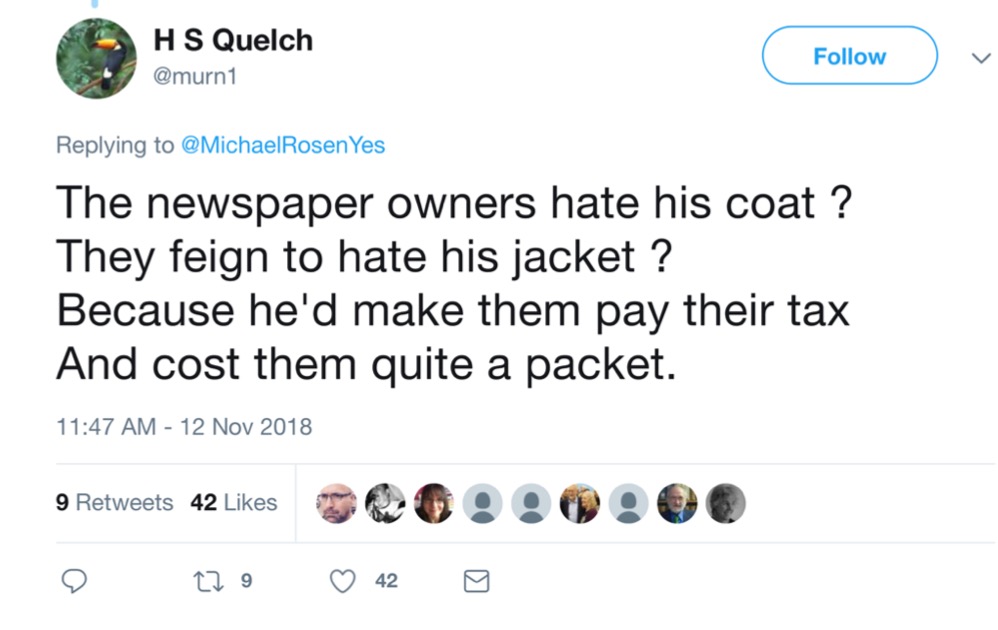 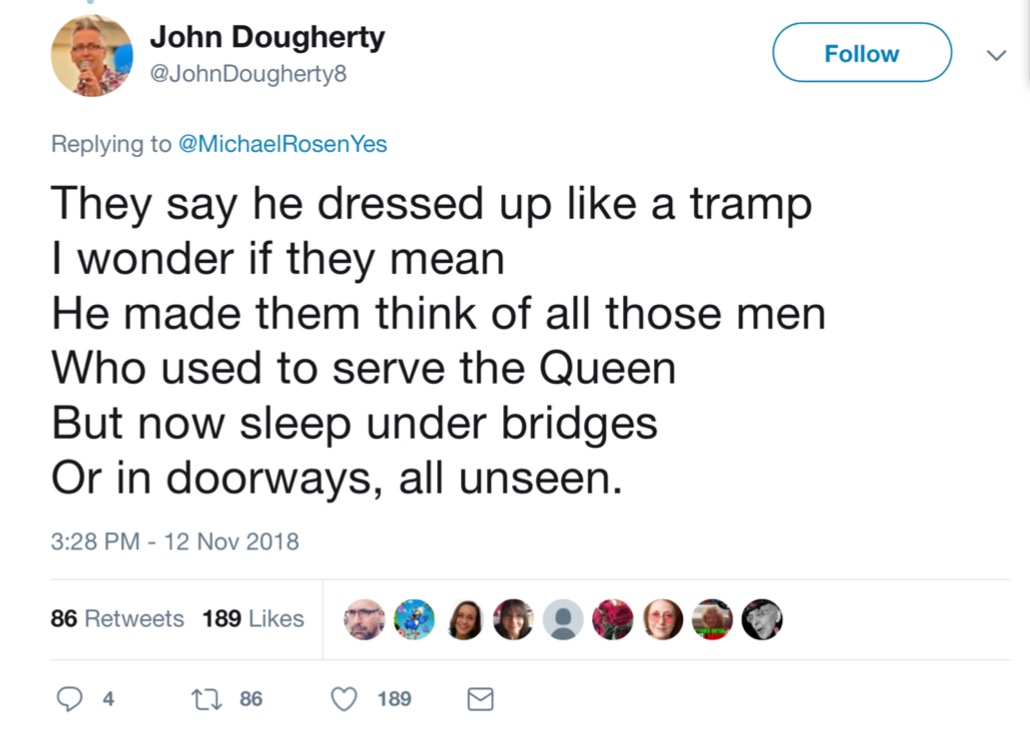 In a world where political debate involves shouting and ranting on social media, Rosen’s use of a poem shows us all that we can show dissent in more creative ways.