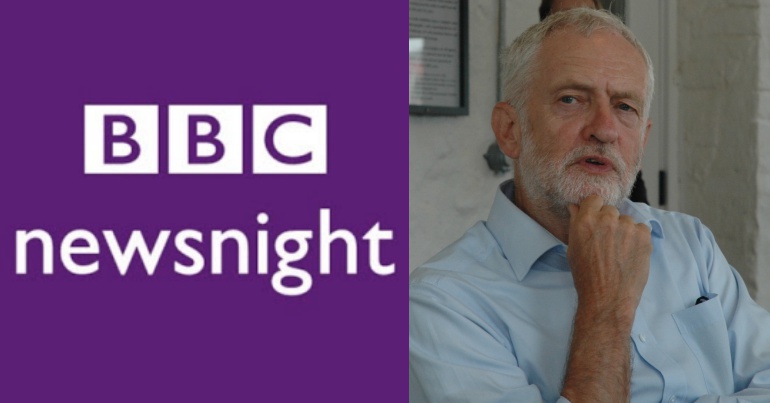 The BBC has been accused of taking anti-Corbyn bias to a whole new level. The UK is in the midst of Tory Brexit chaos. Yet Newsnight host Emily Maitlis seemed to imply there was more blame on Jeremy Corbyn for potentially heading up the next government than on the party that has led us here to begin with.

“You’re going to fail the country…”

On 13 November, Theresa May announced that a final draft agreement has been reached on Brexit. Newsnight‘s Emily Maitlis spoke to Conservatives Jacob Rees-Mogg and Dominic Grieve, and Labour’s Chuka Umunna. All three were momentarily silent when asked if they supported May’s plans.

Later in the segment, Maitlis turned to Grieve and said:

You’re going to fail the country on this one… and put Jeremy Corbyn in power.

‘The most biased 11 seconds in BBC political history’ 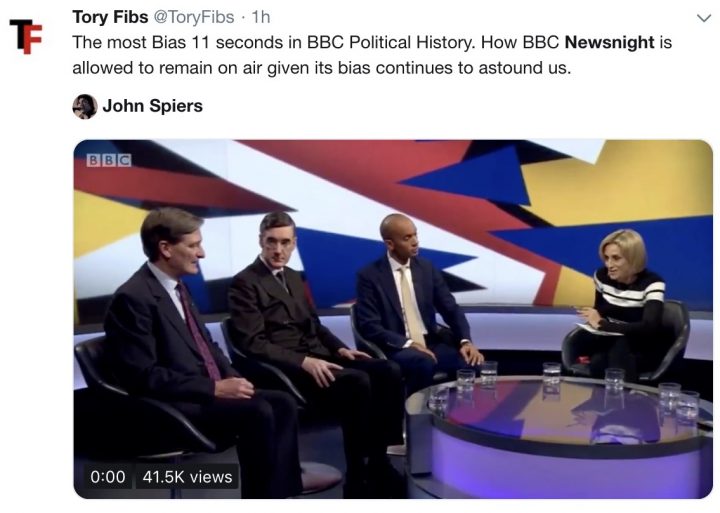 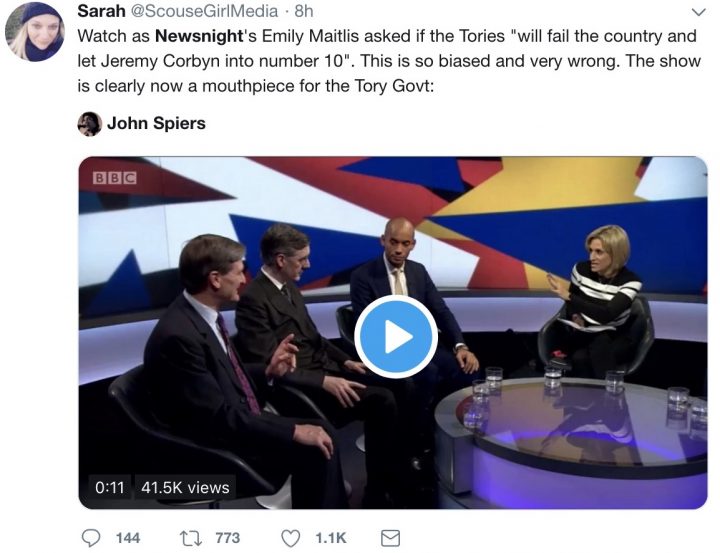 Some people thought this wasn’t the point Maitlis intended to make: 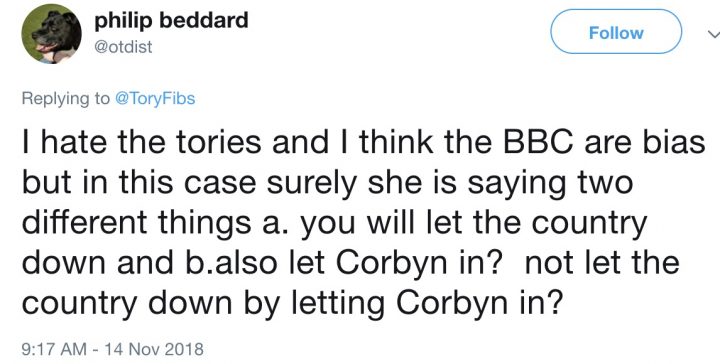 But there’s no doubt that her language left room for confusion. And others pointed out that she did very clearly say Corbyn rather than the Labour Party: 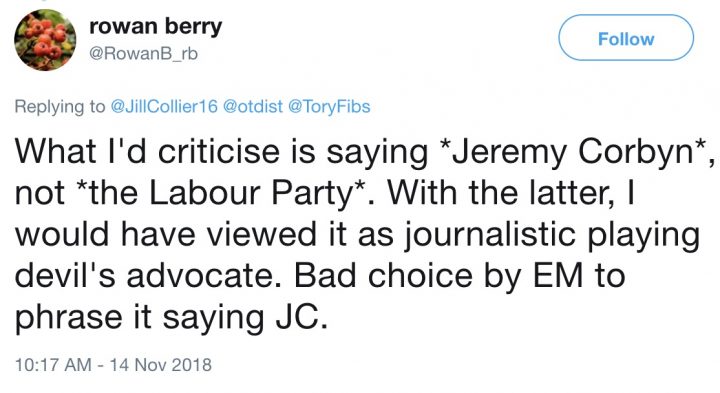 At this point of the segment, Maitlis didn’t seem to comment on the key issue. Namely, that the EU referendum was Conservative-led. And May has driven the ensuing chaos for over two years.

Over and out BBC

So far, it seems there is very little support for May’s plan. Arch Brexiteers Rees-Mogg and Boris Johnson have already been openly critical. And there are bigger concerns about the terms of the ‘backstop’ with Northern Ireland. Jeffrey Donaldson, the DUP’s chief whip at Westminster, told BBC Radio 4 that his party would not support the deal because: “This is not the right Brexit.”

Donaldson also said the DUP did not “fear a general election”. Something that apparently can’t be said of the BBC‘s politics shows. In Maitlis’ confusing language, she gave the impression that a Corbyn government would be a ‘failure’ for the country. Even for the Beeb, that’s next level bias.

Featured images via BBC/YouTube and author’s own.