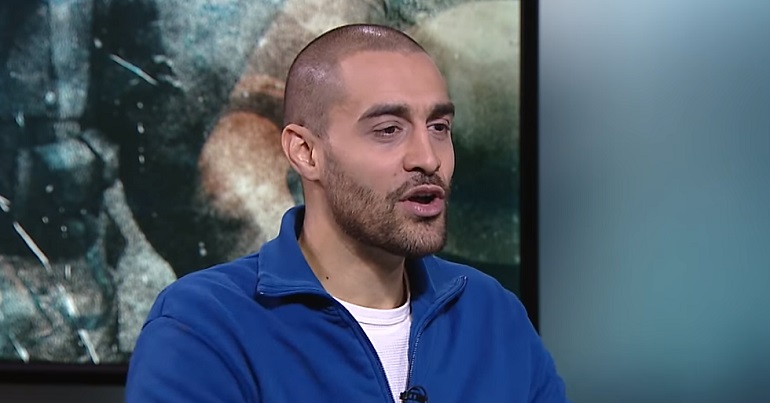 Groundbreaking rapper and activist Lowkey has just given the must-watch interview of the week. In it, he pulls no punches over various issues; not least the ongoing humanitarian disaster in Yemen.

Lowkey rose to prominence about a decade ago with the release of his first album Dear Listener. A British-Iraqi born in London, he was rapping from an early age. He was noticed after putting out a series of mixtapes; but Dear Listener propelled him onto a worldwide stage. Following that, he played festivals and concerts both in the UK and around the world.

He is also a pioneering activist; using his art to express his views and promote messages often uncomfortable for the powers that be. And now, in a wide-ranging interview for RT‘s Going Underground show, Lowkey goes in on the chaos in Yemen.

Saudi Arabia has been leading an assault on Yemen since 2015. Eight million people are now on ‘the brink of famine’. And the UN has warned this may rise to over 12 million.

Over 56,000 Yemenis have reportedly died so far in what the UN has called the ‘world’s worst humanitarian crisis’.

But as Lockley also wrote, against this staggering backdrop are European countries’ arms sales to Saudi Arabia. They total “over 55 times” more than the countries have given to Yemen in humanitarian aid.

With this in mind, Lowkey took the UK government to task over its role in Yemen.

Host Afshin Rattansi asked [10:20] Lowkey whether, in the context of Saudi Arabia’s alleged murder of journalist Jamal Khashoggi, the UK government may reconsider its support for the key Saudi role in Yemen’s destruction. And the rapper was [10:31] pretty unequivocal:

Historically, it’s believed that – and Mark Curtis has written about this – Britain were involved in a coup in Saudi Arabia to bring King Faisal to the throne in the 60s… So it’s not outside the realms of possibility that [Crown Prince] bin Salman would now currently be somewhat surrounded by some mechanisms that would attempt to move him out of power. But at the same time, I do think it is unlikely.

If you look at the… killing of Jamal Khashoggi, one of the most telling things for me in the British context was the hypocrisy of the Islamophobia industry. Because surely, if you’re one of these main superstars of the Islamophobia industry that we have here, your main point of concentration would be BAE Systems selling… almost… £5bn worth of weapons to the Saudi government. Y’know, surely you would be aiming your resistance towards the British government, since they have people from the British military helping with targeting… in the operation theatres with the Saudis while they’re targeting people in Yemen…

Yet it seems these people – these charlatans and sycophants – are merely mercenaries for the 1%. They want to direct people’s Islamophobia in a horizontal direction rather than in a vertical direction.

It is this kind of depth of narrative and historical context which Lowkey is renowned for. He displays this throughout the rest of the Going Underground interview; discussing WWI, the Israel/Gaza situation, and Grenfell. That makes it one of the must-watch interviews of the week. And the rapper himself is becoming one of the must-hear voices of our time.