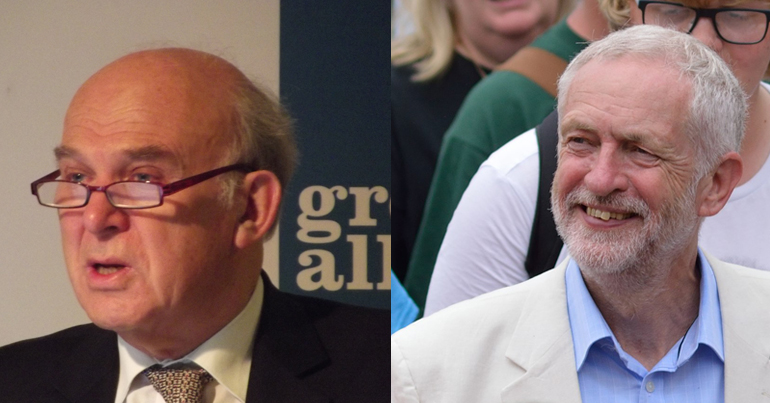 On 25th January, the Liberal Democrats sent a tweet designed to put the boot into Labour leader Jeremy Corbyn. But it backfired and the party was truly rinsed on social media:

SPOTTED! Corbyn's backbone on Brexit.
Not where it should be though… Enjoying a slice of cake when it should be standing up to Brexit.
Tell Corbyn to back a people's vote now > https://t.co/70T7fUlye5 pic.twitter.com/ZUZBjb8QxO

One can only assume that the party was disappointed with the results of its latest attempt to attack Labour at all costs. 24 hours after posting, the tweet had amassed a grand total of only 112 retweets. Conversely, the tweet had over 600 replies, almost all of them negative. When it comes to Twitter if your replies outnumber your retweets, you’ve messed up. This Twitter phenomenon is called “The Ratio” and it never lies.

Responses to the ill-advised tweet alternated between bemusement, outrage, and absolute derision. Some pointed out that the embarrassing tweet was par for the course for Lib Dems:

This is pretty embarrassing. Mind you, being Lib Dems you must be used to that.

Aaron Bastani of Novara Media beautifully summed up the humorous value of the tweet in question:

Wow, this was a zinger.

Others were blunter in their criticism:

If you can't be truthful, at least try to be funny.

Many people on Twitter questioned the wisdom of the Lib Dems, of all parties, criticising Labour for its lack of backbone. The fact that the Lib Dems propped up the Tories during the coalition years and enabled austerity was not lost:

Others pointed out that the party famously reneged on its landmark promise to not raise tuition fees almost immediately after gaining a whiff of power:

Remember when you guys spent a whole year going round the country pledging that absolutely never, under any circumstances, would you vote for a rise in tuition fees and you voted to treble them within 6 months of going into coalition with the Tories?

Where did the spine come from?

Arguably the most mystifying aspect of the bizarre tweet was the presence of a spine. Ash Sarkar of Novara Media asked the question on everyone’s mind:

1) Did you actually go out an purchase a spine replica?

2) How can it enjoy cake when it has neither a mouth nor a digestive system?

Others wondered if the effort had been worth it:

going out to buy a spine for thirty retweets, how desperate must you lot be

Some highlighted the absolute absurdity of the situation:

Yeah we're the sensible opposition. Oh, this, yeah it's just a spine we found. https://t.co/HHniki9VmR

Others just couldn’t wrap their heads around it:

Even your 'sense of humour' is weird. Just get back to painting your faces blue with yellow stars and doing those 'furious middle class' grimaces. More entertaining.

A good spine is a terrible thing to waste

Not content to make an absolute fool of themselves once, the party doubled-down. About two hours later, the party tweeted another variation on the same joke, this time with the spine in a bookshop:

You enabled this mess.

No wonder more people believe in alien sightings than they do the @LibDems.

You’ll be forever known as the party of betrayal.

After that tweet was also roundly mocked one would assume that the Lib Dems would have taken the hint. However, yet another spine-themed tweet cropped up the next day:

This is such a badly judged set of tweets. If you wanted to prompt a flood of ‘but… you literally propped up an austerity-happy Tory-led government for five years’, this is how you do it.

Theresa May’s handling of the Brexit negotiations has been an unmitigated disaster. In seeking to appease the eurosceptic wing of her party May has brought the country to the brink of a no-deal Brexit. Despite this, the Lib Dems seem to spend a great deal of time and effort attacking Corbyn and the Labour Party. While Corbyn has pushed to remove no-deal from the table, the Lib Dems have refused to support further attempts to break the deadlock through a general election. It seems that in pushing for the divisive, and seemingly doomed Peoples Vote, the Lib Dems are willing to keep the Tories in power.