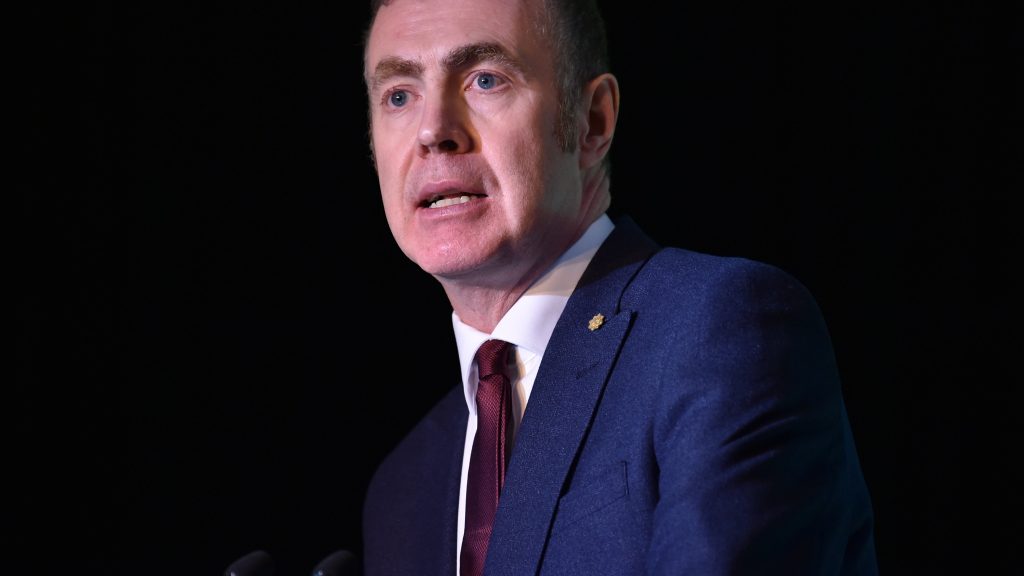 He said plans for a green industrial revolution include significant investment in rail and bus travel, three tidal lagoons, a barrage and a new offshore wind farm.

Price said Plaid would invest £20 billion over the next 10 years from a national reconstruction fund, which would include the electrification of all mainline rail lines, creating tens of thousands of jobs.

Speaking from Coleg y Cymoedd college in Nantgarw near Cardiff, he said: “This transformative vision, central to the Welsh green jobs revolution we’re planning for the whole of Wales, is the biggest programme of reconstruction our nation has seen for generations, and not before time.”

Price called on Wales to create its own national energy company, and said a new “green” industrial revolution would help tackle the threat of climate change.

He said: “Wales was the cradle of the first industrial revolution, but the sad truth known to all of us who live in Wales is that our country hasn’t reaped the benefits of our own wealth.

“We know that Wales has enormous potential.

“We are rich in natural resources and our people are talented and skilled.

“Just as we were the first time, we can be the cradle of another revolution, a green jobs revolution, creating tens of thousands of green collar jobs and seriously tackling the urgent climate emergency we face.”

To help fund its plans Plaid Cymru is calling for Westminster to allocate an extra 1% of GDP to its investment fund, allowing Wales to invest an extra £15bn.

It said it would also press the Treasury to raise Wales’ borrowing limit from £1bn to £5bn, to reach the £20bn total for its green jobs promise.

The party says the money would be invested into electrification of all mainline rail lines and Valleys railways, a metro system, and the construction of tidal lagoons in Swansea Bay, Cardiff, and Colwyn Bay.

Also included in the plans are an offshore windfarm near Ynys Mon, a barrage on the River Usk, and the construction of 20,000 green social houses.

Price said his party would also fight to remain in the EU in a “final referendum”, saying: “We must defeat the negative, hope-crushing wrecking ball that is Brexit.

“And if you want the people to have their final say then we must encourage as many of them to say loudly and clearly in the days ahead this Brexit is not for us, it never was and never will be.”

He also used his speech to renew his call for Welsh independence, saying: “They say that our dream of an independent Wales is improbable, that our poverty is inevitable, well, this is the moment when the improbable beats what Westminster says is inevitable.”

The party say a Welsh Government led by Plaid Cymru after the 2021 Welsh Assembly election would produce a self-determination Bill, aimed at a referendum on independence before 2030.