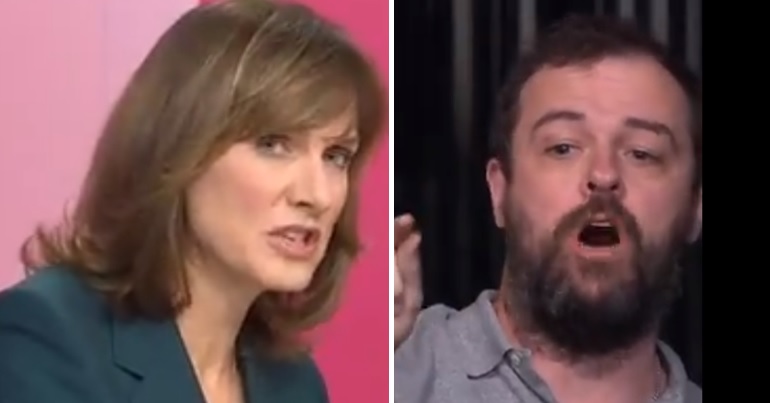 On 21 November, an audience member on BBC Question Time (BBCQT) attacked Labour for pledging to tax ‘ordinary people’ like him. The problem is, he’s in the top 5% of earners in the country. And even the BBC had to step in to call out his nonsense.

Labour’s tax calculator shows that the party is only asking the richest 5% of earners to pay more income tax. Its fully-costed 2019 manifesto also makes that clear.

However, one BBCQT audience member claimed:

I am one of them people that [Labour] will tax more, and I am nowhere near in the top 5%.

After Labour’s Richard Burgon said he was wrong, he continued by saying:

With confusion both on the panel and in the audience, he then revealed that he earns over £80,000 – which clearly does make him “in the top 5%”.

“I’d like to call out Labour as liars. I am one of the people he will tax more”

This audience member, who earns over £80,000, criticises the taxation promises in the Labour Party manifesto. #bbcqt pic.twitter.com/jKJtz2QlqL

He couldn’t be more out of touch with reality

The man’s claims on BBCQT were so nonsensical that even the BBC had to call them out:

Thanks to @JolyonMaugham. The HMRC figures do indeed exclude those not earning enough to pay income tax, which means the @bbcquestiontime audience member would have been well inside the top 5% of earners. You can read more about it here: https://t.co/9ARPGS1NtE

And it highlighted the utter absurdity of the ‘not even in the top 50%’ claim:

It also shared the following graph in an article on the subject to make it extra clear: 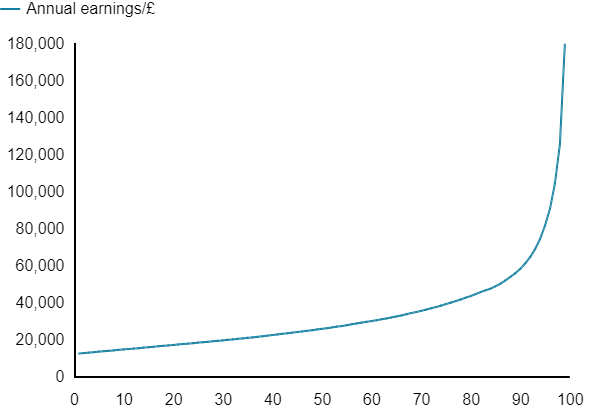 As the BBC pointed out these tax office figures “exclude people earning too little to pay income tax, which means that the audience member would have been well into the top 5% of all earners”. As the Institute for Fiscal Studies (IFS) pointed out in August 2019, “43% of adults pay no income tax”.

While the BBC did expose the audience member’s nonsense, the BBCQT account on Twitter didn’t provide any clarity on its tweet that included his false claim. So it didn’t undo the damage done when people saw the original clip live or on social media.

Income inequality in Britain is extreme, and we need to talk about it much more. Because the share of national income that the UK’s ultra-rich receive has increased significantly since the 1980s. And today, only 310,000 people make up the top 1% of earners, who are“disproportionately male, middle-aged and London-based”. Such extreme inequality is disastrous for numerous reasons.

The man in the BBCQT audience may not be able to see his position of privilege. Or he may not want to see it. But it’s there. So the BBC rightly called him out. Because Labour is not planning to tax ‘ordinary people’ more. It’s simply seeking to address the immense inequality that has only grown worse and worse in recent decades under Tory and Tory–lite governments. And to do so, it’s asking the wealthiest 5% to pay a bit more. That is not a big ask, but it’s something these people will fight tooth and nail to prevent – even if that means spouting barefaced lies.