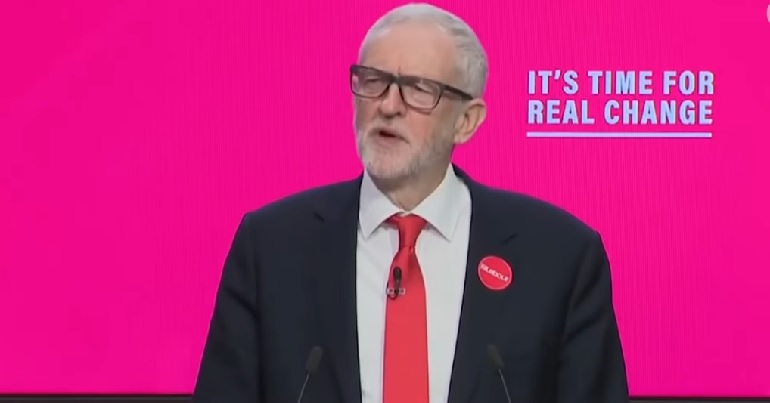 The Labour Party launched its manifesto in Birmingham on 21 November ahead of the upcoming general election. People have roundly praised the manifesto for its transformative policies, which will go some way towards alleviating the suffering caused by the Tories during their near-decade in power.

But one aspect of the manifesto that stands out is the focus on addressing injustice and inequality, and women’s issues in particular:

The Conservatives have failed to tackle society’s burning injustices. Instead, they have inflicted injustice after injustice on women, Black, Asian and Minority Ethnic (BAME) and LGBT+ communities and disabled people. Over 85% of the burden of Tory/Lib Dem cuts has fallen on the shoulders of women. [emphasis added]

This acknowledgement of the disproportionate harm austerity has caused to women is important. But even more significantly, concrete steps are proposed to address the disadvantages women continue to face due to structural misogyny and sexism:

"Over 85% of the burden of Tory/Lib Dem cuts has fallen on the shoulders of women. [Labour will] ensure women’s refuges receive the long-term sustainable funding they need. Misogyny and violence against women and girls will become hate crimes."#LabourManifesto

The manifesto includes a proposal to set up a Women and Equalities department with a full-time secretary of state:

So proud of our Women and Equalities policies in #LabourManifesto! I'm so excited to deliver true equality in a @UKLabour Govt – including a standalone Women and Equalites department, Emancipation Educational Trust and much much more! Read the manifesto: https://t.co/Ue6ImhrRsz pic.twitter.com/eMH1qvqeC9

And it pledges to close the gender pay gap by the year 2030:

#LabourManifesto We will put women at the heart of our government and programme. Next year marks the 50th anniversary of the Equal Pay Act, yet women still earn 13% less than men. Labour will take action to close the gender pay gap by 2030

Furthermore, women affected by changes to the pension age won’t be left behind:

Don't let the media mislead you on where @UKLabour stands on the #WASPI mess that the Tories made. Today, the #LabourManifesto committed to:

It’s clear that inclusion is at the heart of Labour’s manifesto, as the party has clarified its stance on trans women as well:

I'm delighted Labour has confirmed that "single-sex spaces" mentioned in its manifesto are trans inclusive, and that the party is committed to trans rights. See statement below from a Labour spokesperson: pic.twitter.com/TW1nCSqihj

Women’s safety and well-being is another key issue that the manifesto addresses. Labour has pledged more support for survivors of domestic violence. And among its most groundbreaking policies is one that will make misogyny and violence against women and girls a hate crime:

"Violence against women and girls is unacceptable as is many women’s experience of criminal justice agencies. We will set new standards for tackling domestic and sexual abuse and violence, and appoint a Commissioner for Violence against Women and Girls." #LabourManifesto https://t.co/qcWXfYfEa2

And for the first time ever, there are plans to introduce ten days’ paid leave for survivors fleeing domestic abuse:

This is life saving, this will create a safety net for so many fleeing abusive homes & relationships. #LabourManifesto

We are pleased to note that the Labour #manifesto includes the decriminalisation of abortion. Because of the hard work of pro-choice campaigning, decriminalisation – trusting women to have control of their own bodies – is now mainstream policy.#NowDecrim #ProChoice pic.twitter.com/OPFiHRYdBX

And it takes an empathetic view towards women who’ve experienced miscarriages, with plans to offer them bereavement leave:

The statutory leave for miscarriages is such a good policy. My wife suffered one before my son was born and had to go into work the next day. It nearly killed her. I never want to see *anyone* go through that. There is only one party offering to materially change people's lives.

All in all, there’s much about the Labour manifesto to make people hopeful. And certainly for women, Labour’s policies offer more support than that of any other party – making their choice of who to vote for on 12 December that much easier.