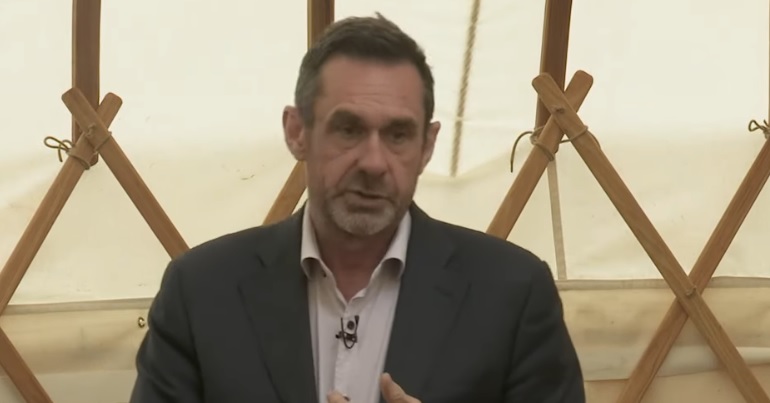 Many of Britain’s billionaire-owned media outlets ran the same front page quote about Labour’s manifesto on 22 November. Based on comments by the boss of the Institute of Fiscal Studies (IFS) Paul Johnson, they screeched at readers that Jeremy Corbyn’s plans are “not credible”.

But economics journalist Paul Mason nailed the glaring flaw with this notion. Namely, that the attack line stems from a failure to think outside of the current prevailing “ideology” in Britain, which Labour’s plans fundamentally do, and arguably, the country desperately needs.

A question of trust

The IFS offered its hot take on Labour’s manifesto proposals on 21 November. Johnson gave an interview to ITV in which he made the “not credible” claim about Labour’s tax proposals. Mason questioned the IFS’s “credibility” in response:

The Institute for Fiscal Studies is in danger of destroying its own credibility: its attacks on Labour's manifesto have crossed the line from reasoned analysis to ideology. As an economics journalist don't trust them anymore. Here's why… 1/

Mason then went on to highlight the wider point made by Johnson and the IFS regarding Labour’s plans. The Guardian reported that the IFS director said:

The truth is of course that in the end corporation tax is paid by workers, customers or shareholders so would affect many in the population.

As Labour’s manifesto details, it will “reverse some of the Tories’ cuts to corporation tax while keeping rates lower than in 2010”. The party plans to increase this tax on companies gradually, up to 26%, which is less than the 28% it stood prior to the coalition government. Regarding Johnson’s position on this, Mason clarified:

So the argument is that corporation tax, and other taxes raised on companies “inevitably” gets passed on to consumers, workers and shareholders. The right wing ideological claim “companies don’t pay taxes, people do”, then is at the heart of the argument…

3/ So the argument is that corporation tax, and other taxes raised on companies "inevitably" gets passed on to consumers, workers and shareholders. The right wing ideological claim "companies don't pay taxes, people do", then is at the heart of the argument…

The economics journalist points to a problem with this argument, though. He said “Labour’s structural reforms will protect consumers and workers”. So, Mason argued:

It is simply ideology, not professional economics, to insist that the burden of a 26% tax rate on corporations “must” be felt by workers and consumers.

Effectively, Mason is saying the IFS has passed judgement on Labour’s tax plans without factoring in the impact of all its policies. Labour’s manifesto contains a whole raft of proposals besides raising corporation tax. Lower housing, energy, water, transport, and even broadband costs through its nationalisation plans would obviously benefit many consumers. Meanwhile, the party’s plans for workers, such as a Real Living Wage, higher public sector wages, scrapping zero-hour contracts, and strengthening union rights will not only protect but embolden workers.

There is no experience in the post-neoliberal economy of a rich world govt systematically blocking corporations from passing on tax rises to consumers and workers – yet that is what Labour will do.

Basically, Mason says outfits like the IFS aren’t equipping themselves properly. They’re examining Labour’s tax plans within the boundaries of an “ideology” that wouldn’t exist under a Corbyn government. The economics journalist did, though, helpfully offer a way through the impasse the IFS currently finds itself in:

Here’s the challenge: build an agent based model to simulate the behaviour of workers, consumers, the government, financial speculators, companies and the central bank. Test Labour’s manifesto against it. Without that the IFS “not credible claim” is just bullshit.

That is the challenge for institutions like the IFS: analysing Labour’s plans in the context of the party’s transformative plans for the country as a whole, not through the lens of the system as it stands. If it doesn’t rise to it, it’s in danger of misleading the public.

It’s not a challenge the billionaire-owned papers that seized on the IFS claim are likely to take up, though. Doing so would severely interfere with their propaganda operations. They’ll no doubt continue to spread anything that could be damaging to a progressive agenda on their front pages. However, people deserve better from the IFS.

Featured image via the Institute of Art and Ideas/YouTube