The Conservatives have been fooling us for years. Now an Oxford professor is exposing the truth. [VIDEOS] - Canary 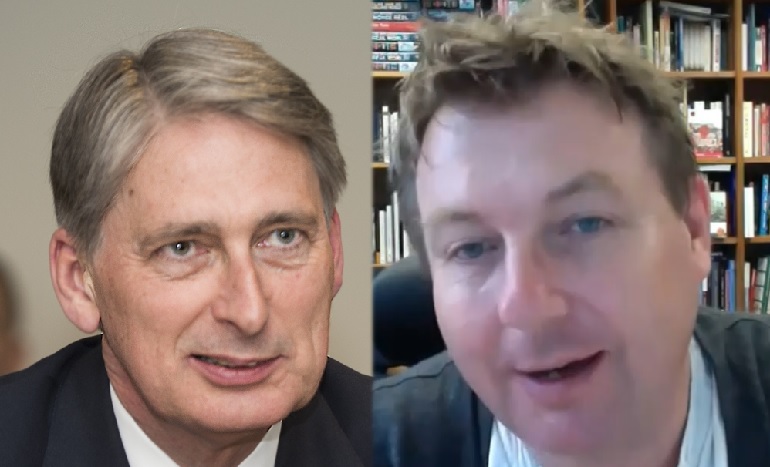 The Conservative Party has been fooling Britain for years. But fortunately, one Oxford professor is now exposing the truth.

Since Margaret Thatcher, the dominant ideology in the Conservative Party has arguably been neoliberalism. More moderate voices have been beaten back by this extreme wing, and subsequent Tory leaders have generally seen inequality as a force for economic good.

In 2017, Conservatives are still pushing such views. And at their recent conference, key figures like Chancellor Philip Hammond continued to push myths about both their opponents and the state of modern Britain.

But now, the University of Oxford’s Prof Danny Dorling has spoken to The Canary. And he didn’t hold back. Talking about inequality in the UK and the “complete shambles” under the current government, he said of Hammond in particular:

No. We do not need more economic inequality.

When you look at countries with lower levels of economic inequality, they’re almost always doing better in almost all spheres of life…

Referring to people who insist that inequality is necessary, he says:

There’s a sea of misinformation out there that says that ‘it just has to be like this’, and it isn’t hard to refute.

Having studied countries more equal than the UK, he stresses:

Businesses still prosper. People still have jobs. There’s still innovation… It doesn’t all end just because you’re not as unequal as the UK and the USA… an alternative is possible and currently exists right now, elsewhere in the world, very happily.

Conservatives are “on the back foot”

Jeremy Corbyn is right that inequality has become a mainstream issue… It’s very hard to find anybody who doesn’t say it’s important. What has happened recently is a new surge of interest and recognition that we cannot carry on like this… That is quite new. And it’s taken the Conservative Party on the back foot. They really don’t like talking about inequality. They don’t want to talk about it…

People are not stupid. They realise that these gaps between us are the things that are making life difficult in this country.

The myths filling the 2017 Conservative conference

Speaking about Philip Hammond’s claim at the Conservative conference that Jeremy Corbyn is somehow scaring off innovators by advocating greater equality, Dorling pointed out that it’s not hard to prove the Chancellor wrong. He said:

You can get data on innovation. If you look at patents, you actually see that the highest rate of people patenting inventions per head is in the more equitable countries, where they invent more things.

Dorling also challenged Hammond on what the real meaning of ‘economic freedom’ was, insisting:

Economic freedom is the freedom to have enough money so that you are not starving and forced to do any job that goes. You can actually have a choice… And when you’ve got that choice, you begin to become politically free. You begin to lose fear. And when you’re not frightened, you can make rational choices over what you do.

We need a “more democratic, fairer media” to break through the myths

Speaking about the media, meanwhile, Dorling told The Canary that:

When inequality grows – and that’s happened since the late 70s in Britain – the media again tends to be ahead of the curve. It tends to be the champion of inequality… and it becomes a cheerleader for unfairness.

And to decrease inequality, he insists, the media needs to change:

Without a more democratic, fairer media, it is difficult to deal with inequality. Because you’ve got a constant cheerleader for inequality. You’ve basically got a kind of liar in chief saying: ‘Oh, this is good for you. You don’t need that money’…

Dear Conservatives: stop trying to fool us and start learning from other countries

As Dorling explains, “the UK was the second most equal large country in Europe to Sweden in the 70s”. So we’re not fundamentally different from our European neighbours. We’ve just been following a different path from them in recent decades. And now, Dorling says:

We’re like the child who’s last in the class, but other children learned what we need to learn two or three years ago in the class. That’s how behind we are.

The main thing government can do is to tax high incomes at a very high rate to deter people who have power to get those incomes from getting them… It’s to help control the greedy and stop them being greedy, so that the firms do not pay a lot of money to a few people – they employ more people on salaries on which you can live comfortably, rather than many people on very low salaries and a few people on far more than they need…

In general, when this is done and it happens, the rich tend not to run away. They tend to change their behaviour.

In short, the Conservative Party should stop playing political games. It should listen to the experts. And it should act urgently to reduce inequality in Britain. Because at the moment, it’s embarrassing us all – for the whole world to see.

Featured image via Flickr and Ed Sykes for The Canary