Nobody’s talking about this ‘savage attack’ buried in Universal Credit. But some people could lose thousands. - Canary 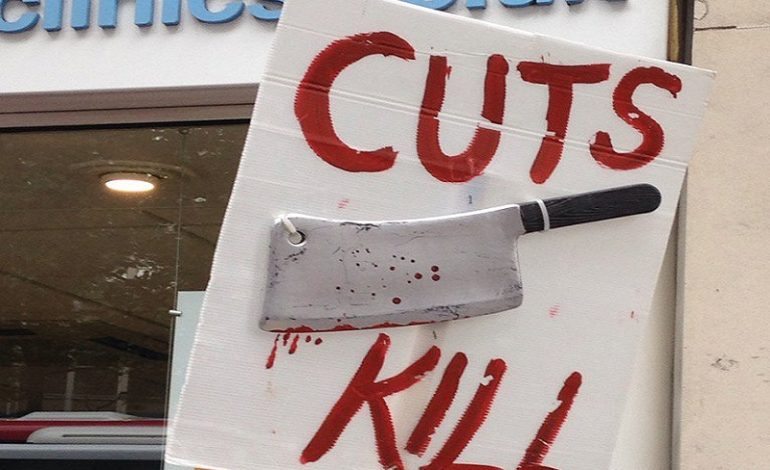 As Universal Credit continues to make the headlines, there’s one element of it which barely anyone has spotted. It’s a cut by the Department for Work and Pensions (DWP) that will leave some people who can least afford it up to £5,100 a year worse off.

A barrage of criticism

Universal Credit has faced a barrage of criticism of late, with Labour calling for it to be halted, 25 Tory MPs rebelling against their government and both the Trussell Trust and Citizens Advice saying it needs to be paused. But the Secretary of State for Work and Pensions David Gauke has said that the Universal Credit rollout will continue regardless.

Under the Universal Credit system, previous welfare payments such as Employment and Support Allowance (ESA) and Jobseeker’s Allowance (JSA) will end. But two payments that some disabled people currently receive are not being incorporated into Universal Credit. And campaigners claim this “savage attack” is a “cut too far”.

The Enhanced Disability Premium (EDP) and Severe Disability Premium (SDP) currently give disabled people with high support needs £15.90 and £62.45 a week respectively. But under Universal Credit neither [pdf p3-4] payment exists. These, along with ESA and Income Support, will be replaced with the following payments under Universal Credit (NB: the amounts are for single people over the age of 25, without children and unable to work through ill health or disability):

What the DWP is putting into place are “transitional protections“. In theory, it will ensure “some” existing claimants do not receive less when they ‘migrate’ from their current awards, such as ESA, onto Universal Credit. It will work by the DWP “considering” [pdf p1] “topping up” people’s Universal Credit payments. But there are several problems with this:

None of this applies to new claimants, or anyone who has a change of circumstance. So, what the government has effectively done is shaved £2,100 off many disabled people’s entitlements. While other disabled people with similar health conditions won’t get a cut.

The other major problem with this is that no one else is going to make up the £41.10 shortfall.

As Disability News Service (DNS) reported in January 2016, the government stated that the SDP was:

a payment for care costs rather than daily living costs… [so] costs for care are picked up through the social care system.

In other words, councils would be responsible for making up people’s £41.10 shortfall. But the problem is, councils won’t always do this. As The Canary previously reported, since the former Independent Living Fund (ILF) was closed councils now receive central government grants for disabled people’s care packages. But this money has not always been ringfenced, meaning some disabled people have seen their payments reduced by up to 68%. So, therefore, it is unlikely that councils will be able to make up the £41.10 shortfall under Universal Credit.

And if all of this seemed bad, there’s worse. Because if a couple in these circumstances makes a new claim or has a change of circumstance, they’ll lose £113.75 a week – or £5,195 a year. This is because SDP rates are per person, whereas the limited capability element of Universal Credit is a set amount for couples, which is less than double the rate of a single person element.

It’s important to note that every individual’s circumstance is different under Universal Credit, and in some cases people may be financially better off. But there are also countless people who, it looks like, will not be. Also, The Canary has only analysed rates for people who claim ESA, not those on Income Support, Pension Credits or Jobseeker’s Allowance who receive SDP.

We are committed to supporting people into work while making sure the right care is in place for those that can’t. Under the previous system, support for severely disabled people was complex and poorly targeted. Universal Credit is simpler and reflects the old system’s two rates for disabled people, with an increased rate for severely disabled people so support is focussed on those who need it the most. Importantly, those people who are moved onto Universal Credit will not see their benefit reduced.

But co-Founder of Disabled People Against Cuts (DPAC) Linda Burnip hit back. She told The Canary:

The loss of thousands of pounds a year from the income of severely disabled people is an utter and total disgrace. And even for the Tories must be seen as a cut too far. Research has shown that the additional costs of being disabled is at least £550 per month. While UC [Universal Credit] is designed to try to force people into low paid and insecure employment the people who are going to be affected by this savage attack on their incomes are also those least likely to be able to work.

What the government is doing with Universal Credit is essentially redefining disability. So, for example a 20-year-old tetraplegic who moved onto Universal Credit on 1 July 2019 from ESA, EDP and SDP would get their full, previous benefit award ringfenced. But a tetraplegic who turned 18 on 1 July 2019 and started claiming Universal Credit would, according to the DWP, be less in need of support to the tune of £2,929.68 a year. In the nefarious world of the Conservative government, this may seem OK. But it must surely seem the cruellest of cuts to the rest of us.