Once again, the poorest people have been shafted in the latest coronavirus plan - Canary 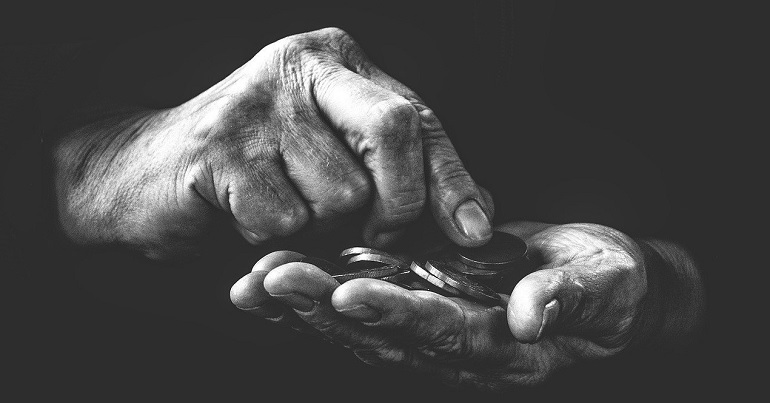 The official regulator of finance in the UK has announced new rules for personal debt during the coronavirus (Covid-19) pandemic. But far from helping those who need it, the guidance has effectively screwed over the poorest people in the UK.

Another day, another coronavirus response

On 2 April, the Financial Conduct Authority (FCA) issued a statement. It’s the regulator of banks, credit card companies, and other financial institutions in the UK. The FCA has made some changes to the rules surrounding personal loans, credit cards, and banks during the pandemic. As financial expert Martin Lewis tweeted:

NEWS: @TheFCA says banks MUST as a min

– allow payment freezes on credit & store cards, loans & catalogue debt (tho interest still charged so only do if ness)

In short, the FCA has said that financial institutions should offer vulnerable people the chance to:

Also, banks now have to offer 0% APR (interest) on up to £500 of existing customers’ overdrafts; providing these people already have an overdraft.

But while this seems like good news, as Lewis also tweeted:

Just for clarity – loans payment holidays means all personal loans. Yet specific car finance, payday loans, and high cost credit are not included within this.

The Canary spoke to the FCA. It confirmed that Lewis’s analysis is correct. It’s odd that payday loans are not included in the FCA’s new rules. But the devil of this is in the detail.

Payday loans are also one of the most controversial aspects of personal finance. And it’s often poor people who suffer the most because of them.

As the FCA itself reported, HCSTC is big business in the UK. It said that:

Hitting the poorest, the hardest

Also, it seemed to be poorer and younger people who took out payday loans. For example, in the year to 30 June 2018:

This paints a picture of payday loans being used more by poorer people. For example, in the North West in 2019, child poverty was rising. Over half a million children were in poverty, with Blackburn with Darwen and Manchester being in the UK top ten for this measure. Also, more private renters aged under 40 are in poverty than the numbers for social housing and home ownership combined.

But perhaps the biggest issue with payday loans is people’s existing financial circumstance. The FCA says that:

67% of payday loan borrowers… are over-indebted compared with 15% of UK adults.

In short, this means that around two-thirds of people with payday loans are unable to keep up with all their credit repayments. Essentially, they’ve got more money going out than they have coming in. It’s this which sticks in the throat with the FCA’s new rules.

Nearly one million people have now applied for Universal Credit in the space of two weeks of lockdown. Many of these may be self-employed people whose work has dried up. And many in this group of people were already financially unstable. So, with the FCA so far not taking payday lenders in hand, these people could face even more financial distress if they already have payday loans.

As The Canary previously reported, the Salvation Army has warned that Universal Credit could cause a “coronavirus debt crisis”. Factor in payday loans, and it could be a catastrophe. The FCA must act now to ensure people with payday loans aren’t pushed further into crisis.