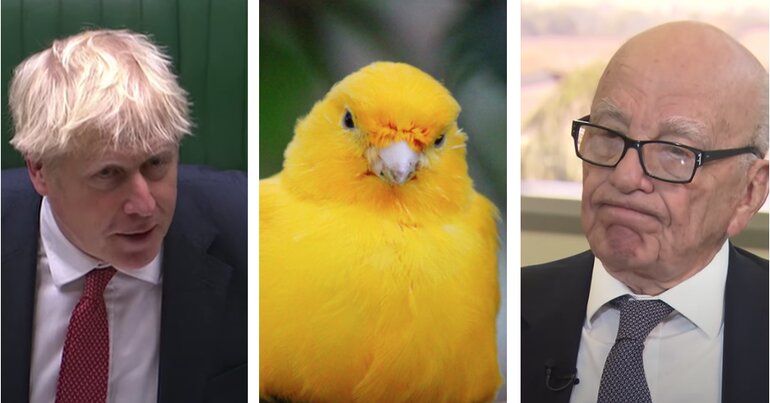 For five years, The Canary has survived everything the establishment has thrown at it. From the decimation of our advertising income – a problem that has affected the whole industry – to politically motivated attacks on our staff. Despite it all, we delivered powerful investigations and original journalism that kept powerful people up at night.

Now, with your help, we are about to become an even bigger pain in the ass.

Independent media is needed now more than ever. And The Canary has matured to become an essential part of the UK media landscape. With that in mind, we’re evolving. As The Canary celebrates its fifth birthday, we took time out to transform it from top to bottom, right down to its very founding principles.

When we launched in September 2015, we didn’t know if we’d last five minutes. The founders each chipped in our share of the £500 it took to set up a website and hire an accountant. There were no donors, no grants, and we had no connections. But we had a dream: to create a new kind of journalism, and a new kind of journalist. Unashamedly working class, diverse, left-wing, and loud. And it didn’t take long for the establishment media to lose its collective mind.

But no matter how hard they tried to bully us into submission, we kept rising. Because it was never about ego or money for us. It was always about building a world that works for everyone. And faithful, rigorous, brave journalism is key to that.

Our biggest reward for surviving these years is to get to arrive at this day. We knew it would take time to gather the resources and reputation to do the work we really wanted to do. But now, we are here.

First, we want to create a safe and nurturing work environment. With that in mind, we have overhauled the employment terms for our whole team, including increased pay. We have also capped the pay gap between the most senior and junior members of the team at 20%. We believe criminally exorbitant executive pay in journalism is part of what’s killing the industry. Earlier this year, the Guardian announced it was cutting 180 jobs, while just three of its executives took home salaries worth £2m. That’s outrageous. We believe when readers offer financial support to media outlets, we have a duty to direct it towards journalism, not executive perks.

Second, we want to slow down our journalism. We will be funding an investigative unit, dedicated to uncovering hidden truths. Two exceptional investigative journalists are joining our team and are ready to hit the ground running. We can only fund the unit for six months on our current income. But we believe our readers want this unit enough that you will help make sure it’s funded permanently.

Third, we have recruited a fresh intake of hungry, talented journalists into our newsroom. We will be introducing you to each of our team over the next couple of weeks. And we’re sure you’ll be as excited as we are. They bring with them a wealth of experience and skills that we know will bring real fire to our newsroom.

In short, expect more channels, more video, more exclusive investigations, and more rigorous journalism than ever. You’ll even be getting a groundbreaking podcast series and a satirical show.

Please bear with us while we get our new newsroom operational and our new staff settled. By the end of September, we will be fully relaunched.

As a reader-funded outlet, we rely on the people who love what we do to fund our work. We aren’t beholden to the handful of billionaires that owns the mainstream press. We are answerable to you. We have listened very closely to the things you want us to become. We have balanced those against our own dreams. And Canary 4.0 is the fullest realisation of our collective dream for The Canary yet.

But one thing will not be changing. We will continue to be as aggressive and uncompromising in the fight ahead as we always have been. Whether it’s government corruption, racism, or the rising fascist threat, we will fight with you every step of the way. We will place ourselves on the front line, and we will fight relentlessly on behalf of, and alongside, marginalised groups for equality, and justice. And we will do it all with our usual levels of cheek and irreverence.

We only ask that you lend us all the support you can to equip us in that fight. We need everyone who is able to subscribe. We will never put a paywall on our journalism, so we ask those who can afford it to subsidise free access to our journalism for all those who can’t. American fascists have raised over $1m (and counting) for the terrorist who murdered two Black Lives Matter activists in Kenosha. They are equipping their soldiers. The Left must do the same, and better, if we are going to stand a chance in meeting them head on.

We are so excited about the year ahead. And we are ready to take the fight to the far right in all its manifestations.

Join the fightback, and become a member of The Canary community here