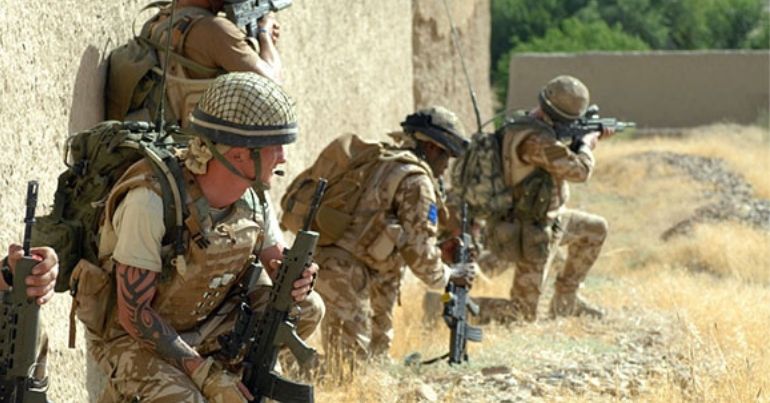 Military veterans have condemned Labour’s mass abstention from a Commons vote on the Tory Overseas Operations Bill which critics say could decriminalise torture during military operations.

Their comments come after a fiery debate in Parliament on 23 September which saw three Labour MPs, including the popular socialist Nadia Whittome, sacked for rebelling against party leader Keir Starmer’s orders to abstain:

Thank you all for your messages of support. My statement below: pic.twitter.com/7pZWFUYZzs

Defence minister Ben Wallace shot back by saying it was Labour’s illegal wars which had created the situation in the first place.

Veterans, whose voices are usually absent from such discussions, have now told their side.

Former soldier Jimmy Young told The Canary that he was concerned about how far the new Labour leadership would go to win right-wing votes:

I understand that they’re trying to take back the language of patriotism for the right and claw back voters in that way, but to abstain on a bill that would essentially make actual war crimes easier to happen/harder to prosecute, it looks more like blatant fence sitting than it does ‘We’re the party that looks after squaddies, lads’.

Moral principles should never have to play second fiddle to aesthetical voter reach, and its a bit unnerving of the direction Labour might lurch to.

A former paratrooper and Iraq veteran, who asked not to be named, said the bill had implications not just for overseas operations, but also for the domestic rule of law:

The whole thing undermines the country, making it look like a tinpot dictatorship to the rest of the world. As a soldier, I never thought we should be above the law. It undermines the Army and the standards and ethos it tries to drill into us.

It is quite honestly an insult to ordinary soldiers who pride themselves on professionalism. And even from a selfish British pov [point of view] precedents set abroad tend to come back to the UK in one way or another. Ireland is the perfect example of that when we look at things like policing.

He also warned that the bill was an attack on the rights of current and former military personnel to make claims against the military for negligence and injury:

The bit on soldiers and veterans themselves [being] unable to make legal claims is infuriating. Spent years listening to words like “betrayed” being used by soldiers, civvies and politicians to describe particularly those on the left. Blokes aren’t daft, army life is precarious. And we have little to no say. Expected to damage our bodies and then when we are no good, unlike the officer class, we’re just thrown to the side. This feels like another betrayal.

Today will be swept up with Sunak’s announcements but before we move on from yesterday’s vote on the Overseas Operations Bill, it’s important to note that deciding not to vote against the Bill would have been a serious Rubicon to cross for anyone concerned about human rights.

The bill passed by 331 votes to 77. Most Labour MPs abstained but 18, including former leader Jeremy Corbyn, Diane Abbott, Richard Burgon and McDonnell, opposed the new legislation which will have a third reading at an, as yet, unspecified time.

Before that third reading, MPs on all sides of the house should listen to the voices of these veterans who feel ‘betrayed’ by this bill.