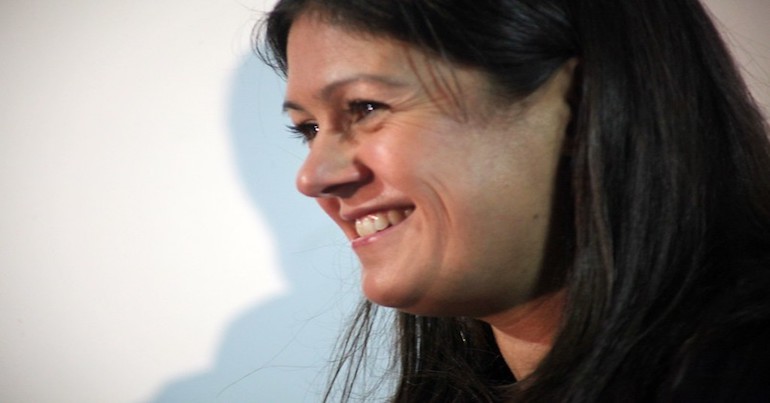 Corbyn's Labour was demonised for championing internationalism and an inclusive collectivism, supporting migrant and minority rights. Now it seems Labour is going out of its way to disassociate from those values.

Starmer and Nandy have signalled a switch in policy direction that emphasises family and tradition. This is the first sign that Labour’s messaging is drawing on values and phrases that are traditionally right-wing. David Cameron and Theresa May’s phrasing of British values are particularly pertinent here; both former prime ministers emphasised the centrality of respect and tolerance whilst overseeing regressive policies from the Windrush debacle to Prevent legislation.

Visions of a progressive Britain

Nandy began her comments by stating:

This seems like a harmless sentiment. But, linking progress and ambition raises a series of questions. Who shares this vision? Who do we see belonging to the Britain of the future? An understanding of Britain’s past opens up the limits of imagination as to who can be seen as carrying the potential for its future. Loving a country requires loving the past – the makings of a country – and for Britain this means a past strewn with colonialism, empire, and aggressive foreign policy.

With this context, it would certainly be ambitious to love Britain. Just perhaps not in the manner Nandy intended.

It further remains highly questionable as to how much of a pivot this actually represents for Labour policy under Starmer. As much as Theresa May’s ‘go home’ vans are, rightly, still criticised for their cruel symbolism, Labour’s “controls on immigration” mugs from 2015 show that border control and immigration are far too often the litmus test for the apparent viability of Labour to the general electorate:

Nandy is plainly attempting to appeal to those who ground their politics in love for their country. However, patriotism that seeks to uphold borders and immigration controls as proof of a nation state’s power requires robust challenging.

Standing up for Britain

Nandy continued that Labour has:

Nationalism and patriotism have increasingly come to be associated with far right and white nationalist politics. Whilst it may hold that one does not always denote the other, it is unavoidable that the association has weight. Putting Britain first mimics Donald Trump’s repeated claims to put America, and American interests first.

Making Britain great again has its own history for Britain, as referenced in scholar Paul Gilroy’s Small Acts [p. 28]. Gilroy describes party slogans during the summer of the 1987 election:

The Labour Party pleaded for Britain to heal its deep internal divisions and become ‘one nation again’ while the Conservatives underlined their success in ‘putting the Great back into Britain’…this language made no overt reference to ‘race’ but it acquired racial referents. Everyone knows what is at stake when patriotism and deference to the law are being spoken about.

The language of putting a nation first has historically been a dogwhistle for race relations. Nandy’s use of “British interests” and uniting the country carry disturbing parallels to the Labour and Conservative election campaigns from 1987, as well as Trump’s brand of patriotic zeal.

If it’s “divisive” to say that Britain is a racist country (as Stormzy was viciously criticised for), or to say that Black Lives Matter (sparking tens of thousands of complaints), then maybe we’re better off with divisiveness. A divisiveness that more fully examines whose futures are at stake, and whose interests we’re fighting for has to be better than a fall into unified fascism.