Rishi Sunak 'can't save every job', but he can save the queen - Canary 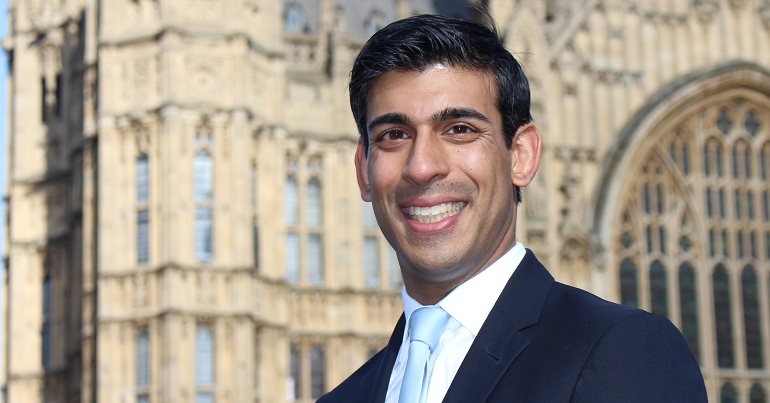 On Thursday 24 September, Rishi Sunak released his Winter Economy Plan, intended to protect jobs and businesses from the impact of the ongoing coronavirus (Covid-19) pandemic.

Disappointingly for some, the chancellor’s announcement revealed that the government won’t be extending the existing furlough scheme. Instead, the plan is to implement a ‘Job Support Scheme’ – but only those working at least a third of their usual hours will be eligible for support. This will likely leave countless workers, who are currently on furlough, on their own, with no support from the government, and at the brink of destitution.

During the announcement, Sunak declared resignedly that he “can’t save every job”. But for those whose livelihoods have been hit hard by the pandemic, this statement might have stung a little less if, only a day prior, the Treasury hadn’t disclosed a bailout package for the Queen:

As Rishi Sunak tells workers they’ll have to forego a third of their income, the government promises the Queen she won’t lose a penny. https://t.co/CBnYC8vw0R

Following Sunak’s economy plan announcement, people quickly made the connection. And needless to say, there was outrage:

I see Johnson is gonna bail out the Queen due to the loss in estate portfolio ???? When the fuck are we gonna stop being a nation of forelock tuggers and start thinking of the people who've kept this country going thro this pandemic the working class who do shit work 4 shit wages

It turns out that as a result of loss in income from her properties during the pandemic, the Treasury will “provide the estate with extra money to meet any shortfall in profits and make sure the Queen’s sovereign grant remains at its current level”.

But where an act of god (the pandemic) didn’t spare royal investments, Sunak was still on hand to save the queen. Commoners be damned:

Lizzie Windsor’s investments have crashed and wm says they’ll bail her out with tax payers money. People are homeless and losing their jobs fgs!!

Then again, for the Tories, bailing out billionaires is entirely on brand:

'I can't save every job' says Sunak.

Meanwhile, as our children rummage in bins for food, the Tories can use OUR money to bailout the Royal family.

Fyi — Forbes estimates the monarchy is worth around £72.5 billion.https://t.co/KRfDYWvfw3

What happens now? For weeks, unions and MPs, among others, have been putting pressure on Sunak to extend the furlough scheme. Despite this pressure, ‘Dishy Rishi’ delivered a rescue package that will be limited at best, and catastrophic at worst.

It’s difficult to imagine what the winter will be like for the many people facing unemployment, evictions, and food poverty. None of which the queen will ever have to worry about. So it’s telling that the Tory government is still on hand to bail her out. Yet again, the priorities of this government are clear for all to see.