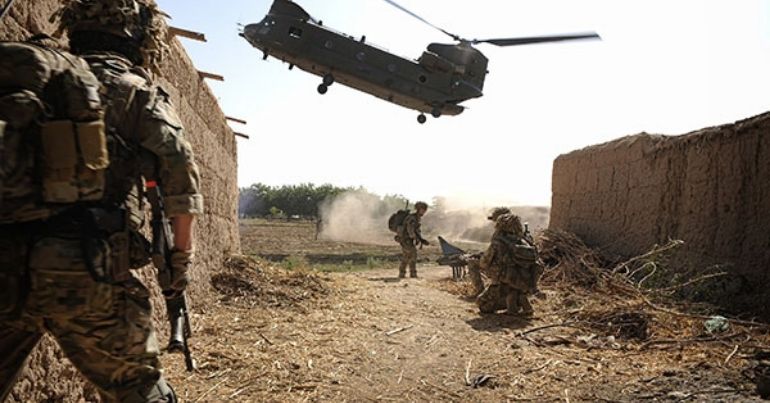 Top UK generals have laid out their vision for a permanent state of covert global warfare. The plan includes using drones and special forces and a ramping-up of hostilities in the Far East.

Speaking on 30 September 2020 at the Policy Exchange think-tank, the head of the UK military general Nick Carter outlined his plan for the UK’s part in the US-led global Forever War.

The multi-faceted new approach will be known as the Integrated Operating Concept and aims to counter enemies like China who, he claimed, operate at a lower level than outright war-fighting, preferring covert tactics like espionage and cyber warfare.

Today Defence Secretary @BWallaceMP and Chief of the Defence Staff General Sir Nick Carter spoke at @Policy_Exchange on the launch of the Integrated Operating Concept.

the need to compete below the threshold of war in order to deter war, and to prevent one’s adversaries from achieving their objectives in fait accompli strategies.

He also indicated that this new approach to military operations could occur anywhere in the world with no time limits:

a campaign posture that includes continuous operating on our terms and in places of our choosing.

Ahead of Carter’s keynote speech, another senior general had already touted some of the details of what the next phase of UK military adventurism will look like.

A renewed push into the Far East, high-tech drone swarms and an expanded Special Forces capacity featured among the new initiatives the British defence establishment is planning.

In time, Armoured Fighting Vehicles will be command hubs – ‘motherships’ – commanding teams of robots and thereby generating a new form of combat mass. They will be supported by longer range and more powerful artillery than the Army have ever used, firing on targets identified by swarms of drones.

He said that there was a “market for a more persistent presence from the British Army in the Far East.”

If we are going to see a UK presence in the region from Carrier Strike Groups I would like to see some of those naval assets disembarking elements of the British Army for their own training in that part of the world.

Carleton-Smith said that “growing our Special Operations and intelligence capability” was essential to stay ahead of rivals. He insisted that their role would be to “shine a light into the shadows.”

But we should see the Integrated Operating Approach in the context of the UK government’s Integrated Review. This mass audit of every aspect of UK foreign policy – from overseas development and nuclear weapons to defence and intelligence – was due to be published in 2020. But it has been delayed by the coronavirus (Covid-19) crisis.

The shift towards covert warfare and military operations has been underway for some time. And the new integrated approach could be read as an attempt to sell to the public the increased use of drones, militias, Special Forces, cyber and air power which has characterised UK military activity since the failure of the Iraq and Afghan wars.

One of the key democratic issues is the accountability of such operations. It is government convention to refuse comment on operations of the kind the generals are looking to expand; operations which are already largely exempt from Freedom of Information requests on the grounds of so-called ‘national security’.

As the UK’s top generals push for their vision of perpetual war, this accountability is needed more than ever. 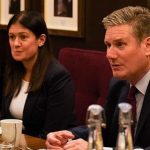