It's Pride month, which can only mean one thing: pinkwashing klaxon - Canary 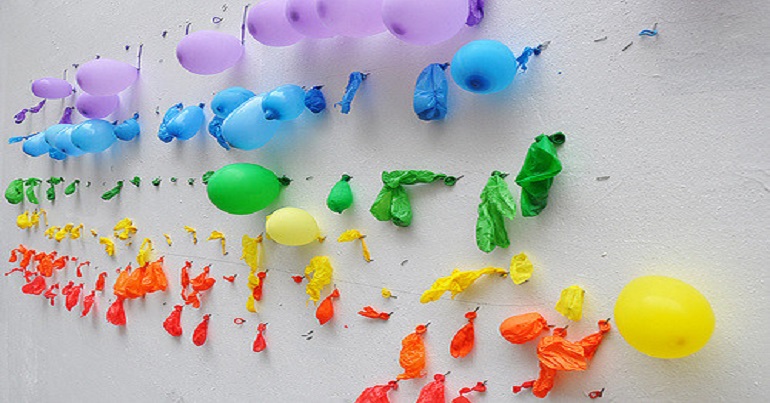 June is Pride month: where the LGBTQI+ community celebrate their diversity. It’s also supposed to be about political and social change. Yet in the 21st century, Pride has turned into little more than an exercise in corporate ‘pinkwashing’.

most commonly refers to the deliberate appropriation of sexual liberation movements towards regressive political ends.

Pride month is probably the best example of this. Because (for want of a better phrase), June sees the corporate capitalists come out of the closet to douse themselves in rainbow flags. All in the name of PR, of course.

As gunnion sarcastically summed up:

“american LGBTQ people should have the right to oppress LGBTQ people in other countries just like everyone else!!” – people in my mentions [right now]

But not everyone agreed. One user commented:

There are LGBT people who work at these places and it’s good that they feel supported.

and how does that square with the LGBTQ communities bombed with [Raytheon’s missiles]? or the ones brutalized by repressive regimes that mckinsey consults for? or those displaced by resource driven conflict funded by blackrock? [sic]

‘Nuff said’. The media company Comcast is another example. It tweeted its support for Pride month on 1 June:

Lovely – if you ignore the fact that in the US in 2017-18, Comcast donated over $2m to politicians who were anti-LGBTQI+ rights. Or if you gloss over the fact that a former top executive tried to sue Comcast because of alleged discrimination due to his sexuality. It obviously denied this. Ironically, the worker in question was also Comcast’s “public LGBTQ liaison”.

But it’s not just corporations that put their images on a 40 degree pinkwash cycle to make sure their dirty laundry comes out rainbow-clean. Governments do it as well.

As Fem Magazine noted, Israel is an offender:

Perhaps the most noted example of pinkwashing is Israel’s public relations campaign to promote itself as the “gay mecca” of the Middle East. This campaign emerged in direct response to “bad press” it received for human rights violations, particularly following global media coverage of the Sabra and Shatila Massacre.

But of course, the UK Conservative government jumped on the pink bandwagon too. This is despite involving itself in an anti-trans campaign against Stonewall, :

A month to celebrate LGBT equality across the UK and beyond.

Take a look at our video highlighting some of the amazing recent LGBT moments 👇#PrideMonth2021 pic.twitter.com/E2mMU2xgWG

A protest banner perhaps summed up the situation best. Someone shared an image on Twitter which read:

We proudly support the LGBT+ community whenever profitable and convenient

Pride’s history is distinctly anti-capitalist. For example, as Bustle wrote:

For a lot of folks, having big corporations sponsor commercialized Pride marches is disrespectful to the history of Pride. The Stonewall riot that most people cite as the origin of Pride was a direct response to police raids and brutality, but Pride marches today tend to be accompanied by police escorts.

The month needs reclaiming as a modern, anti-capitalist, global egalitarian movement – before the pinkwashing consumes it for good.