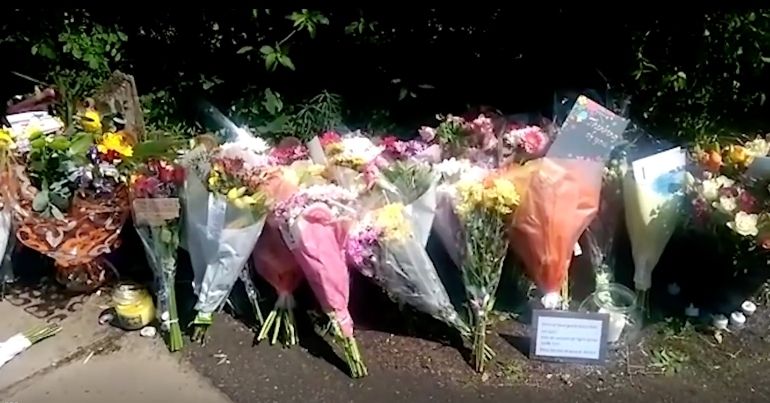 West Midlands Police have charged a man with the murder of 14-year-old Dea-John Reid. On 31 May, a group chased and fatally stabbed Reid in the chest in Kingstanding, Birmingham. Having not initially identified that the attack was racially motivated, police are now investigating reports that the group racially abused Reid prior to the attack. Anti-racist campaigners took to Twitter to share tributes to the boy. The murder investigation is ongoing, and police are calling for information.

The murder of Dea-John Reid

On 2 June, West Midlands Police named the boy who a group fatally stabbed in Birmingham as 14-year-old Dea-John Reid. According to police, a group chased and stabbed Reid in the chest on 31 May. He died at the scene.

On 1 June, West Midlands Police detective chief inspector Stuart Mobberley said that there was “nothing to suggest that this is a racially motivated attack” at that time. However, police are now investigating reports of a prior incident in which the group racially abused Reid and his companions. A spokesperson from West Midlands Police told The Canary:

As the investigation has progressed we now believe there was an incident involving Dea-John and his friends shortly before the murder. That quickly escalated, resulting in Dea-John’s tragic death.

During this precursor incident racist language was directed at Dea-John and his friends; that’s now being investigated.

The force has voluntarily referred the case to the Independent Office for Police Conduct. According to the Guardian, detectives are not currently classifying the case as a hate crime.

Disturbed that the police ruled out racism as a motive in the killing of 14 year old Dea-John Reid before conducting an investigation. Now we learn of the racial abuse he suffered prior to his death. 💔 For Dea-John, his family & friends. https://t.co/Lh1oF68s9I

Kingstanding HAS NOT changed. I grew up knowing that this area was one I needed to be weary of forever dominated by the NF/BNP in the 80’s & 90’s.I’m sickened and sad to read this😔 Dea-John Reid, RIP 💔 https://t.co/pnsrsm6Su3

A community in mourning

Reflecting on the “communal grief” that the local community is experiencing in response to the brutal attack, and welcoming the police’s investigation into its racial element, community activist bishop Desmond Jaddoo told The Canary:

A young man has lost his life and no stone should be left unturned.

The only saving grace now is that the police have acted quickly and decisively. They made arrests and people have been charged. I think as a community that has been welcomed.

On 1 June, police arrested six people on suspicion of murdering Reid. Police have charged 35-year-old Michael Shields with murder. He appeared at Birmingham Magistrates Court on 3 June. A 38-year-old man and a 14-year-old boy remain in custody for questioning. Police have released “two men, aged 36 and 33, and a 13-year-old boy” with no further action. The investigation is ongoing.

Reid’s family shared a tribute to the 14-year-old, saying:

This loss not only affects us but everyone Dea-John knew, we have lost a son, his siblings have lost a brother and others have lost a friend. The passing of this incredibly talented young boy will be felt by us all. How many more mothers will have to mourn for their sons for this to stop?

We are saddened by the death of Dea-John Reid. A 14 year old from Birmingham whose life was cut short by a racist attack. We send our deepest condolences to his loved ones during this difficult time. ❤️ https://t.co/4AGqnCP0UC

We will get justice for you ✊🏾❤️ pic.twitter.com/A7FWklo5fa

It doesn’t matter how much we understand the reality of racism in our society, it will break our hearts as long as it exists.

We are thinking about Dea-John Reid, his loved ones and all racialised young people who will find this news hard and scary. https://t.co/ivxWN1TKvG

Praying for the family of 14-year-old Dea-John Reid who reports now confirm being racially abused before his murder on Monday. Dea-John's family made a 💔 statement tonight: "How many more mothers will have to mourn their sons for this to stop?" https://t.co/imTkHPcoj2

This is a significant step forward in our investigation, but we are still pursuing all lines of enquiry to find anyone else involved in Dea-John’s tragic death.

We are looking at all the circumstances which led up to the events of Monday evening and anyone who has information should contact us.

Noting that the attack took place “on a busy thoroughfare” in “broad daylight”, Jaddoo addressed the local community saying:

If you have any information at all, please get in touch with the police.

Police are asking anyone with information to get in touch here or contact Crimestoppers anonymously on 0800 555 111.