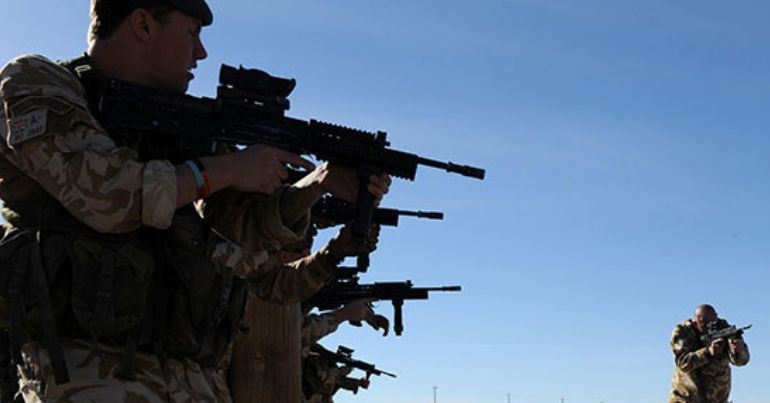 16 military personnel were referred to the Prevent scheme in the last two and a half years, records show. Of these, 11 concerned far-right politics. Investigations involved all three military services.

The Prevent scheme is a controversial government-run anti-extremism body which, on paper, aims to intervene in radicalisation. The problem of far-right extremism in the ranks has become an issue not just for the UK, but for several major allies.

The referrals of so many serving military personnel to Prevent, and the general rise in violent far-right extremism in society as a whole, should act as a reminder of the ever present threat of [far-right] extremism and the need for the MoD to increase its internal education and enforcement of its publicly stated rules.

Investigations included two serving sailors. One was a nuclear submariner. The individual had links to the far-right Identarian Movement. In 2018, a soldier was jailed after he was found to be a member of the fascist group National Action. Army and air force cadets were also referred to Prevent.

The problem of far-right soldiers is international. The US, German, and French governments have all had to deal with the far-right inside military communities.

Trump supporters raided Capitol Hill in January 2021. They wanted to stop the transition of power to president-elect Joe Biden. NPR reported that 1 in 5 defendants in legal cases brought after the riot had served in the military.

In France, serving and former generals clashed with the government over an open letter warning of civil war unless immigration was checked. They said “Islamism and the hordes of the banlieue [impoverished suburbs]” could damage national unity.

two kilograms of PETN plastic explosives, a detonator, a fuse, an AK-47, a silencer, two knives, a crossbow and thousands of rounds of ammunition. They also found an SS songbook, 14 editions of a magazine for former members of the Waffen SS and a host of other Nazi memorabilia.

In 2020, the Spanish military had a similar problem. Leaked online chats showed retired officers praising the Franco regime. They discussed shooting left-wing politicians. The head of the military dismissed the issue.

The army takes criticism badly. Yet something is wrong inside the military. There must be more education and accountability, and this is increasingly a matter of public safety. When cases like these emerge in the UK forces, the term ‘a few bad apples’ is usually thrown around. This is no longer enough. A proper investigation needs to be carried out to find out the extent of far-right activity.