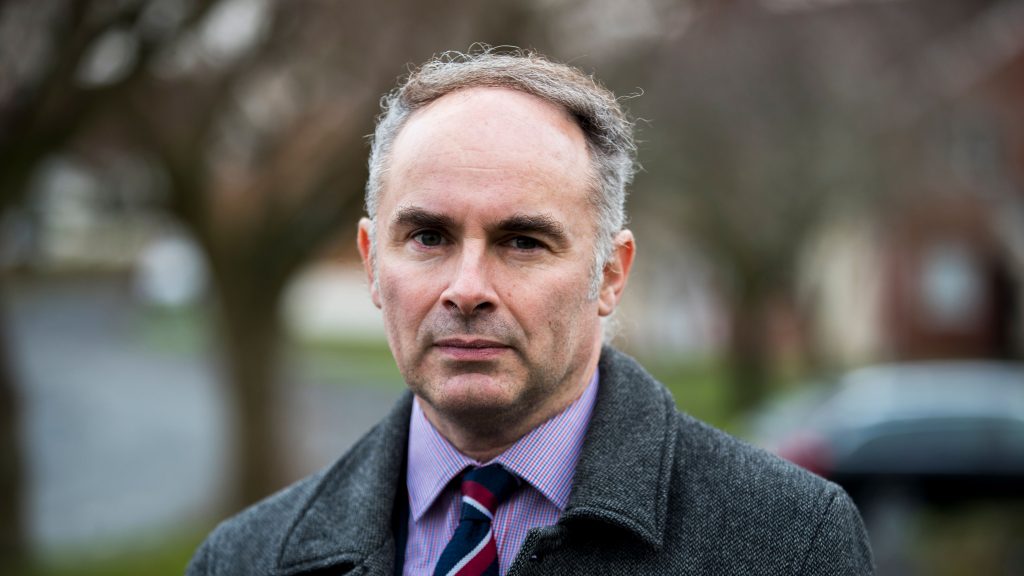 New DUP leader Jeffrey Donaldson has been rocked by the resignation of a Stormont MLA. Alex Easton’s statement announcing his decision to leave the party after 21 years comes on Donaldson’s first full day in the leadership role.

The North Down MLA, who will now sit as an independent, cited a lack of “respect, discipline or decency” within the DUP as one of the reasons he is quitting the party. His move comes after two months of unprecedented internal turmoil for the party.

Bitter divisions within the party have been laid bare after successive revolts deposed former leader Arlene Foster and then her successor Edwin Poots, who quit after just 21 days in the job. Poots’ demise came only weeks after he narrowly defeated Donaldson in the leadership contest to succeed Foster.

Easton announced his resignation in a statement reported by the County Down Spectator and Belfast Telegraph on Thursday. Several party councillors have also quit the DUP in recent weeks. Easton said:

It is with great sadness and hurt that I find myself doing one of the hardest things in my life and resigning from the DUP,

I have had to stand back and watch as colleagues tear themselves apart, brief against other colleagues and run to the media in order to hurt each other on a daily basis. There is no respect, discipline or decency, I have just had enough.

This is not something that I want to be a part of as a unionist – it is not Alex Easton. No matter who people supported during the recent leadership contest, I find elements from both sides are equally to blame for recent events, and it continues.

The source of current DUP discord?

After formally being ratified as leader by members of the DUP executive on Wednesday night Donaldson vowed to unite the party after several weeks of turbulence. He also said he expected prime minister Boris Johnson to “right the wrong” of the Northern Ireland Protocol.

The party’s 130-strong executive met at the La Mon Hotel to approve his appointment on Wednesday.

Donaldson, the party’s 58-year-old Westminster leader, was the only candidate to put his name forward for the DUP leadership after the dramatic resignation of Poots earlier this month.

Referring to recent discord within the party, Donaldson said:

There has been a lot of talking, I have spent time over the past few days talking quietly to colleagues, including Edwin (Poots).

There have been things we have said to each other, recognising the hurt that has been caused. I think that has been good, it has been cathartic for the party and I think there is now a united determination. There is a desire to unite, to draw together, because in our unity is our strength.

Donaldson also referred to the ongoing row over the Northern Ireland Protocol after a High Court ruling on Wednesday said that it conflicts with legislation that created the United Kingdom but is still lawful. 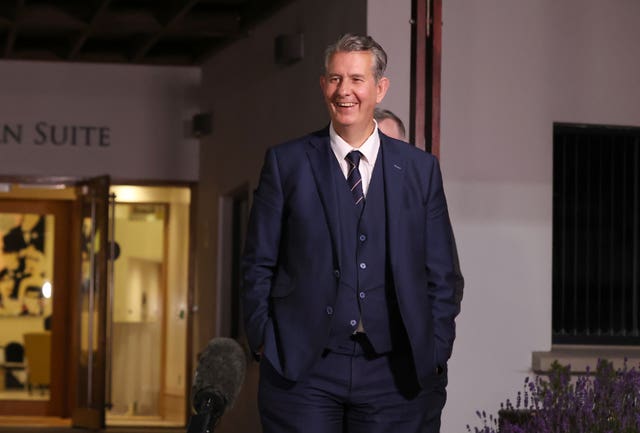 Will Donaldson take the risk?

The new leader has made clear his intent to return from Westminster to assume the first minister’s job at Stormont.

However, the timeline for that move remains unclear. He would have to trigger a parliamentary by-election in Lagan Valley in order to re-enter the Assembly and it is unclear whether he would want to prompt such a contest in the near future, given the DUP’s recent poor poll ratings.

Donaldson is due to make his first keynote speech as party leader at a Belfast hotel on Thursday morning.