Refugees, including children, held in ‘shocking’ and ‘completely inappropriate’ conditions - The Canary 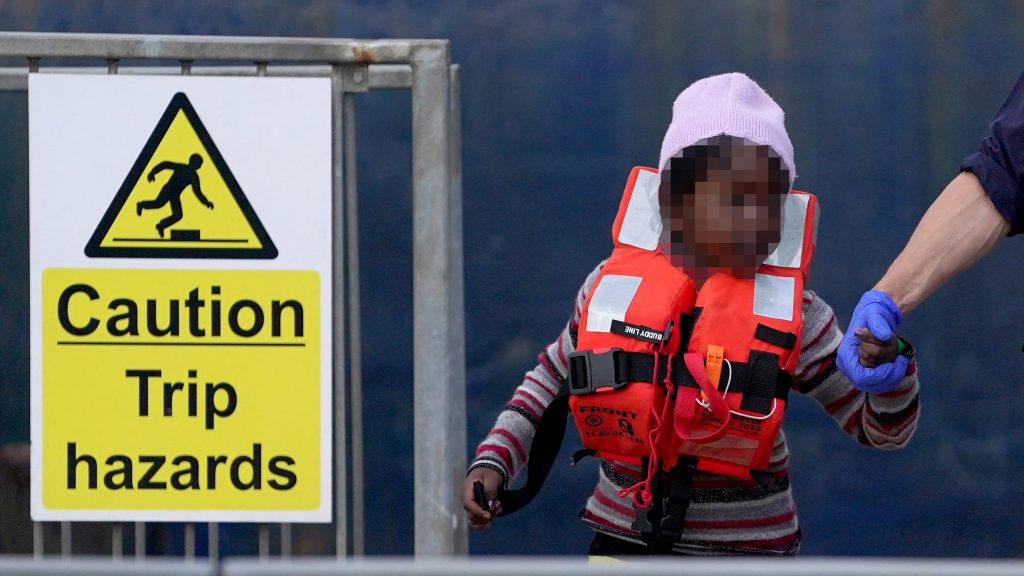 Women with babies and children were among 56 migrants packed into a small room in “shocking” conditions in Dover, the home secretary has been told.

Priti Patel has been sent a letter by Yvette Cooper, chair of the Home Affairs Committee, raising “serious concerns” after MPs visited the Kent Intake Unit.

As well as concerns over overcrowding and the length of stays, the committee was “very concerned” about the “clear risk” of a Covid-19 outbreak.

In the letter, Cooper said: “I am writing to raise serious concerns about the shocking conditions the committee observed during its visit to the Kent Intake Unit yesterday.

“The holding room facility, in which detained asylum seekers wait for onward placement and screening, is wholly inappropriate.

“Yesterday there were 56 people packed into the small waiting room. The space is clearly unfit for holding this many people.

“Most people were sitting or lying on a thin mattress and those covered almost the entirety of the floor including the aisles between seats.

“Sharing these cramped conditions were many women with babies and very young children, alongside significant numbers of teenage and young adult men.

“We heard that the maximum period of time any individual should be held in this room is 24 hours but that in recent weeks some people have been kept in this small holding room for periods up to 36 and 48 hours.”

Cooper said the committee also visited the atrium facility, where people stay when they are no longer in detention and awaiting onward travel.

She said atrium is “essentially an office space” with a large central room and several adjoining offices.

She wrote: “We heard that since Kent County Council stopped accepting unaccompanied child migrants on 14 June 2021, there have been five stays of over 200 hours (10 days) in this office space and increasing numbers of multiple-day stays.

“The Permanent Secretary has now confirmed in correspondence to the committee that one of the individuals held in this office space for over 10 days was an unaccompanied child.

“One girl was sleeping on a sofa in an office, as the only available separate sleeping accommodation.

“For children, this kind of accommodation for days on end is completely inappropriate.”