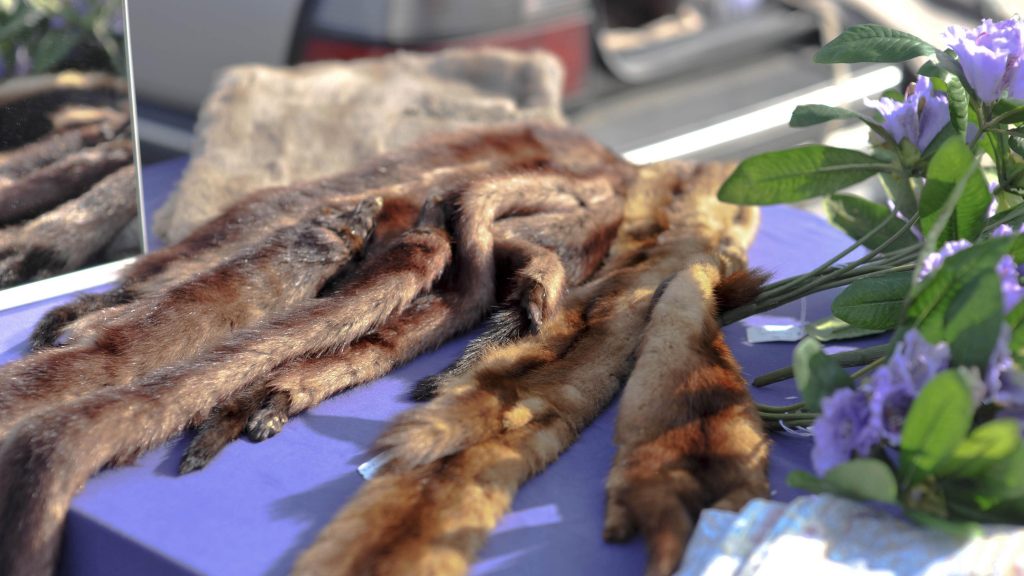 Allowing fur to be sold in the UK is “effectively outsourcing animal cruelty”, a cross-party group of MPs and peers has said. The group of 102 parliamentarians has written to environment secretary George Eustace to call on the government to ban the import and sale of animal fur. This comes more than 20 years after fur farming was banned in the UK.

In their letter, the group said:

Despite banning fur farming in 2000, the UK currently allows imports of tens of millions of pounds of animal fur each year.

By continuing to allow the sale of fur, we are exercising a double standard, and effectively outsourcing animal cruelty.

Labour’s Maria Eagle said banning the sale of fur could also help prevent future pandemics by reducing the demand for fur farms, which are believed to act as “reservoirs” for new viruses.

The coronavirus pandemic should force governments the world over to reconsider the way we farm, keep, and interact with animals. Exploiting fur-bearing wild species in unsanitary, overcrowded and inhumane factory farms is not only cruel, but also imposes potentially devastating public health risks.

Conservative MP Christian Wakeford said Brexit meant the UK could now “set a global example on animal welfare”. Previously, the government had said a sales ban would be incompatible with EU rules.

The UK has entered a new chapter in its trading relationship with the rest of the world. Banning fur sales will send a strong message that we intend to use this new beginning to set ourselves apart as world leaders in animal welfare.

There has never been a better time to end our association with this cruel, outdated and unnecessary practice and I hope the strength of cross-party feeling on this issue encourages the Government to introduce a ban at the earliest opportunity.

In June, a group of 60 vets and virologists also wrote to Eustace warning of the dangers posed to public health by fur farms. An opinion poll by Yonder published in May showed 72% of the British public supported a ban on fur sales, with just 12% opposed.