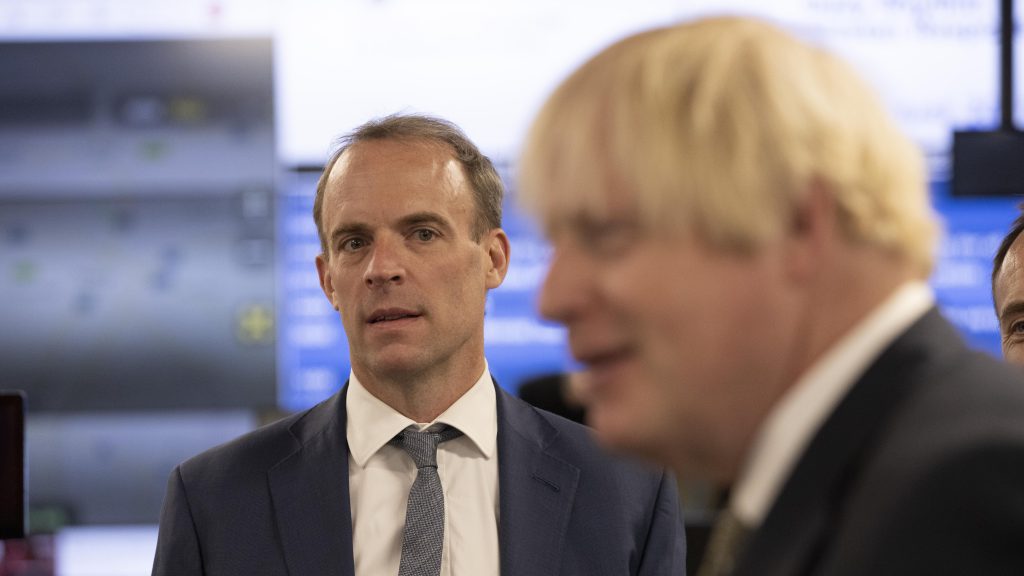 Boris Johnson has “full confidence” in Dominic Raab despite bitter Whitehall infighting about the performance of the foreign secretary as Afghanistan fell to the Taliban.

Downing Street said there were no plans for a reshuffle following widespread reports claiming that Raab’s position is under threat. Hostile briefings from government insiders have seen the foreign secretary labelled a “control freak” who would be “toast” when the prime minister carries out a shake-up of his Cabinet.

The prime minister’s official spokesman told reporters there were “no plans for any reshuffle”. They added:

The Prime Minister has full confidence in his Foreign Secretary

The foreign secretary, who was on holiday in Crete as the Taliban swept away opposition, has denied claims that he did not speak to ministers in Afghanistan and Pakistan for months ahead of the evacuation crisis. He called the allegations “not credible and deeply irresponsible”.

The Sunday Times reported that the foreign secretary had “shown no interest” in taking calls from either country’s government in the six months before the evacuation. The newspaper cited an unnamed Pakistani official, who said Raab had thought of Afghanistan as “yesterday’s war”.

On 31 August, Raab hit back at the claims, and said there had been a “team effort” across the Foreign, Commonwealth and Development Office to communicate with the two countries. He told Sky News:

Anyone that is toddling off to the Sunday Times or any other newspaper at a time of crisis, including the evacuation which has been two weeks running, giving buck-passing briefings either at me or the FCDO is, frankly, not credible and it is deeply irresponsible.

The Cabinet minister added that he had spoken to Pakistani foreign minister Shah Mahmood Qureshi “more intensively given the evacuation” and defended the Foreign Office’s record in Afghanistan, because it has supported the evacuation of 17,000 people since April.

However, he was unable to name any time before the last few weeks in which he had spoken to ministers from either Pakistan or Afghanistan.

I can’t tell you my precise call sheet for the last six months.

He claimed he was part of a “team of ministers” and delegated phone calls to colleagues, including Foreign Office minister lord Ahmad of Wimbledon, who had led the UK’s relationship with the Afghan government.

It is right that you have delegation, a division of labour, if you are going to operate effectively as a team. Anyone who tells you otherwise has not done a job like this.

The Foreign Office told the Sunday Times that Raab had spoken to Pakistani minister Qureshi on 22 and 27 August – both dates after the fall of Kabul – but could not cite any earlier conversations between the two men in the last six months. It instead said that Ahmad was responsible for communicating with Pakistan and Afghanistan as the minister for South Asia.

Raab faced criticism for not returning early from his holiday in Crete earlier this month, as Kabul was seized by the Taliban. The foreign secretary has said that “with hindsight” he would have abandoned his holiday sooner.