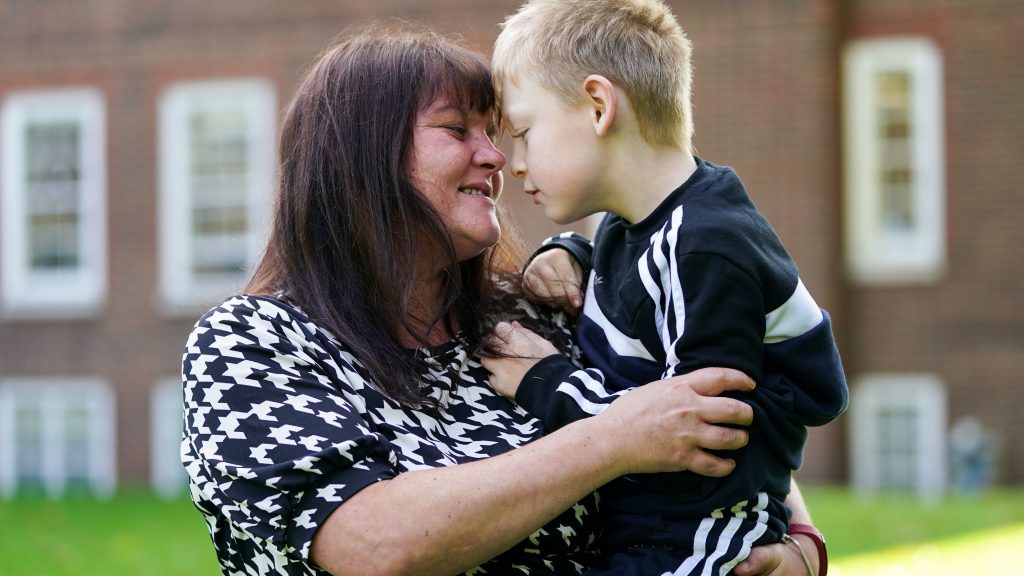 The mother of a five-year-old boy has urged other parents to “fight” for their children after winning what has been described as a “David and Goliath” legal case against the Environment Agency (EA). Rebecca Currie lives with her son, Mathew Richards, in Silverdale, Staffordshire, about 400 metres (440 yards) away from a landfill accused of emitting noxious gases that risk shortening her son’s life.

On Thursday, Mr Justice Fordham made a declaration at the High Court that the EA “must implement” Public Health England’s advice to reduce concentrations of hydrogen sulphide in the local area to one part per billion, less than an eighth of the level that can be smelled, by January 2022.

Speaking after the judgment, Currie expressed her relief that her son, and the community who live in the vicinity of the Walleys Quarry landfill, would have a chance for clean air.

She told the PA news agency:

This decision today, it’s going to give Mathew and the community fresh air again. Not what we’ve been breathing in.

At a hearing in August, the High Court in London heard that her son Mathew was a vulnerable child, born prematurely at 26 weeks with a chronic lung disease and who needed oxygen support for 19 months. Currie feared she would be forced to move home if she lost the legal action. She said:

Now I can stay in my own home because I was being forced out,

Obviously I couldn’t let Mathew live there any longer if the answer hadn’t gone in his favour today.

“You need to fight, fight”

She urged parents to stand up for their children, saying:

If you’ve got a child and you need to fight, fight. Don’t back off from it. Do what I’ve done – fight for it.

Currie said she was “angry” that the EA was able to carry on operating the landfill for as long as it was. She added:

I really am angry about that because at the end of the day there were thousands of complaints,

When the first couple of hundred were coming in, they should’ve acted then but we’ve just been fobbed off.

This is truly a David and Goliath case where a mother has faced up to the Government agency which is supposed to protect public health and yet has failed so badly to do so.