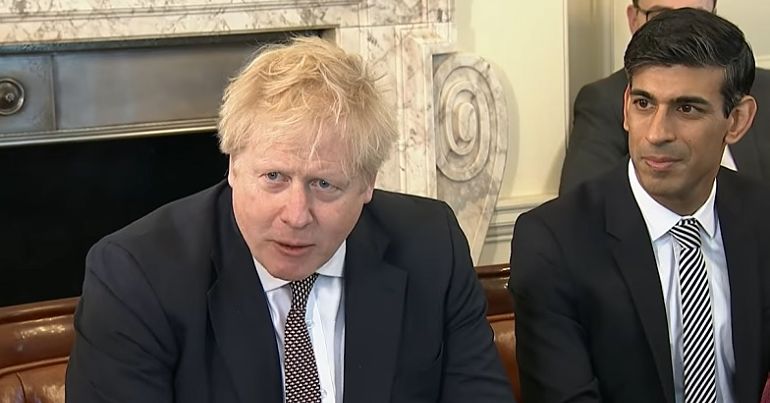 On 15 September, prime minister Boris Johnson began reshuffling his cabinet of senior ministers. This dramatic turn of events coincided with the parliamentary debate on the government’s proposed £20 per week cut to universal credit. Some have speculated that the cabinet reshuffle was a technique to distract the public from the government’s drastic cuts.

In spite of the significant changes to the prime minister’s cabinet, people took to Twitter to point out that replacing one Tory with another is fairly inconsequential, as there is no such thing as a good Tory. Rosie Holt shared:

Possibly referring to Raab’s comments suggesting that the UK should trade with nations known to violate the European Convention on Human Rights in the name of growth, David Osland said:

As trade minister, she forced weapons sales to Saudi even after £15 billion of BAE systems arms helped drive Yemen to the point of famine

The new Secretary of State for Culture Wars. https://t.co/ypepsaGTUY

The dramatic turn of events coincided with a parliamentary debate on the government’s plan to cut an uplift to universal credit by £20 per week. Arguing that the prime minister’s cabinet reshuffle is simply a distraction from the Tories’ cut to universal credit, Rachel Wearmouth shared:

This reshuffle completely distracts from the vote on Universal Credit, btw, and the fact that slashing the £20 uplift is going to push people into poverty.

So many journos drooling over the reshuffle, using their large platforms to share *breaking* news with us whilst a seismic cut to Universal Credit is being made. A grotesque assault on working class people is taking place & they are largely silent on it. Utterly reprehensible.

UN special rapporteur on extreme poverty and human rights Olivier De Schutter has written a letter urging the UK government to reconsider the proposed cut. He argues that it may be in breach of international human rights law and is likely to push an estimated half a million households into poverty:

Sharing a video of her speech at the House of Commons debate – in which she recounted correspondence from constituents on the potentially devastating impact of the cut on their lives – Coventry South MP Zarah Sultana tweeted:

When I asked people to contact me about the impact of the £20-a-week Universal Credit cut, I was overwhelmed by the response. The messages were heartbreaking.

I can't do justice to the depth of pain and anger, but today I spoke and voted against this attack on the working class. pic.twitter.com/Z8mdQKZ5Pw

Highlighting that the £20 per week cut to universal credit will disproportionately impact poor and disabled people, Labour MP for Hemsworth John Trickett tweeted:

Stripping away £20 a week from the disabled while putting their energy bills up £139 should be a criminal offence.

Setting out the impact of the planned cut coupled with the rise in national insurance tax on disadvantaged young people, Howard Beckett shared:

In the next few months, low income working households face:

Campaigners from organisations including the People’s Assembly, Black Lives Matter, the National Education Union and Campaign For Nuclear Disarmament are coming together. They’re holding a national demonstration against the government’s “corruption, cronyism and exploitation” during the Tory party conference in Manchester on 3rd October.