Jodey Whiting took her own life after the DWP stopped her benefits. Her family still awaits justice. - The Canary 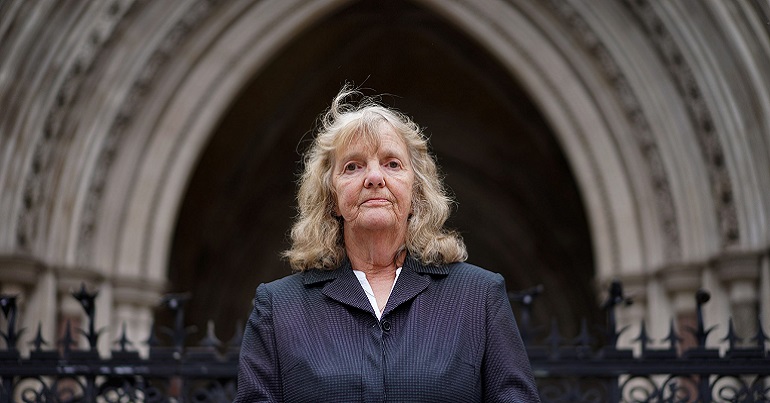 The mother of a disabled woman who took her own life, after the Department for Work and Pensions (DWP) stopped her social security, has expressed her ‘bitter disappointment’ that the High Court will not launch a fresh inquest into her daughter’s death.

Jodey Whiting was a 42-year old mother. As The Canary previously reported, she took her own life after the DWP stopped her social security.

Because the DWP stopped Whiting’s Employment and Support Allowance (ESA), she also lost her Housing Benefit and Council Tax Reduction. Whiting lived with various physical health conditions and mental health issues. These included a brain cyst, curvature of the spine, and bipolar disorder. Whiting was taking 23 tablets a day for her illnesses and conditions.

She took her own life on 21 February 2017, three days after the DWP made her last ESA payment. This was because she missed a Work Capability Assessment (WCA). According to solicitors Leigh Day:

In May 2017, a coroner failed to consider any role the DWP and its decisions had in Whiting’s death. So her family and Leigh Day took the matter to the High Court. They were asking for a new inquest into her death. But on Friday 17 September, the court denied her family this justice.

The inquest conducted by the coroner was short but fair. It covered the legal ground and dealt with the evidence before the coroner including the views of Ms Whiting’s family.

It is likely to remain a matter of speculation as to whether or not the department’s decision caused Ms Whiting’s suicide.

In my judgment, it would be extremely difficult for a new inquest to conclude that the department caused Ms Whiting’s death.

However, the DWP’s defence of itself during the case was highly troubling.

As The Canary previously reported, the department claimed that the mistakes it made in Whiting’s case were not caused by flaws in the benefits system itself. The DWP’s solicitor said:

People make mistakes. I can understand in this arena and with the tragic events that happened that those failures are highlighted, and rightly so. The system has failed but it does not fail a great many times.

But as The Canary documented, at least 35,000 people have died on the DWP’s watch since 2011. They died either waiting for the DWP to sort their claims or after it said they were well enough to work or start moving towards work. Moreover, in 2018 alone there could have been 750 (if not more) people who took their own lives while claiming from the DWP. But across five years, the department only reviewed 69 cases of people taking their own lives.

I am bitterly disappointed by the High Court’s ruling.

More than four years on from losing Jodey the DWP has still not had to answer for the role that I believe they played in her death.

Despite dismissing my application the judgment makes it clear that the behaviour of the DWP has been shocking and I welcome the High Court ruling that Jodey’s ESA should never been withdrawn.

This is not the end. I am not giving up and I will continue to fight for justice for Jodey. Thank you to all those that have supported me in this fight so far.

It’s unclear what the next steps will be for Jodey’s family. But it is clear that the problems within the DWP are systemic – despite what it claims.